Bangladesh emerging as a new IT hub in South Asia

Dhaka's companies are currently overshadowed by their Indian peers when it comes to providing IT services globally. But with improving infrastructure, Bangladesh is becoming a significant software exporter. 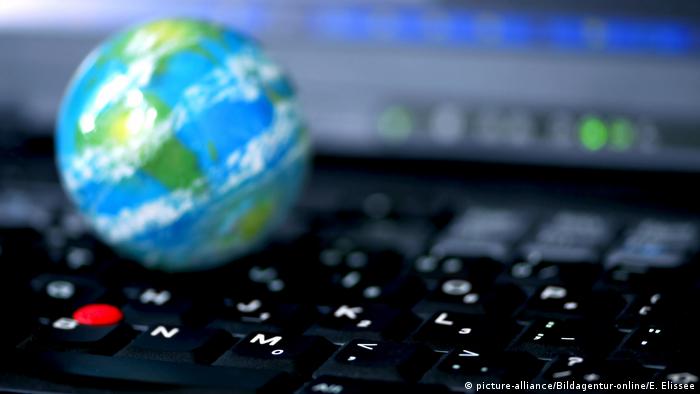 IT companies in Bangladesh started exporting software around two decades ago, joining the business process outsourcing (BPO) bandwagon in the 1990s. Since then, many of them have diversified into exporting computer programs, according to Syed Almas Kabir, the president of the Bangladesh Association of Software and Information Services (BASIS).

Kabir's organization, BASIS, started with 17 companies in 1997. Now, the association has over 1,170 members and several have begun exporting their services globally.

Data Soft, for example, began its journey in 1998. Its Managing Director Mahboob Zaman told DW, "It was 1996 and the world was anxious about Y2K, which could cause a problem for computer systems in 2000. At the time, Indian tech companies announced that they had found the solutions for the problem. We thought if India could do such a lot of things, why couldn't we?"

In the early 2000s, Zaman went to Bangalore, India's IT capital, with Muhammed Zafar Iqbal, a teacher at the Shahjalal Science & Technology University in Sylhet, in Bangladesh's northeast, and visited the offices of the software giant, Infosys. After they returned, Zaman established Data Soft with the slogan, "We make software, we make computers meaningful."

"At the time, computer sciences were taught only in the Bangladesh University of Engineering and Technology (BUET)," he told DW, adding that after graduating, students would leave the country. Zaman did not get the chance to recruit them for his company. Instead, he began training students who had graduated in engineering or other science subjects.

Data Soft now exports IT services to countries like the Netherlands, Norway, Finland, England, EU, USA, and Saudi Arabia. Three years ago, the company introduced an IoT-based toll management system in the Democratic Republic of Congo (DRC). Recently, it partnered with Johnson Control Hitachi, one of Japan's biggest technology firms. Data Soft is also working with Face Recognition Systems for some schools in Florida in the United States and providing a monitoring technology for central water management in Mecca, Saudi Arabia.

Similarly, at the end of 2016, another IT firm called Reve Systems released its first antivirus software in Bangladesh. The company's Ibnul Karim Rupen said, ''Commercially, we launched it in 2017. After receiving positive feedback from users, we started to export it to India at the end of that year and then expanded our market to Nepal.'' Now Reve has begun exporting the product globally. "We started exporting to African countries like Tanzania, Kenya and so on. Then we expanded to Ukraine, Belarus and Moldova,'' Rupen said, adding that Reve had online customers in 50 countries.

Other indigenous companies like Tiger IT have developed a voter registration system for Nepal and followed it up with a transport management system in the country. Tiger IT has also been involved in projects in India and Bhutan. Recently, Pathao, a startup, launched ride-sharing services in the Nepalese capital of Kathmandu.

According to the Global Location Service Index, a market analysis tool offered by AT Karney, Bangladesh ranks 21st in IT outsourcing, business process outsourcing and software development. The country also has the second-largest number of freelancers worldwide, according to the Oxford Internet Institute, and more than 40,000 people work in the outsourcing industry, earning more than $300 million (267 million euros) every year, according to the Bangladesh Association of Call Centre and Outsourcing (BACCO).

According to Syed Almas Kabir, president of Bangladesh's IT companies' association BASIS, many firms are getting involved with new technologies like the Internet of Things (IoT), artificial intelligence and blockchain. Demands for more services in these areas will increase, he told DW, adding that universities also needed to modify their subjects to cater to new demands.

The association is now looking to expand its outreach in potential markets, including Japan, USA, UK, Denmark and in African countries. Kabir told DW: ''We have already submitted a proposal to the government. We want to create a Bangladesh desk in Japan. We will recruit some local people in this endeavor to promote our companies."