The governor of Bangladesh's central bank has stepped down after hackers stole more than $80 million from the nation's foreign reserves. The cyber theft is one of the largest bank heists in history. 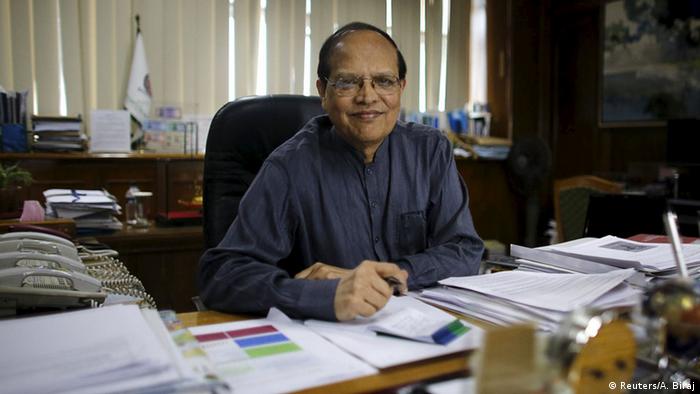 "He called me yesterday and I've asked him to resign. And he has resigned today," Minister Abul Maal Abdul Muhith told news agency AFP.

Unknown cyber criminals hacked into the computer systems of Bangladesh Bank and stole $81 million (72 million euros) from its account at the Reserve Bank of New York between February 4 and 5. The money was then allegedly transferred electronically to casinos in the Philippines.

The theft is one of the biggest cyber heists in history and raises questions about the security of Bangladesh's foreign exchange reserves of over $27 billion. It's also a huge embarrassment for the Bangladeshi government, but it could have been worse. The bank said the hackers had tried to steal a total of almost $1 billion from the US account but were only blocked from taking more after a typo in one of the transfer requests raised a red flag.

The hackers had reportedly bombarded the New York Fed with 35 separate requests to withdraw money. They also carried out the raid on a Friday in an apparent attempt to exploit gaps in communication between banks at weekends. The US reserve bank denied its own systems were breached.

One month in the dark

Officials at the Bangladesh Bank said they had managed to recover some of the funds, and were working with Filipino authorities to try and trace the stolen money.

Rahman's resignation comes after finance minister Muhith revealed over the weekend that he hadn't known about the heist until one month later when it appeared in the news.

"Bangladesh Bank had the audacity not to inform me. I am certainly going to take action against it," he told reporters on Sunday.

Rahman, a respected economist, had been head of the central bank since 2009 and was due to retire in August. He launched a series of policies to make bank services available to millions of rural poor, but his tenure was also marred by a series of high-profile banking scams in which state-owned banks lost millions in bad loans.

Last month, hackers plundered the accounts of Bangladesh's central bank, making off with $80 million. It was one of the biggest banking heists in history - and it would've been a lot bigger were it not for a simple typo. (10.03.2016)

While the Fed's rate raise was welcomed in Asia as a sign of strength, experts warn the impact may be much more severe by the end of next year, with US policymakers projecting four quarter-point rate hikes. DW examines. (17.12.2015)