Close to 50 people are missing after a passenger boat collided with a cargo ship at a lake in the eastern Brahmanbaria district. Local authorities fear that the death toll will rise. 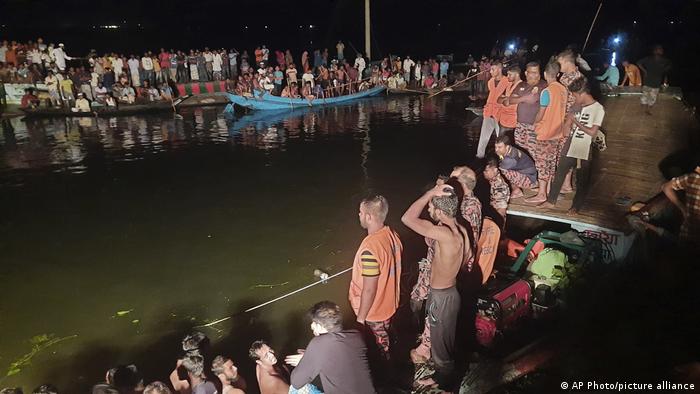 A boat carrying more than 70 people sank in Bangladesh’s Brahmanbaria district on Friday after a collision that involved a sand-laden cargo ship.

At least 21 people died and close to 50 were missing, as rescue operations took place late into the night.

The incident took place in the Bijoynagar area, about 82 kilometers (51 miles) east of the Bangladeshi capital, Dhaka.

"We have recovered 21 bodies including nine women and six children so far," said local government administrator Hayat-Ud-Dola, adding that the toll would likely rise.

He said the boat and the cargo ship's steel tip collided, causing the passenger vessel to capsize.

"I was grazing cattle on the bank of the pond. I heard a loud noise and saw the cargo vessels hitting the passenger trawler. I saw the trawler sinking quickly," witness Nurul Amin told local media. He said two cargo vessels hit the boat. 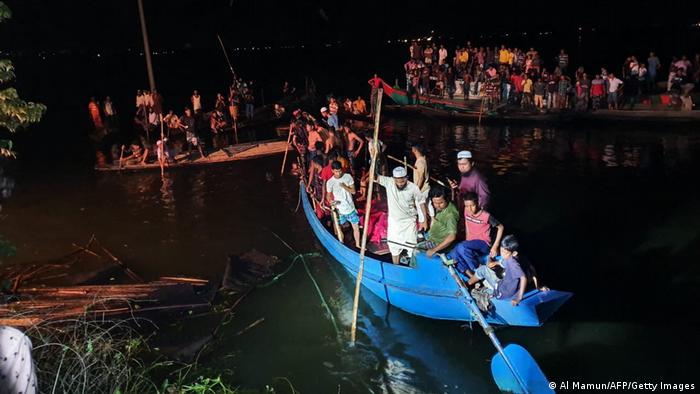 About 50 people are missing as rescuers attempt to locate bodies

Akhi Akter was traveling on the boat with her son, mother-in-law and brother-in-law when it capsized.

"When the accident occurred, I managed to swim back to the bank. But the rest of my relatives are still missing," she said.

While waterways are a common way to move people and goods in Bangladesh, poor enforcement of safety measures has led to deadly accidents in the past.

In April and May, at least 54 were killed in two separate boat capsizing accidents in the country.