Survivors have described the hard-hit Abaco islands as unsafe and uninhabitable, with hundreds desperate to flee. Prime Minister Hubert Minnis confirmed the death toll at 43, but expects the number to rise. 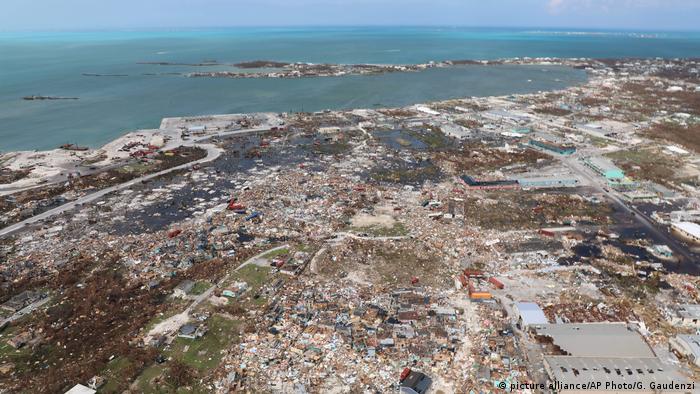 Search-and-rescue operations in the Bahamas are racing to reach communities devastated by Hurricane Dorian, while several hundred survivors in Abaco's Marsh Harbor waited on Saturday to be transported from the island.

The official death toll of Hurricane Dorian rose to 43, but government officials have said the figure is likely to rise.

Dorian was the most powerful hurricane on record to hit the Bahamas, as it parked itself over part of the country for nearly two days as a Category 5 storm with wind gusts topping 320 kph (200 mph). The hurricane is now moving as a Category 2 storm up the east coast of the US toward the Canadian maritime province of Nova Scotia.

"We acknowledge that there are many missing and that the number of deaths is expected to significantly increase," Bahamas Prime Minister Hubert Minnis said.

"This is one of the stark realities we are facing in this hour of darkness." Minnis added, saying that the loss of life in the country was "catastrophic and devastating."

Hurricane Dorian left large swaths of the northern Bahamas as wasteland. Homes were leveled, cars and boats were tossed around and survivors described an overwhelming smell of death in parts of Great Abaco Island.

'Too many dead bodies' in Abaco

Bahamian authorities said all ports in Grand Bahama and in hard-hit Abaco had been reopened.

Storm survivors flocked to the reopened transportation hubs in hopes of receiving aid or getting out. Bahamian security forces have been assisting as evacuations begin. 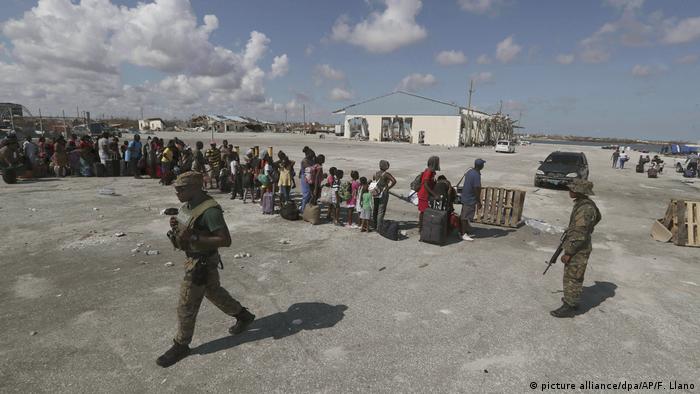 Survivors in Abaco's Marsh Harbor line up to evacuate on Saturday

Residents described conditions on the islands as oppressive and unsanitary. Chamika Durosier, a survivor waiting at the Abaco airport, told AFP that the island was unsafe.

"It's chaos here," said Gee Rolle told AFP as he and his wife waited for a boat in Abaco, hoping to reach the capital, Nassau. "It ain't livable for nobody. Only animals can live here," he added.

Claudin Loriston, a Haitian carpenter who fled Abaco, told Reuters that there were "too many dead bodies" on the island.

"The government needs to remove everyone from the island, the smell is everywhere, it's in the water," Loriston said.

The Pan American Health Organization described the situation in parts of Abaco island as "desperate" and warned of the risk of diarrhea and waterborne disease outbreaks from contaminated drinking water.

Relief groups have focused on getting doctors, nurses and medical supplies on the ground in the hardest-hit areas, such as Abaco, and helping survivors obtain food and safe drinking water. 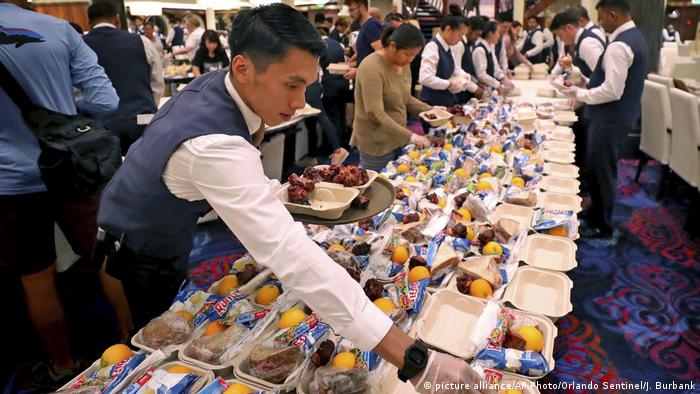 The US Coast Guard, the United Nations, the British Royal Navy, American Airlines and Royal Caribbean, as well as other private and relief organizations, have all mobilized to help evacuate and send in food, water, generators, roof tarps, diapers, flashlights and other supplies.

The US Coast Guard says it has rescued a total of 290 people in the Bahamas.

US broadcaster CNN reported the arrival in Florida of a cruise ship with more than 1,400 evacuees. A shelter was set up for the hurricane survivors, but many of them were also reuniting with family members in the state.

The American Red Cross said it had committed an initial $2 million (€1.8 million) to help the Bahamas recover from the hurricane.

"Our relief operation is growing, but we are also facing serious challenges in terms of delivering aid," Red Cross spokeswoman Jennifer Eli said. "Even search-and-rescue choppers haven't been able to reach some people because there's no place to land. These challenges are affecting everyone."

The United Nations said last week that some 70,000 people were "in immediate need of life-saving assistance" in the archipelago. The most urgent needs are currently food, water, shelter and medicine.