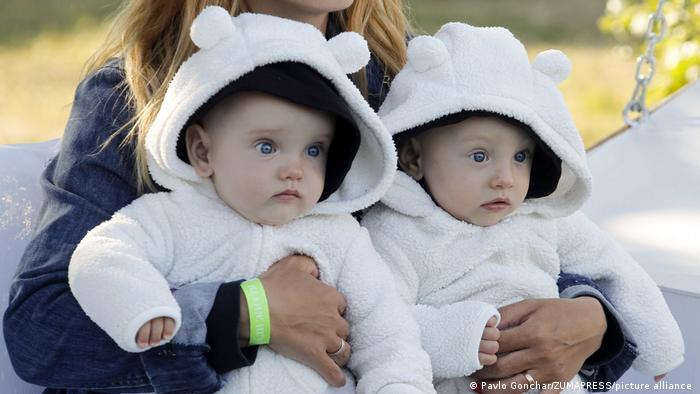 Has the pandemic caused a baby boom or bust? It clearly depends on the region

In 2016, the Chinese government abandoned its one-child policy and for the first time in decades expressly invited married couples to have a second baby.

"Thanks, but no thanks," most of them said. Increasingly perturbed, Beijing last month tried again, this time going a step further by permitting three children.

Policy experts aren't holding their breath. In a country where fertility was brutally policed for years, reversing course in order to pay for the next generation of pensions isn't exactly an easy sell.

It's not just China, either. As people live longer and more expensive lives, wealthy nations all over the world are seeking to boost birth rates. In most advanced economies, fertility levels are far below the 2.1 children per woman needed to maintain a population.

The economic implications are obvious. Aging populations and shrinking labor markets are a toxic combination. Young people resent having to pay more for the upkeep of their parents and grandparents, while older generations fear the prospect of working well into their twilight years.

When the pandemic hit, there was much speculation about what effect it would have on demographics. Would financial and existential uncertainty cause a baby bust? Or would the chance to slow down give people the impetus to start a family?

The early results are in and they vary significantly depending on where in the world you are. The United States, like China, saw a marked continuation of its already declining fertility rate. 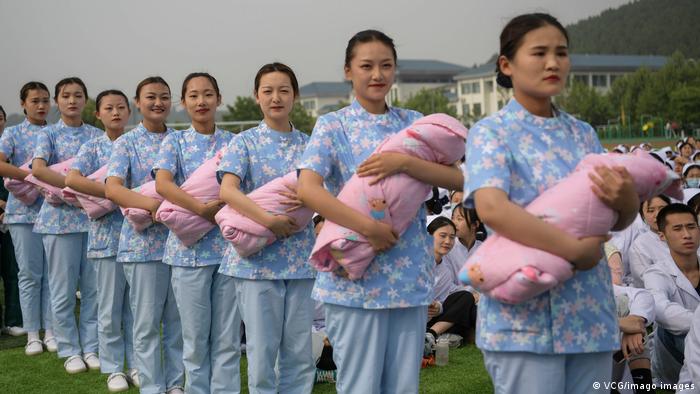 A report by the US Centers of Disease Control and Prevention showed the number of births fell by 4% last year, amounting to a record low.

US President Joe Biden appears keen to reverse the trend. He has earmarked $200 billion (€168 billion) to pay for preschool for three- and four-year-olds and has vowed to limit the cost of child care for low- and middle-income families to 7% of household income.

Impact yet to be seen

It will be several years before it becomes apparent whether such policies will have an impact on fertility rates in the world's largest economy. For the time being, at least, Americans are holding off on procreating.

Meanwhile here in Germany, a different trend is emerging. Data from March shows the country's birth rate hit its highest level for that month in over 20 years.

There are many possible reasons. One is a strong social safety net, which has enabled millions of people to hold onto their jobs while participating in a generous short-time work scheme during the pandemic.

Another is the system of mandatory health insurance, which may have left people feeling less afraid of the fate of their babies in case they fell on hard times. Or perhaps other factors, yet to be identified, were at play.

As both a business journalist and a mother-to-be, I should be in a unique position to know. But the truth is, I'm not. As I have been writing this column, my five-month-old fetus has been busy pounding against my stomach wall, an indignant reminder perhaps, that life is more than an economic consideration.

When she is born, her birth will be recorded as a number, one to support or diminish an existing trend. To me, whatever dot on a graph she represents, will be a small miracle.

How to solve Taiwan's baby bust?

Can Taiwan's baby bust be reversed?