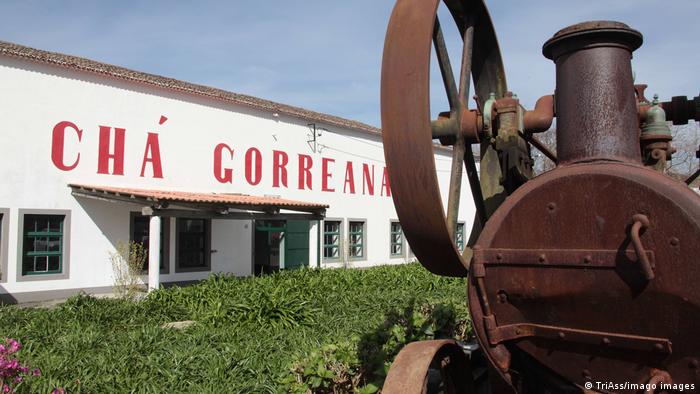 They are as close to the American continent as they are from the European mainland: the Azores — a lonely outpost of Portugal in the mid-Atlantic. But it is not only the location of the islands that is special. There is never a frost here, and the climate stays mild and humid all year round. Broad parts of the island group have thus developed into a lush, evergreen paradise. Colorful blossoming hydrangea bushes grow in the fertile volcanic soil, as well as sugar cane and tobacco — and also: tea!

The beginnings of tea cultivation in the Azores There are various stories about how tea first got to the Azores. One tells of a Portuguese commander, who is said to have brought the plants with him from Brazil; another names two Chinese men who visited the Atlantic islands in 1878. Whatever the truth, the import was a blessing for the islanders, as tea growing became an important source of income on the Azores for many decades. In its heyday there were a total of 62 plantations. The oldest still existing is Chá Gorreana, located in the north of São Miguel island. Tea has been grown here since 1883, and it is managed by the Mota family in the fifth generation. Many of the machines used for harvesting and processing the leaves are the same as those used in the early days, and many steps in the process are still performed by hand. Tourists can find out how for themselves, by visiting the plantation.

From plant to drink: a visit to the tea plantation

One of these guests was DW reporter Hendrik Welling. For the series "Europe to the Maxx" on DW's lifestyle and culture magazine "Euromaxx" he visited the oldest tea plantation in Europe. In the family business, he actively helped with the harvest and discovered how much work goes into every cup of tea. In the video you can learn everything about the individual steps of tea processing. 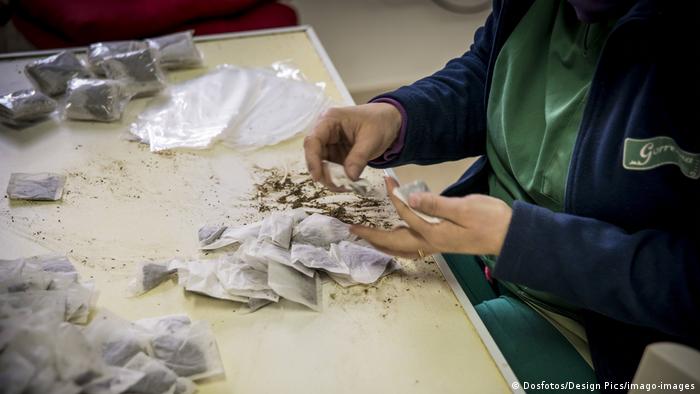 From sorting the leaves to packaging: all of this is still done by hand at Europe's oldest tea plantation

The harvest time is from April to September. After picking, the tea leaves are taken to the plant, where they are sorted by hand and then dried and fermented. Between 30 and 40 tons of black and green tea are produced here every year. In terms of price, tea from the Azores cannot compete with tea from India or Sri Lanka, but the owners of Chá Gorreana are not discouraged by this. They plan to continue exporting the tea from Europe's oldest plantation all over the world.

Getting there: Fly to Ponta Delgada on São Miguel, then it's around 30 minutes by car to the tea plantation in the north of the island.

Lose yourself in the world's biggest labyrinth

In the heart of France, Guédelon castle has been under construction for almost 25 years – using only medieval methods. Find out what this is all about in part nine of our series "Extreme Places".