A group of well-known European and African writers criticized leaders from the two continents for not addressing the situations in Zimbabwe and Darfur at an upcoming bilateral summit. 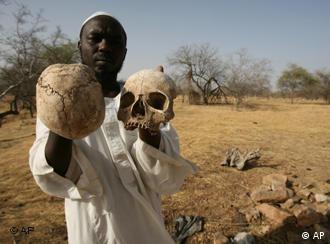 European and African leaders are missing the most important topics, said a group of authors

Former Czech President Vaclav Havel, Günter Grass of Germany, Ben Okri of Nigeria and England and John M. Coetzee from South Africa were among the authors who said leaders at the European Union-African Union summit in Lisbon, Portugal, this weekend were shying away from "two of the world's worst humanitarian crises."

"What can we say of this political cowardice? We expect our leaders to lead, and lead with moral courage," said the writers in an open letter published Tuesday in African and European newspapers.

"When they fail to do so they leave all of us morally impoverished."

Debate over participation of Zimbabwean president

The summit, scheduled for Dec. 8-9 in Portugal, is the first of its kind since 2000, said non-governmental organization Crisis Action, which publicised the letter in advance. 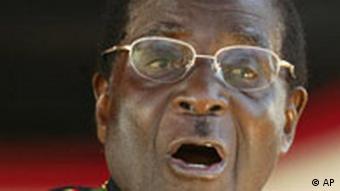 Mugabe has been accused of violently oppressing the opposition

Governance and human rights, peace and security, migration, energy and climate change, and trade are on the agenda in Portugal, which currently holds the EU presidency. The meeting is seen as an effort from Europe to strength ties with Africa at a time when China is also expanding economic activity on the impoverished continent.

Britain's Prime Minister Gordon Brown has said he would not attend the conference if Zimbabwe's President Robert Mugabe is also there, citing the leader's human rights record. Mugabe has widely been accused of running his country's economy into the ground and suppressing political opposition.

Zimbabwe has the world's highest inflation rate and the World Bank has said it has the fastest shrinking economy outside a war zone.

Except for Czech Prime Minister Mirek Topolanek, who is also expected not to attend the summit, other European leaders have not followed Brown's stance: German Chancellor Angela Merkel has said she will stay silent on the situation in Zimbabwe.

The majority of EU countries, including presidency-holder Portugal, have backed the African Union's position that Mugabe be allowed to join in the meeting.

Activists have also criticized the participation of leaders from Sudan at the Lisbon conference. The northern African country has taken heat for allegedly supporting militia groups accused of atrocities in the Darfur region.

Darfur, located in western Sudan on the Chadian border, has been the scene of ethnic killings for the past several years.

Armed conflict broke out again Tuesday morning in the area when Chad's army attacked an anti-government rebel group for a second day in their mountain hideout near the Darfur region of Sudan.

The violence comes just several weeks before an EU peacekeeping force of up to 3,700 troops is set to deploy to eastern Chad as part of a UN mission to protect civilian refugees and foreign aid workers.

EU member states have been accused of delays in providing promised aircraft, helicopters and medical units to the mission, reported Reuters news service.

"Millions of Africans and Europeans would expect Zimbabwe and Darfur to be at the very top of the agenda," wrote the authors in their open letter. "It is not too late."

At the close of an Africa conference, German President Horst Köhler accused industrialized countries of having a double standard towards Africa. He urged support for controversial European-African economic accords. (05.11.2007)

Authorities in Chad brought charges against 17 Europeans from three countries after a thwarted attempt to fly 103 children, said to have been Darfur orphans, to France. (30.10.2007)

Opinion: Europe Must Find a Common Voice in Africa

German Chancellor Angela Merkel posed for all the right pictures during her recent Africa tour, but what's missing is a joint EU policy on the neighboring continent, says DW's Ute Schaeffer. (08.10.2007)

What do you think should top the agenda at the EU-Africa summit in Lisbon? Please include your name and country in your reply.

Tsitsi Dangarembga: 'Access to books in Zimbabwe is very difficult' 22.10.2021