As meat consumption skyrockets, German writers and philosophers Peter Wohlleben and Richard David Precht insist that animals - and plants - have feelings, too. 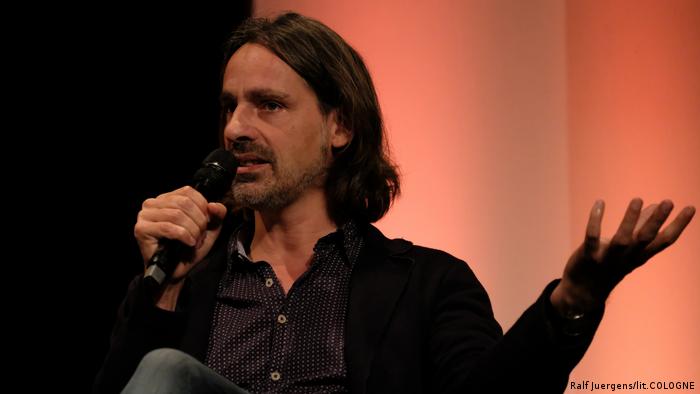 Meat production in Germany has risen rapidly over the last 20 years, with pork and poultry manufacture, for instance, growing by 50 and 75 percent, respectively. Yet as fewer farms produce more and more meat for the world market, increasing numbers of people - including meat eaters - feel very uneasy about industrial meat farming techniques that cause so much pain to animals.

Such dilemmas have been addressed in two recent books by German authors Peter Wohlleben, also a forester, and Richard David Precht (pictured above), who is best known for his philosophical works. 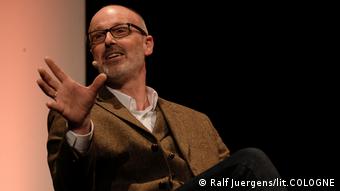 Animals are closer to us than we think, says Wohlleben in his bestseller, "The Spiritual Life of Animals," published in 2016. How could it be that we hunt, imprison, torture and kill animals and deny them any feelings, even the capacity to suffer? For one of Germany's most popular philosophers, Richard David Precht, our ignorant and cruel treatment of animals must be made more emotionally comprehensible - a point argued in his latest book, "On Animals: Animal Rights and Human Limitation" (2016).

When the two bestselling authors got together on stage for the first time during the recent lit.COLOGNE literary festival in the western German city on the Rhine, more than 1,000 people packed the auditorium. Wohlleben and Precht began by insisting that the audience would soon be ready to believe things they might recently have found laughable. 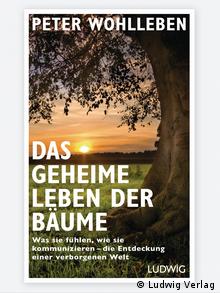 The notion that animals have feelings is not new. It has been proven that animals, like humans, speak to each other and that some species, such as ravens, cultivate lifelong relationships and friendships. But who would have believed that fruit flies dream? That roosters can tell lies? That there is no fundamental difference between fauna and flora? That plant organisms communicate with one another, sometimes over long distances, forming networks and adapting themselves to changing environmental conditions in order, for example, to combat pests? That trees can count and have feelings?

We must break out of our "thought prison," Wohlleben demands. "Nature has not devised an extra path for us humans." The success of "The Secret Life of Trees" (2015), his second bestseller, shows that many people agree. 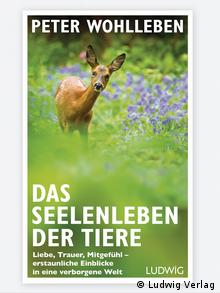 According to Berlin-based philosopher Precht, our love for animals is fixed around aesthetic standards and the fact that certain animals please us or have endearing names. However, we take little trouble to acknowledge the pain experienced by animals like cattle, pigs, chickens, turkeys or fish that satisfy our hunger for animal protein but are generally shunned from public view.

"Since the Enlightenment, we've viewed as as stimulus reflex machines," says Precht, but the history of the Enlightenment is the excessive exaggeration of reason." Feelings are hard to prove, even human feelings. "When someone says, I love you - how can they prove it? With animals, we look for evidence that we don't call for among humans."

Evidence that animals feel pain is inconclusive for some. But although a lack of scientific clarity partly informs our approach to animals, Precht says that our attitudes are ultimately shaped by economics, not science.

"We live in the Anthropocene, in an age shaped by man," he says. "But we should actually speak of the Monetocene, the age of money, of voracious capitalism. It is very difficult to convince a person of something that goes against their economic interests." 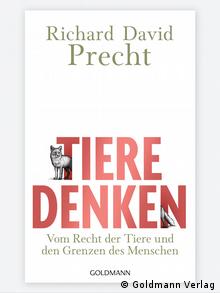 While factory farming poses a fundamental ethical and moral question, the consumption of meat is a personal one. Neither Precht nor Wohlleben want to become nutrition consultants. But solutions to barbaric and environmentally polluting farming conditions must be solved as a matter of policy, they say. "A farmer earns one to six euros on a pig," Precht explains. "Germany supplies the world market, which is competitive everywhere."

One decisive way to address this dilemma is though a new kind of meat production using gene technology that is currently undergoing scientific testing. "In 20 years we eat burgers that were bred from the neck cells of a calf," says Precht. "Slaughterhouses will then only exist as memorials."

Peter Wohlleben shares the hope of increasing awareness about the treatment of animals. "More and more people are feeling respect for our fellow 1creatures and are resisting the dictates of money and big industry."