Authorities To Close Muslim School in Bonn | Germany | News and in-depth reporting from Berlin and beyond | DW | 11.10.2003

After the King Fahd Academy in Bonn, Germany, came under investigation for alleged ties to the terrorist network al Qaeda, the regional commissioner has threatened to shut down the Saudi Arabian sponsored school. 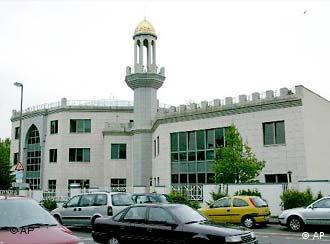 The 14 million euro school is the focus of terror investigations.

After a documentary aired on German public television a week ago, interest in the activities at the Arab-language King Fahd Academy in Bonn was heightened. According to the show "Panorama," the school had come under investigation for allegedly harboring ties to the terrorist network al Qaeda and other fundamental Muslim groups believed to operate in Germany. In addition, German security agencies had been reporting a significant influx of radical Islamists to the Bad Godesberg neighborhood in the former German capital where the school is located.

The King Fahd Academy, which is financed by the Saudi King Fahd and offers pupils a diploma modeled on the Saudi Arabian school curriculum, was established in 1994 in order to provide Islam-based instruction to children, whose parents were in Germany only for a short time, such as diplomats. Since its official opening in 1995, the private school has increased enrollment to some 600 pupils, 195 of whom have German citizenship.

School authorities are now alarmed. What initially started out as a recognized alternative for temporary residents in Bonn has now turned into a regular institution for parents who want their children brought up in a strictly Muslim environment. With only one hour of German per week compared to six hours of Arabic and eight hours of religious instruction, the school does little to integrate the children into their German surroundings, where statistics show the majority of them will later reside after graduation.

Both educators and security forces are worried that the school is a breeding ground for Islamic fundamentalism and anti-democratic principles. According to the newsmagazine Der Spiegel, which quotes sources from within the interior ministry, the academy has attracted Islamists from across Germany to Bonn. The magazine reports that several fundamentalists well-known to security authorities, have sent their children to the school and to its affiliated mosque. Among them are Mamoud A, former head of the Islamist group frequented by Christian Ganczarski, the suspected accomplice of the Djerba bomber, and the Egyptian Sayed M., suspected member in the al Tawhid group with connections to al Qaeda. The Spiegel also reports that investigators have found traces linking the imprisoned al Qaeda financier Mamduh Salim to the school. In addition, the magazine says that the imam at the affiliated mosque has reportedly called upon teachers at the academy to prepare pupils for the "holy war."

No tolerance for intolerance

As a result of such reports and findings by security investigations, the regional commissioner for the state of North-Rhine Westphalia, Jürgen Roters, has called for the closure of the school and the removal of its right to educate. "My goal is to shut the school, but we must do it according to the law," he told the Spiegel. State Premier Peer Steinbrück endorsed the decision, saying whoever fights against the principles of freedom should not be allowed to educate children. "We will not tolerate intolerance," the state leader was quoted in the same magazine report on Saturday.

The subject of the school’s possible ties to al Qaeda and its fundamentalist teachings have reverberated through the country, up to the highest levels of government. Last week Chancellor Gerhard Schröder discussed the issue with the Saudi Arabian government while there on state visit.

Parents of children attending the school have organized themselves against what they consider state-sponsored discrimination against the large Arab-speaking minority in Bonn. They have contracted a lawyer to speak up for their rights and to force the retraction of reports such as the "Panorama" documentary, which they say casts the school and its Muslim focus in a negative light.

The politician Jamal Karsli of the FAKT-Party (Freedom, Work, Culture and Transparence) has also taken up their cause and criticized the government for discriminating against German-Arabs in Bonn, which according to recent statistics is the largest foreign community in the city with 15 percent. The state representative Karsli himself made the news last year when he tried to switch membership from the Green Party to the neo-liberal Free Democrats and ignited a debate over racisim and anti-Semitism in German politics.

Jewish leaders in Germany are waging a war of words against the Free Democrats over anti-Israel remarks made by Syrian-born party member Jamal Karsli. (May 21, 2002).