Austria and Poland to help foot Opel takeover bill | Europe| News and current affairs from around the continent | DW | 16.10.2009 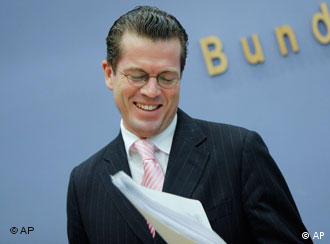 The deal to secure the future of German auto giant Opel took an important step to completion on Friday, when both Poland and Austria agreed to foot part of the bill. Speaking in Berlin, German Economy Minister Guttenberg also talked of positive signals from the UK and Spain.

The future of crisis-ridden auto giant Opel has been the subject of intense speculation since US parent company General Motors announced it would sell their subsidiary, which employed 50,000 people across Europe.

After long negotiations, Canadian auto supplier Magna, along with Russian bank Sberbank, agreed to buy Opel on condition there would be a 4.5-billion-euro ($6.7 billion) injection of state cash.

Germany was to pay the lion's share of this money, as nearly half of Opel's workers were located in Germany, but deals had to be struck with countries that were also home to Opel factories. 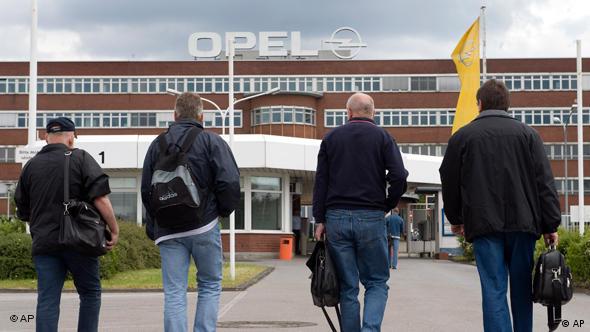 Opel employs around 25,000 people in Germany

Guttenberg justified the delay by saying that many details had to be agreed between Magna and Opel. On top of this, EU competition commissioner Neelie Kroes had to be appeased.

There were many optimistic signs that a final agreement would be reached this week. Guttenberg reported "constructive dialogue" with the Spanish government on the issue and was also optimistic that the British government would foot some of the bill.

But there is as yet no agreement on what share the employees would retain in the so-called "New Opel". Armin Schild, head of IG-Metall and Opel board member told the Tagesspiegel newspaper, "On one substantial point - the capital participation of Opel employees - there has been no agreement as yet." Opel workers are supposed to retain 10 percent of the company, and are demanding commensurate decision-making powers.

But Schild said that this was the next priority: "We want, we must, and I think we will reach an agreement in the next few days."

GM CEO says Opel deal could be finalized this week

General Motors CEO Fritz Henderson told reporters in Shanghai that GM could finalize the sale of Opel to a Canadian-Russian consortium as early as this week. (13.10.2009)

General Motors is to sell most of the shares in Opel to the Austrian-Canadian component manufacturer Magna. That was the solution supported by the German government and the company's 25,000 German workers. (10.09.2009)

Merkel relieved as GM decides to sell Opel to Magna

After months of negotiations, General Motors decides to sell its European subsidiary Opel to car-parts maker Magna. The move gives a boost to Chancellor Angela Merkel just weeks ahead of German parliamentary elections. (10.09.2009)