Australia′s Malcolm Turnbull: a ′liberal′ Liberal? | World| Breaking news and perspectives from around the globe | DW | 14.09.2015

Australia has kept with recent political tradition by dumping a prime minister who was still in office. In replacing Tony Abbott, Malcolm Turnbull has become the fourth Australian premier in just over two years. 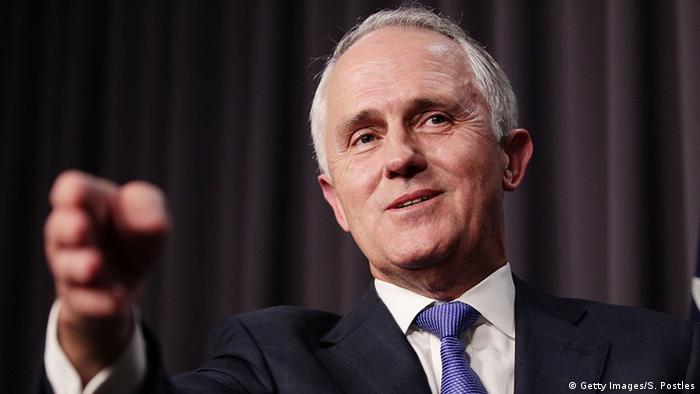 It is history repeating itself, but this time on the other side of the political fence: Tony Abbott's ouster cannot fail to bring to mind Labor Prime Minister Kevin Rudd's fall from power at the hands of his deputy Julia Gillard in 2010 ahead of elections, and then Rudd's tit-for-tat action in wresting the post back from Gillard just months before the 2013 polls won by Abbott.

Indeed, Abbott achieved victory in that election largely on hopes that his Liberals could provide a stable alternative to the bitterly divided Labor Party.

Those hopes have now been dashed. But though Monday's unceremonious dumping of gaffe-prone Prime Minister Tony Abbott may have come as a surprise to many, it had been in the offing ever since February of this year, when Abbott, after surviving another leadership challenge, asked his colleagues to give him six months to improve his public popularity ratings.

After those ratings continued to plunge in the following months, the challenge by Malcolm Turnbull, the man long considered Abbott's chief rival, was more or less inevitable, and likely to succeed. 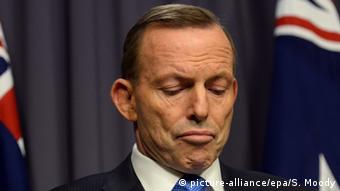 Turnbull, a former lawyer and merchant banker who is widely respected by voters on both sides of the political spectrum, was leader of the Liberals for two years in opposition, before losing out to Abbott in a party-room ballot by just one vote in 2009.

That loss can be put down to one thing: his support for the controversial carbon tax introduced under the Labor government of Prime Minister Julia Gillard in 2012 and repealed under Abbott's Liberal government in July 2014.

Back then, this tax, which saw polluters paying for their greenhouse gas emissions, split the party.

Turnbull's continued support for the policy reflects his relatively moderate views in a party that, despite its ambiguous name, has been largely run by conservatives in recent decades.

In stark contrast to the demonstratively Catholic and royalist Abbott, Turnbull, despite his own Catholicism, also supports gay marriage and would like to see Australia become a republic with a president as head of state instead of a British monarch.

In 2008, after being elected party leader, he also became the first Liberal leader to admit that he had smoked marijuana in his younger days, although he did say he considered it a bad thing, as the drug damaged health.

Turnbull's wide popularity - surveys have consistently shown respondents on both sides of the political divide preferring him over Abbott as prime minister - is perhaps surprising in view of the fact that he is a self-made millionaire, a class of people often regarded with suspicion in a country that long prided itself on being a supporter of the "underdog." However, this stance, born of Australia's pioneering tradition, may have been undermined by growing prosperity over the past 25 years.

A Rhodes scholar - something he shares with Abbott - Turnbull studied law at Oxford University, graduating with honors. He returned to Australia, where he practiced as a barrister before entering the private business sector, chairing a number of companies.

In the Abbott government, he held the post of minister of communications.

Challenges at home and abroad

As prime minister, he will face a number of challenges both on the national and international stage.

The Australian economy, which has long profited from a mining boom, is showing signs of slackening as that boom gradually loses momentum. 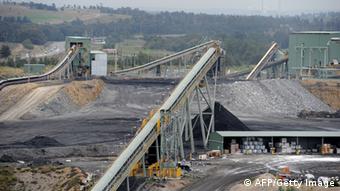 Turnbull will also have to take a credible stance on the immigration issue, with Australia's previous hardline policy on refugees coming to the country by boat the target of much international condemnation.

And the country is being forced by recent events to assert itself increasingly in the face of international conflicts, particularly in the Middle East.

Looking for a leader

"Australia is a lucky country run mainly by second-rate people who share its luck," the prominent Australian intellectual Donald Horne famously wrote in his best-known work, "The Lucky Country."

His assertion was that Australia prospered more by virtue of the natural resources bestowed on it than by the skill of the people who ruled it.

The recent upheavals in the political landscape are perhaps a reflection of the fact that Australia's good fortune is no longer enough to cope with the challenges of the increasingly globalized world.

Time will show whether Malcolm Turnbull has the stuff of a "first-rate" politician who can stop Australia's luck running out once and for all.

Does it undermine the validity of elections to oust a head of government mid-term? Feel free to comment below.