Myanmar's opposition party, NLD, is expected to perform well in the upcoming parliamentary election - in large part due to the efforts of its leader Aung San Suu Kyi, with whom people have a unique relationship. 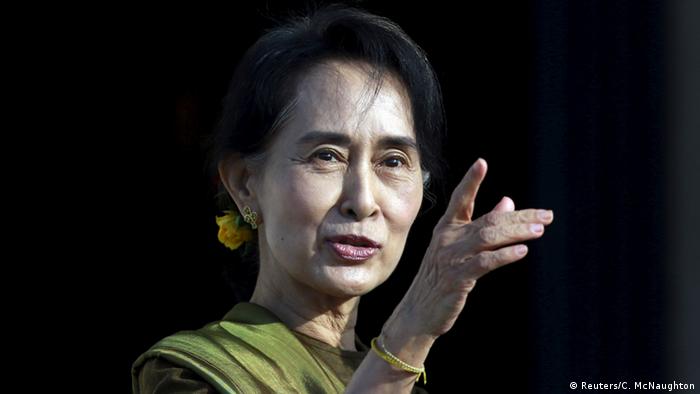 Tens of thousands flock to see her. For weeks Aung San Suu Kyi has been traveling across Myanmar to rally her supporters ahead of a landmark election on November 8. She is also seeking to win new voters for her party, the National League for Democracy (NLD), by assuring them that she will run the country after the poll, despite the fact that a clause in the country's army-scripted constitution bars her from the presidency.

The statements made by the Nobel Peace Prize laureate - often labeled a democracy icon - came as much a surprise to some Western observers as the NLD's rather vague electoral manifesto.

While the paper often repeats words such as transparency, rule of law and democracy, it fails to make any concrete political proposals. The NLD also blocks questions about who will be their presidential candidate, should they win the upcoming poll. As the election draws near, the only clear thing is that the NLD's manifesto is simply Aung San Suu Kyi. 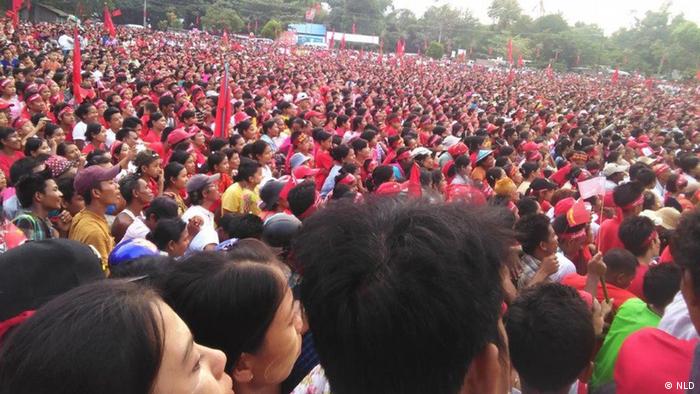 Thousands attended the NLD rally in Kawhmu in late October

For most of the people in Myanmar, this is not problematic, but rather wise, an NLD supporter told DW on condition of anonymity. She made these remarks on a trip to Kawhmu, Suu Kyi's constituency.

The township, which lies 60 kilometers (37 miles) southwest of Yangon, is an especially appropriate place to better understand the special relationship between the Burmese and their "Mother Suu." Although criticism of Suu Kyi can be heard in the cities and minority regions of Myanmar, enthusiastic support for her remains unbroken in the rural areas, where 70 percent of the country's population resides.

Kawhmu is a typical Burmese township in the delta region. Rolling hills and intertwining creeks shape the area. Long sections of the main street are covered in potholes, with some areas containing no blacktop at all.

Electricity is available in the main town, but only on an hourly basis. The economy survives almost solely on agriculture. On the whole, there is no industry, except for a few small rubber plantations.

In order to run as a candidate in the constituency, Suu Kyi had to register in the township. She chose a Karen ethnic minority village to show her solidarity with the many minorities of the multi-ethnic state of Myanmar. The village Wa Thin Kha sits in the middle of a bamboo forest. A one-lane concrete road leads to Suu Kyi's house which was built in 2012.

Although Suu Kyi is registered at the house, the nine-person family of Than Than Lay inhabits it. According to the residents, the revered "mother of the country" has only visited twice, but that doesn't matter. In any case, they will vote NLD.

Asked about what they expect in the event of a NLD victory, they respond: "Nothing. We simply want Suu Kyi to win. We love her." Referring to the changes that have taken place in the area since the 2012 election - when Aung San Suu Kyi entered parliament - the residents say that the school has been given a new coat of paint.

U Aye Thein, the head of the NLD office in Kawhmu, puts it in more concrete terms. "In Kawhmu, for instance, a new drainage system was built. A mobile library and a school for training hoteliers were also set up during this period," he said. 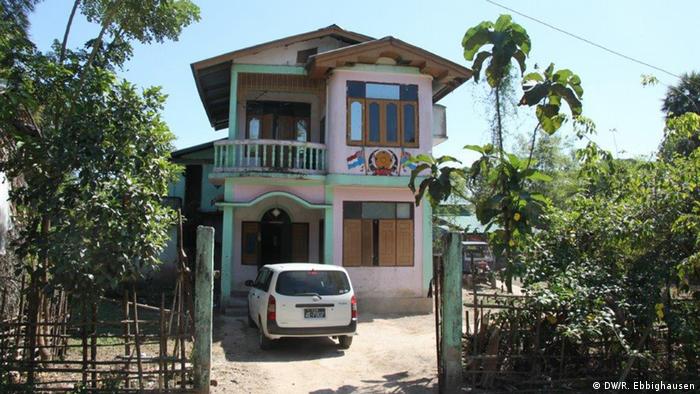 The library and the school were completely financed by Suu Kyi's Daw Khin Kyi foundation. According to the director, the school offers quality education to some 90 young Burmese. Alongside the theoretical part, the future receptionists, cooks, and chambermaids can gain practical experience in special training rooms.

U Aye Thein stressed the need for such initiatives in the region as there are currently only few job opportunities. An idea would be to make use of the rubber trees in the area by building a tire factory, he says, while admitting the NLD lacks concrete plans. Nonetheless, he says they trust Suu Kyi.

This level of trust in the NLD leader is only matched by his mistrust of both the ruling Union Solidarity and Development Party (USDP) and the military. U Aye Thein says that while he still speaks with the USDP candidate, "there is not a single issue we agree upon," adding that he is also convinced the election will be rigged. The latter point, however, fails to explain why he still believes the NLD will win 80 percent of the vote in Kawhmu. 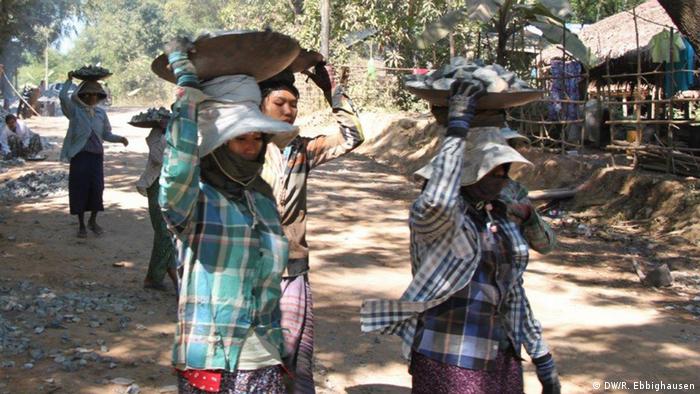 Many Burmese such as U Aye Thein believe the NLD will rule the country by March next year - this is probably how long the transition of power will take. And Aung San Suu Kyi will head the government. "We will then simply be happy," residents say, a sentence often heard in Kawhmu.

Myanmar's Suu Kyi eyes role "above the president" ahead of elections

Myanmar's Aung San Suu Kyi has said she will come to power if her opposition National League for Democracy wins election. The former political prisoner is barred by the constitution to serve as president. (05.11.2015)

Aung San Suu Kyi has called for calm as Myanmar's November 8 election approaches. The opposition leader spoke Sunday at a rally on the outskirts of Myanmar's largest city, Yangon. (02.11.2015)

A group of assailants has attacked members of Myanmar's main opposition party, just a week before the general election. At least four people, including a member of parliament, were injured. (29.10.2015)