Audi comes clean about its Nazi past | Business | Economy and finance news from a German perspective | DW | 26.05.2014

Audi comes clean about its Nazi past

A historical probe commissioned by the German car maker Audi has revealed that the company's predecessor exploited thousands of slave laborers under the Nazi dictatorship. 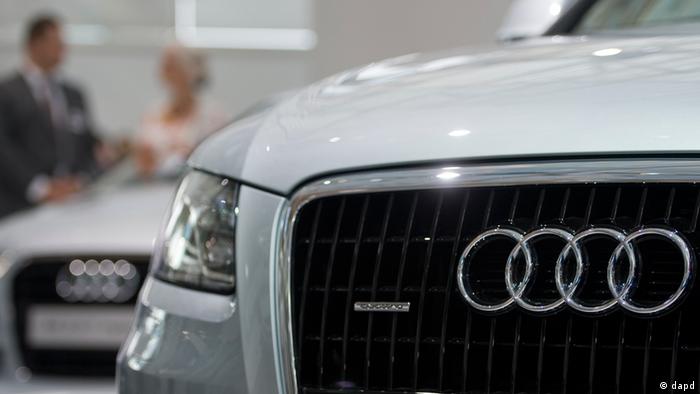 German car maker Audi unveiled a dark chapter in its history on Monday, saying its predecessor company had exploited slave labor under the Nazi regime on a massive scale.

A historical investigation commissioned by the company found that thousands of concentration camp inmates had been forced to work for Auto Union, an automobile manufacturer founded in 1932 and a forerunner company of today's Audi AG .

Audi is the last major German car company, after Volkswagen, BMW and Daimler, to come clean about its Nazi-era history, and the study marked a clear push to be more transparent about that past.

Some 16,500 more people were made to work at factories in the eastern German cities of Zwickau and Chemnitz, and another 18,000 labored at an underground plant in the southern state of Bavaria. Some 4,500 people died at the Bavarian plant.

The study's authors, historians Martin Kukowski and Rudolf Boch, said Auto Union's management bore "moral responsibility" for the inhumane conditions at the underground plant, focusing in particular on Richard Bruhn, who is heralded on Audi's website as the "Father of the Auto Union," after he negotiated the merger of four German car brands - Audi, DKW, Horch and Wanderer.

Bruhn was a Nazi party member and chairman of the board at Auto Union during World War II and again after the company was re-established in post-war Germany. Auto Union became part of Volkswagen Group, Audi's parent company, in 1965.