Attempted military rebellion fails in Papua New Guinea | Asia | An in-depth look at news from across the continent | DW | 26.01.2012

Soldiers in Papua New Guinea have been arrested after seizing the defense ministry, ousting the head of the military and demanding that the former leader of the Asian nation be reinstated per a Supreme Court ruling. 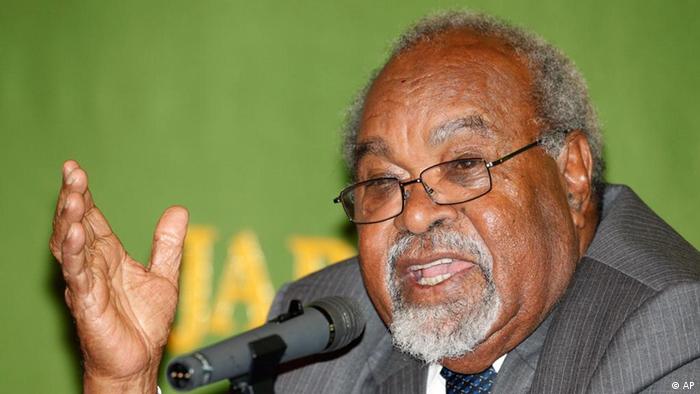 An attempted military rebellion in Papua New Guinea was put down in less than a day on Thursday.

The mutiny had begun before dawn, but by Thursday evening the soldiers' hostage, Brigadier General Francis Agwi, had been released and the chief mutineer, retired-Colonel Yaura Sasa was in custody, according to the news agency DPA.

The soldiers, who claimed they were not staging a coup, demanded that the current prime minister, Peter O'Neill, step down within one week.

Newly self-proclaimed chief of the country's defense forces, Sasa, had warned that his troops would take unspecified action unless Somare was reinstated as the national supreme court ordered last month.

"Both Sir Michael Somare and O'Neill have seven days to implement the Supreme Court's orders to resolve the current political impasse, or I will be forced to take actions to uphold the integrity of the Constitution," Sasa had told reporters in Port Moresby.

The government had called on Sasa to surrender, warning that he faced the death penalty for treason. The government told reporters that most of the soldiers involved in the short-lived insurrection were under arrest.

Somare, who had served as prime minister three different times since Papua New Guinea's independence from Australia in 1975, had been replaced by O'Neill in August through an act of parliament after taking a prolonged sick leave of five months and having undergone heart surgery in Singapore.

Parliamentary elections are scheduled for later this year, during which O'Neill expects to be elected to the position of prime minister.