A shooting spree that targeted a youth gathering on a small island in Norway has killed at least 84 people. At least seven people have been killed in a separate bomb blast in the country's capital Oslo. 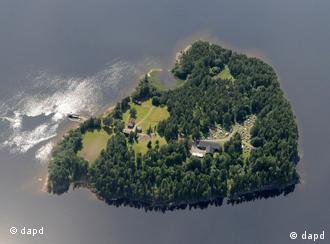 The Labout Party was holding its youth meeting on the island

Norwegian police said early on Saturday that the shooting spree which targeted a Labour Party youth camp on a small island just outside of Oslo has "catastrophic dimensions" with as many as 84 people dead.

Earlier, at least seven people have been confirmed dead after a bomb blast rocked the center of the Norwegian capital, Oslo, damaging the building that houses the prime minister's offices. Police believe the youth camp shooting and the Oslo bombing are related.

"Never since the Second World War has our country been hit by a crime on this scale," Stoltenberg said. 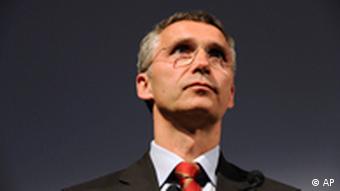 Stoltenberg describes the attacks as a 'national tragedy'

He called on his small Scandinavian nation to stand together and to respond with more democracy and openness without being naïve.

Police confirmed that a caucasian Norwegian man had been apprehended in connection with the shooting on the island of Utoeya. The suspect is believed to have links to right-wing extremists.

The country's largest tabloid newspaper, VG, said the attacker dressed as a policeman had started shooting indiscriminately at children and young people during the Labour Party gathering, with victims fleeing into bushes and swimming away from the island.

Police have reported that undetonated explosives were also found on the island and have warned that the death toll could rise. 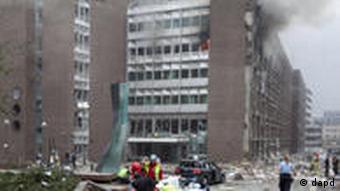 All roads into Oslo's city center were closed, with civilians evacuated from the area owing to fears of a further blast. Police urged members of the public to stay away from the center and to refrain from using mobile phones because of fears that networks would be overloaded.

"It is necessary to avoid big gatherings, to go back home," a policeman told journalists. "It is wise to stay at home."

Stoltenberg appeared on national television to say that all cabinet ministers in the center-left coalition government appeared to be safe.

"This is very serious," Stoltenberg said in a phone call to the Norwegian television station TV2, adding that it remained to be seen whether the explosion was a terrorist incident.

The premier was speaking from an undisclosed location on police advice.

European Union President Herman Van Rompuy said he was "deeply shocked" by the incident. "I condemn in the strongest terms these acts of cowardice, for which there is no justification," he said.

US President Barack Obama, who was meeting with New Zealand's Prime Minister John Key, expressed his condolences to the Norwegian people.

"It's a reminder that the entire international community holds a stake in preventing this kind of terror from occurring," Obama said. "We have to work cooperatively together both on intelligence and in terms of prevention of these kinds of horrible attacks."

UN Secretary-General Ban Ki-moon was "shocked" to learn about the bombing and shooting.

"He condemns this violence and expresses his condolences to the government of Norway and the families of the victims," a UN statement said. "The United Nations stands together with the people of Norway at this terrible moment."

The German government expressed sympathy with the Norwegian people through a statement by the German Foreign Office's minister of state, Werner Hoyer.

"We have followed the events in and around Oslo in recent hours with distress and horror," said Hoyer.

"We stand firm with the Norwegian people, who are suffering one of their most difficult days, in this serious and sorrowful situation."

While the source of the blast has yet to be established, the tangled wreckage of a car was seen outside one building. Officials from the emergency services initially declined to comment on the cause.

NATO member Norway has been the target of threats of terrorism, most notably over its involvement in conflicts in Afghanistan and Libya.

Danish police are on heightened alert after charging a man with detonating a bomb in Copenhagen. The suspect, who is of unknown age and origin, claimed amnesia at a court hearing Saturday. Police fear he has accomplices. (11.09.2010)

Germany's Foreign Ministry has issued a statement condemning bomb attacks that occurred in Stockholm on Saturday. Swedish authorities designated the two explosions, which killed one person, as "terrorist crimes." (12.12.2010)