At least 4 dead in Senegal protests

Angered by opposition leader Ousmane Sonko's arrest, his supporters took part in the worst civil unrest in the West African country in years. 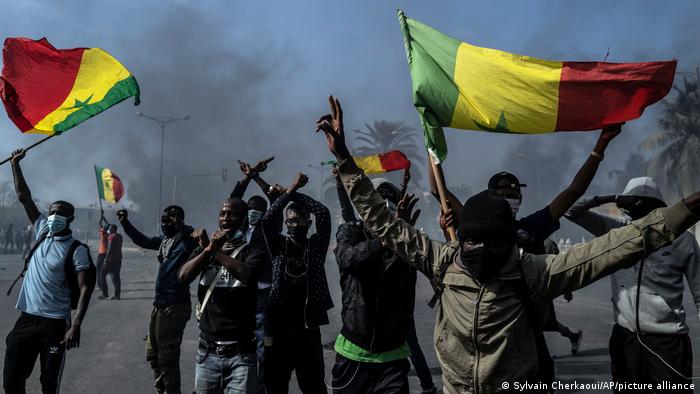 At least four people have been killed in violent clashes in Senegal over the past few days between police and supporters of detained opposition leader Ousmane Sonko, the interior minister said on Friday.

The leader of the Pastef party, Sonko appeared in court on Friday to defend himself against rape charges that he claims are politically motivated.

His appearance sparked renewed clashes, the latest as part of protests that have taken place on a daily basis in the West African country since Wednesday.

"The government regrets the loss of four lives" in events "that are rooted in banditry and insurrection," Interior Minister Antoine Felix Abdoulaye Diome said on television. He accused Sonko of "issuing calls to violence." 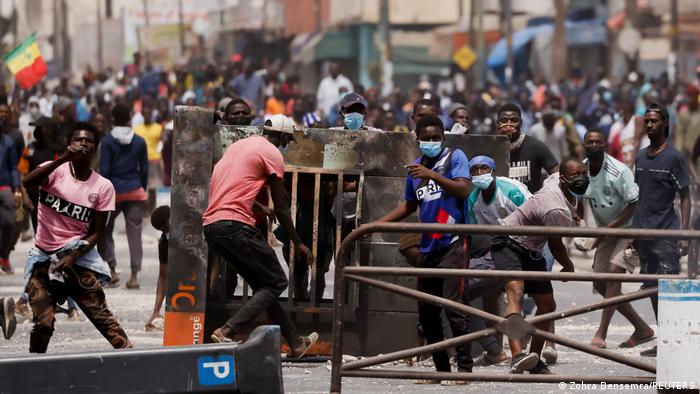 What has sparked the clashes in Senegal?

Sonko's largely younger supporters are angry at his arrest and the court case against him.

Presidents in the former French colony are limited to two consecutive terms, but Sall launched a constitutional review in 2016, raising suspicions he intends to run for a third term.

Critics say the rape charge against Sonko was fabricated to get him out of the way should Sall decide to change the constitution and run for a third term. 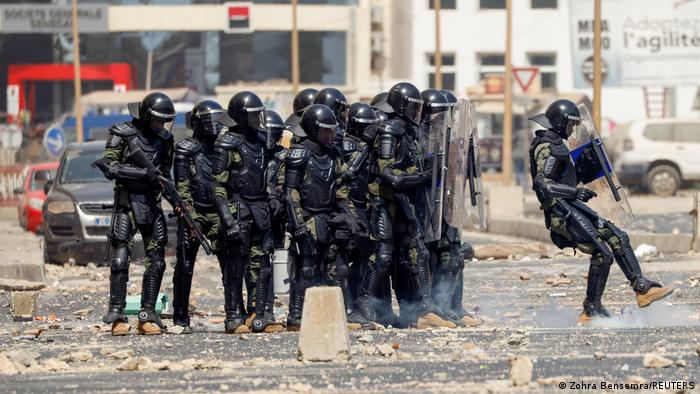 Other rivals have been targeted with criminal charges in the past, including former Dakar mayor Khalifa Sall and Karim Wade, the son of former President Abdoulaye Wade, eliminating both from the 2019 presidential race.

The latest unrest kicked off on Wednesday when Sonko traveled to court to defend the rape charge. His supporters followed him, sounding horns and singing.

Sonko was arrested before reaching the court for disturbing public order, causing clashes between police and his supporters to erupt. 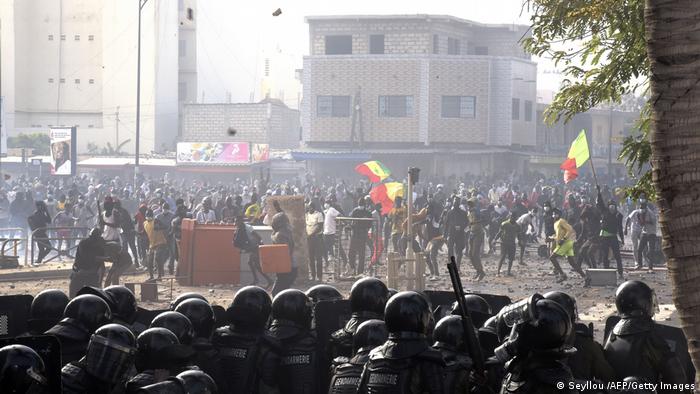 Key moments during the clashes

Authorities had also banned motorcycles and mopeds, often ridden by Sonko's young supporters, from the streets of the capital city Dakar.

For their part, authorities suspended two private television stations, Sen TV and Walf TV, for 72 hours from 5 p.m. on Thursday, with government officials accused them of "stirring up hatred and violence."

The protests have been spearheaded by the "Y En A Marre" (Enough is Enough) protest movement. 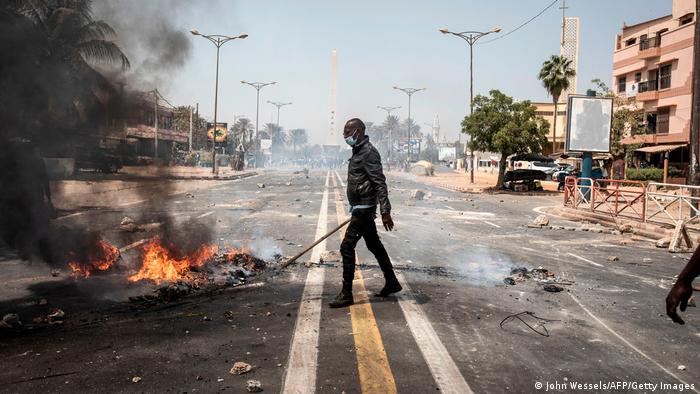 Violent protests broke out in capital Dakar, as well as other parts of the country and have been ongoing for two days

Internet monitor NetBlocks said social media and messaging apps including Facebook, WhatsApp, and Youtube had been restricted early ahead of Friday demonstrations.

"It's true that all of last night, beginning at 9 p.m. [local time, 21:00 UTC] my WhatsApp connection stopped working properly. But at the same time, I also did not experience any difficulties sending emails," DW correspondent Robert Ade reported from Dakar.

He advised internet users to "only install trustworthy VPN apps" or to "use Tor" — otherwise known as the onion router, Tor is free software that helps users conceal their location while on the internet.

The official death toll has been revised after a vessel sank off the Senegalese coast last week. It is the deadliest shipwreck recorded in 2020 so far.