As the world celebrates his 85th birthday, Pope Benedict XVI holds fast to his principles. He continues to stand for tradition over reform - whether you like it or not. 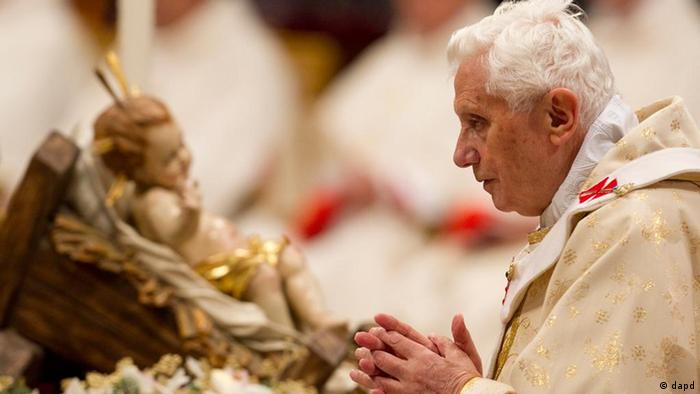 "A bit of peace and quiet, God's blessing and health:" according to Georg Ratzinger, that's all his brother, Pope Benedict XVI, wants for his 85th birthday.

It's unlikely, however, that he'll get peace and quiet, as visitors from all over the world will be flocking to the Vatican.

A tiring birthday schedule - though the pope is in good health, as his press spokesman Federico Lombardi never tires of emphasizing.

Joseph Aloisius Ratzinger - the given name of Pope Benedict XVI - was born into a religious family on April 16, 1927 in southern Germany. He grew up in the town of Marktl am Inn in Upper Bavaria.

After being ordained into the priesthood and earning his doctorate in Theology, he began teaching at the universities in Bonn, Münster, Tübingen and Regensburg. He quickly rose through the hierarchy of the Catholic Church. 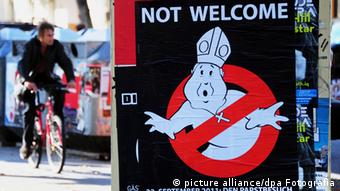 Some protested against the pope's visit to Germany in 2011

In 1977, he became the archbishop of Munich and Freising. Pope John Paul II appointed him prefect of the Congregation of the Doctrine of the Faith at the Vatican, a position laden with responsibility. His task was to safeguard the official teachings of the Church.

His vision: ecumenism and dialogue

Many were surprised when, of all people, the seemingly demure Joseph Ratzinger succeeded the more charismatic Karol Wojtzyla as pope. The election took place quickly and he was initially named a "transitional pope."

Ratzinger nevertheless managed to win over his own die-hard critics. The headline of the biggest German tabloid, Bild, read: "We Are Pope." But how much of the initial euphoria is left after the pope's seven years in office?

Benedict XVI entered with a vision that encompassed many ideas. He intended to promote dialogue between Christian denominations - commonly referred to as ecumenical dialogue -and between the Catholic Church and other world religions.

The newly elected pope didn't want to leave ecumenism at "sincere feelings." Instead, he aimed to make "concrete gestures," as he said in Latin in his first papal address.

As a pope with the same homeland as the German Reformation theologian Martin Luther, Benedict XVI wanted to end the ice age of ecumenism. This awakened hopes of possibly even celebrating mass together and sharing communion, but this notion repeatedly ended in disappointment, the most recent example occurring during Benedict's trip to Germany in 2011.

In Erfurt, Germany, where Luther lived for many years, the pope made clear that he was not willing to make any quick changes in the name of ecumenism. In contrast, he has made progress in talks with Orthodox churches. He resumed the Catholic-Orthodox dialogue in the fall of 2006 and held a historic meeting with Ecumenical Patriarch Bartholomew I in Istanbul. 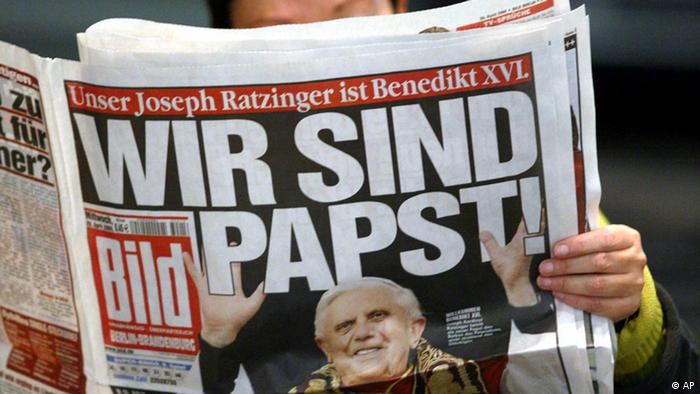 Getting close to some, but not all

But despite the good will Pope Benedict XVI encountered, one controversy followed another. After finally smoothing over the waves caused by his contentious speech in Regensburg, in which he linked Islam with violence, a new scandal followed.

The pontiff attempted to build bridges with the ultraconservative Society of Pius X. Meanwhile, his ties to Judaism and the Catholic base threatened to crumble behind him. The cause stemmed from the introduction of a new version of a Good Friday prayer, in which Christians can pray for the conversion of the Jews, a crucial test for the pope.

As if that weren't enough, in 2009 Benedict lifted the ban on four bishops of the Society of Pius X who had been illegally ordained outside of the Church, including the Holocaust denier Richard Williamson. The storm of protest, most especially coming from Germany, revealed the chasm that had grown between himself and his base.

The most challenging scandal followed in 2010, as a wave of newly discovered abuse cases gripped Catholic organizations in Germany, then in Ireland and the US. While child abuse by Catholic priests outraged all of Germany, Benedict XVI did not rush to issue a public admission of guilt on behalf of the Church.

The irony of a slow response from a pope that had always preached zero-tolerance only further worsened the crisis. Through meeting with abuse victims and asking for their forgiveness, the pope tried to restore honor to his Church.

To many, the old man behind the Vatican walls is just an out-of-touch conservative, yet Benedict has still been able to enthuse people again and again on his trips around the world, even if big crowds aren't exactly his thing.

He's a star despite himself. During most of his international visits, he is a noteworthy political presence, even in anti-papist England. He conquered the people's hearts in much the same way during his last visit to Latin America. Fidel Castro and his brother Raul even seemed to have been won over, too, as they agreed to recognize Good Friday as a national holiday in communist Cuba. 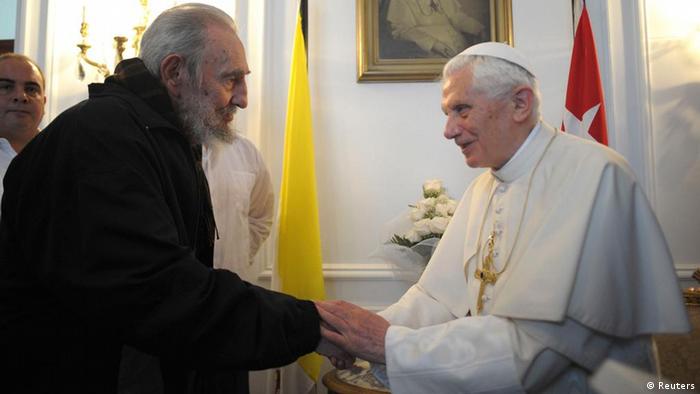 His motto: tradition instead of reform

Joseph Ratzinger entered onto the scene as a pope who strove to make the Church ready for the future and attractive and to steer it in a pluralistic world - no easy task for someone who insists on responding to "every possible contemporary movement" with a "clear set of beliefs." With this approach, he risks getting stuck in outdated structures.

His goal is to safeguard tradition rather than reform institutions. This is why many Christians in Germany have left the Church. In response to issues that affect local churches, such as what should happen to the vow of celibacy or whether divorcees should be allowed to marry a second time in the Church, Rome hasn't given any answers.

But this is clear: Joseph Ratzinger is no "transitional pope." The shepherd of Rome strives to impart his own values onto the Catholic Church, whether it suits his sheep or not.

Pope Benedict XVI warned Christians against loosing the ability to differentiate between good and evil in a dramatic Easter ceremony late Saturday night. (08.04.2012)

Despite the massive crowds that have turned out to see the pope in Cuba, his influence over the government appears to be limited. Leaders in the ruling Communist party have said they have no plans for political reform. (28.03.2012)

Pope calls for peace and justice at Mexico mass

Pope Benedict XVI has held a vast outdoor mass as he winds up his trip to Mexico. He called on Mexicans to purify their hearts so they could confront the evils of daily life, as the country faces a bloody drug war. (25.03.2012)