The residents of Zurich, Switzerland, are going to the polls this weekend to vote on measures which could restrict, or ban, assisted suicide, amid concerns about suicide tourism. 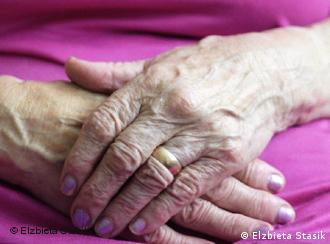 Many old people do not want to live with severe infirmities

Voters in Zurich are set to decide the fate this weekend of an assisted suicide law which has led to a growing number of foreign patients coming to Switzerland to die.

The rising popularity of what opponents call "suicide tourism" has led to a push to tighten up Switzerland's liberal laws on the practice.

Seven years ago, Christian Bretscher's mother decided at the age of 79 that she did not want to continue with a life that had been crippled by arthritis. She chose assisted suicide - a decision he supported and does not regret.

"We had the chance to say goodbye to my mother in a closeness that's not usual anymore nowadays. Normally, people die sometime, somewhere, in hospitals far away from their relatives, but for us it was different," said Bretscher.

Assisted suicide has been legal in Switzerland for decades. There are widely support groups that help organize a death, providing the lethal drug, and often, a place to die. Yet this weekend voters in Zurich are being asked to decide whether or not the practice should continue.

Switzerland not a mecca of death 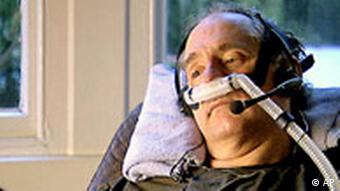 But, the second proposal - to limit it to local people only - does. The reason is that Zurich is becoming uncomfortable with its reputation as the world capital of suicide tourism - offering an assisted death to desperately ill people from across Europe.

"In other countries, assisted suicide is regarded as wrong. It is illegal. So, why in Switzerland are we doing things that are not allowed in other countries? I think it is unworthy of us. It's like our banking secrecy; everyone is asking why we allow that," Häring explained.

"There are people in other countries who suffer a lot, who do not have a dignified way of dying," Sutter noted. "It is very sad that they have to travel thousands of kilometers to go to a liberal country to die there. Those countries should solve their own problems with dying people. We would be happy if those countries - Germany, Britain, France - would change their laws and liberalize them."

The surveys reflect a growing mood in the country that this is a moral and ethical question which Switzerland has addressed, but that now it's time for the rest of Europe to do the same.

A 67-year-old widower has sued Germany in the European Court of Human Rights to overturn a ban on active assisted suicide. The man took his paraplegic wife to Switzerland because she wanted to end her life. (23.11.2010)