Assessing the role of patents in combating climate change | News and current affairs from Germany and around the world | DW | 07.12.2010

Assessing the role of patents in combating climate change

Tackling climate change requires the adoption of clean energy technologies around the world. But know-how, often protected by patents, is trickling way too slowly from industrialized nations to poorer regions. 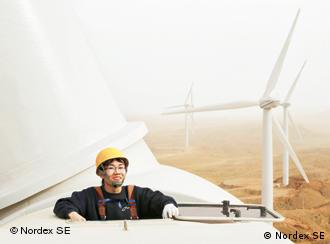 Clean technologies have yet to go truly global

Every few years, world leaders get together at high-profile conferences to discuss ways to reduce global warming and save the planet. The 2010 United Nations Climate Change Conference is currently being held in Cancun, Mexico. But the talks are taking place amid low expectations, after the disappointment of the Copenhagen summit last year – which memorably failed to produce any binding agreements.

This came as a particular blow to the G77 countries, which have in fact expanded to 131 mostly developing nations. Their demands include a relaxation, if not a general lifting, of patent protection laws governing renewable energies.

Their argument is that it is first and foremost the industrialized nations that are responsible for climate change, while the poorer nations pay the price for the wealthier countries' mistakes. Therefore industrialized nations should at least give them the benefit of their green energy know-how. Sharing their patents would go some way to paying off their climate debts, the G77 countries say. According to a new study compiled by the UN Environment Program, 80 percent of all patented innovations in the area of clean energy technologies are registered by companies in Japan, Germany, US, South Korea, Britain and France. The report, which examines the role of patents in combating climate change, was jointly conducted with the European Patent Office and the International Centre for Trade and Sustainable Development.

"The fact that northern countries keep their expertise on regenerative energies to themselves, puts the south at an additional disadvantage," says Aileen Kwa from South Center, an intergovernmental policy think tank of developing countries.

As a climate-friendly, affordable alternative to fossil fuels, clean energy is key to the future of the developing world, and allows people to access energy supplies without having to rely on major providers.

Moreover, it decentralizes the energy supply. In countries where the majority of the population is rural, solar panels and geothermal heat pumps installed in individual homes are energy efficient solutions for people who would otherwise go without.

One problem, however, is the frequent lack of local expertise necessary not only to install the technology, but also to maintain it. Not only does the equipment therefore need to be imported – the know-how does to. If patents are a factor, the whole process soon becomes very costly.

But it's not only developing nations that have some catching-up to do on the clean energy front. Green technology is still very much in its infancy in Croatia, for example, although grassroots projects are slowly beginning to gather momentum. Even in industrialized countries, it seems, introduction of climate protection measures comes with a high price tag. 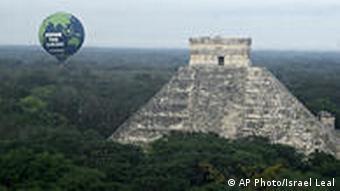 In Cancun, debate is centering around mobilizing funds and technology transfer to cope with climate change

One obstacle to globalized climate control is the general ignorance in the developed world of what exactly the developing world needs.

"Indigenous knowledge on protecting natural resources and alternative energy supplies often exists," points out Kwa, stressing that all that's then needed is a transfer of technology that can be implemented locally.

Rainer Osterwalder from the European Patent Office agrees, but says there's plenty of room for improvement. "The technology transfer from north to south is still unsatisfactory," he says. "One thing that shouldn't be forgotten is that emerging economies, and China in particular, are increasingly active when it comes to domestic innovation in the area of regenerative energy."

"Patents neither create problems nor solve them," he says. In his opinion, more urgent problems include inadequate infrastructure in the developing world; the lack of an existing market for clean technologies and the lack of opportunity to build one.

Adding to the problem is the popular misconception that patents are internationally valid. In fact, if a patent isn't registered with the patent office of a specific country, then it doesn't exist.

"A French company doesn't necessarily register the patent for its photovoltaic technology in Angola, say, if it believes that there's no market for such a system in that country," explains Osterwalder. In developing countries, however, few people are aware that many technologies are not actually patented in their country.

A spanner in the works 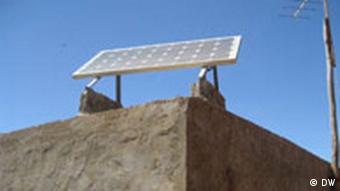 Critics believe that ultimately, patent protection is a major stumbling block in fighting climate change. In recent years, the European Patent Office has complained about the ‘global patent warming,' stressing that the increasing number of patent applications is slowing down the issue of patents.

The multitude of patent applications does not mean that the world is coming up with more innovations - rather, what is happening is that inventors and companies that already hold patents in one country are lining up at many other national patent offices to get patents for other markets. Ultimately, the purpose of securing a patent is to throw a spanner in the works of rival development.

The patents issue is one that results in the developing world feeling as though it has been left to deal with climate change by itself, by the very countries that are mainly responsible for it. But industrialized nations retaliate by citing the free market and the necessary protection of intellectual property – and, needless to say, their own economic superiority.

Whether or not it is justifiable to privatize expertise in the field of regenerative energy is a question that will no doubt be raised at the current summit in Cancun.

European inventors currently spend 10 times as much protecting their ideas as their US counterparts. But now the EU wants to make patent protection easier and less expensive for the bloc's inventors. (29.10.2010)

German business leaders say their operations in China aren't getting a fair shake. At a joint forum in Xian, part of Chancellor Angela Merkel's diplomatic visit, both sides aired grievances on bilateral trade. (17.07.2010)

Over 50 percent of the demand for medicine in developing countries is covered by generics. Most of them are produced in India. A planned free trade agreement between the EU and India is likely to hinder their production. (08.07.2010)