Art for the nose: Scent compositions at the museum | Culture | Arts, music and lifestyle reporting from Germany | DW | 27.06.2018

Art for the nose: Scent compositions at the museum

While many artworks have been created for the eyes and the ears, the sense of smell has always been neglected in the arts. Scent composers Christophe Laudamiel and Wolfgang Georgsdorf are working to change this. 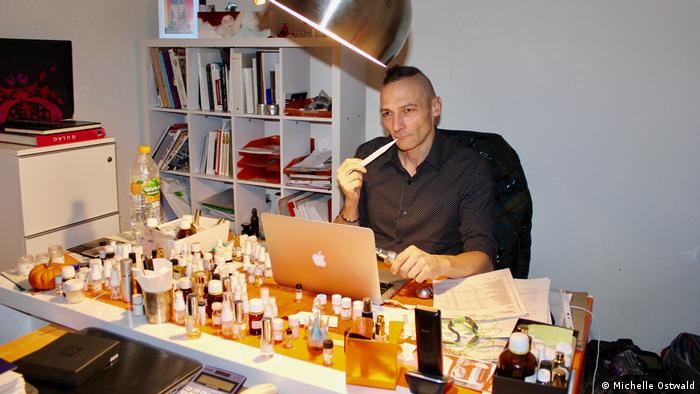 From his studio in the Berlin district of Schöneberg, the scent composer creates odors for hotels and designers.

Aroma compositions at the piano

Although Laudamiel has since long internalized most of his fragrances, his work still depends on trying out new ones. "It has nothing to do with magic," he says, adding, "There aren't any magical components that make odors fantastic."

He usually starts out with a rough idea with which he then experiments, and works at his piano until finally, he has found an odor that he likes.

Laudamiel is among the world's only 2,000 perfumers.

Following his studies at the Massachusetts Institute of Technology (MIT),  he did an internship that eased his way into the world of fragrances.

He has since created perfumes for Tommy Hilfiger, Burberry, Beyoncé and Michael Kors, among them much acclaimed creations like Ralph Lauren's Polo Blue for men and Fierce for Abercrombie and Fitch. 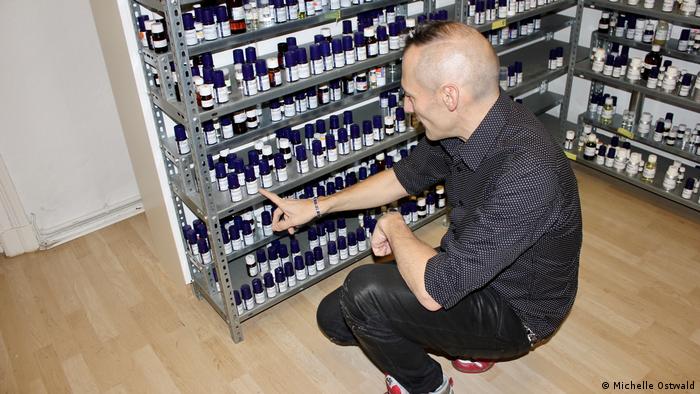 Christophe Laudamiel's "piano": He creates perfumes from his 1,500 fragrances

Experiments for the senses

Christophe Laudamiel is not only a classical master perfumer, but also an scent artist.

He's particularly interested in the combination of various senses. "If you drink a glass of wine while listening to either classical music, or reggae, you're likely to smell different notes," says Laudamiel. "In the same way, you see pictures differently when the surroundings smell differently."

In 2014, he developed his Scent Squares for the Mianki Gallery in Berlin. Through empty, but good-smelling frames, viewers could look at a screen with changing abstract forms and colors. Although the scent itself didn't change, the pictures made people smell different odors.

Together with the painter Detlef Halfa, Laudamiel is currently showing at the Mianki Gallery a Scent Supper Menu in eight courses. Here, guests can smell different creations in vases and bowls, while Halfa's paintings contribute to the atmosphere of the menu. 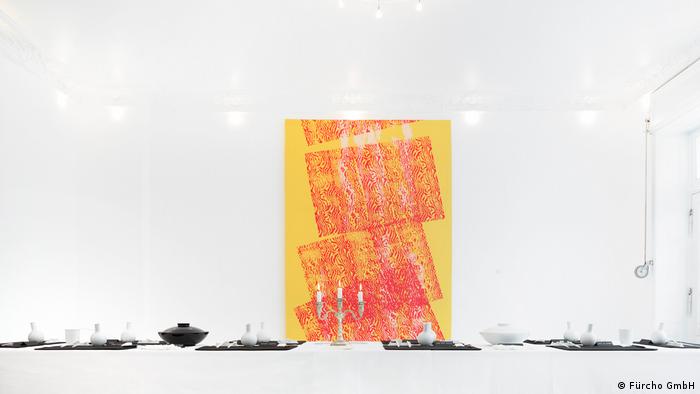 The Scent Supper Menu is accompanied by paintings by Detlef Halfa

Laudamiel would love to have a larger platform for his creative olfactory work, a better teaching method and more financial support for young creators. And especially more recognition from society that still sees this particular art niche  as a peculiar experiment.

A composition from the Smeller

Scent artist Wolfgang Georgsdorf also found it difficult to find sponsors when he developed his first scent organ in 1996.

"The first attempts at creating a scent cinema go back to 1906," the artist recounts. "Nowadays, we have the technical possibilities, and yet, many people are still skeptical."

The second version of his machine, the Smeller 2.0, was tested for the first time in 2012.

The Smeller can currently be experienced at the exhibition Welt ohne Außen (World Without Outside) at the Martin-Gropius Bau museum in Berlin.

The audience, called "odience" by Georgsdorf, sits in a white room on simple benches while smelling a 12-minute composition called Osmodrama. It features 64 different scents that are presented one after the other, disappearing within a few seconds. 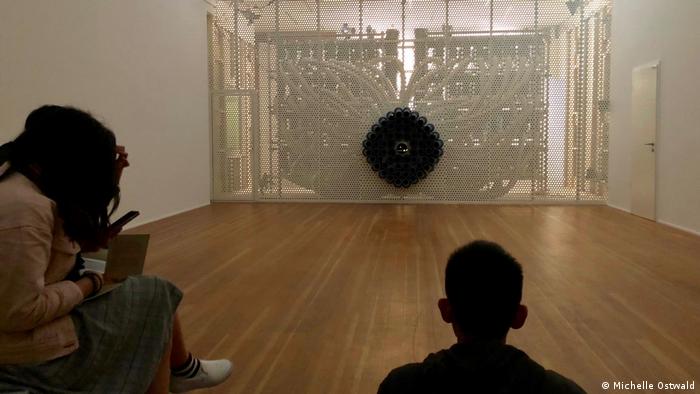 The people in the audience are trying to identify the smells, and smile whenever they recognize smells associated to their childhood.

But strong odors of animal feces are also among the scents, causing disturbed reactions.

"Smelling scents may take more time than seeing or hearing things, but it functions in a more direct way because scents reach our emotional center much faster than our brain can intervene," explains Georgsdorf.

The Austrian constructed his first scent box at the age of five, from ingredients in the home pharmacy of his grandfather, who was a chemist.

Georgsdorf places great hopes in scent art : "We're oversaturated by audio-visual stimuli that are growing increasingly strange and estranged from the natural world. People want to go back to nature, and that's where the sense of smelling comes into play."

Paris has a new fragrance museum. It explores the history of perfumery and initiates visitors to the complex and fascinating world of scents. (14.12.2016)

Following their nose: the next generation of perfumers

The southern French town of Grasse is renowned as the world capital of perfume. The next generation of fragrance makers learn the secrets of the trade at the Grasse Insitute of Perfumery. (21.11.2016)

Every thirty seconds a bottle of Chanel Number 5 is sold. This makes it the most successful and most famous perfume in the world, even though it was first produced almost 100 years ago (08.08.2016)