Arms manufacturers boom despite the recession | World | Breaking news and perspectives from around the globe | DW | 21.02.2011

As the world economy declined, the defense industry's top players recorded year-on-year growth of 8 percent in 2009. Most of these arms companies are based in the US and Western Europe, where the recession hit hardest. 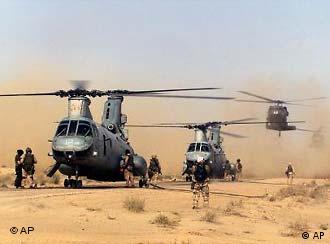 "If you look at the amount of energy and support that goes into getting arms sales completed by governments, it's a small industry with a big footprint," Susan Jackson, the SIPRI report's author told Deutsche Welle.

"You get prime ministers and presidents that go around the world and try to sell their country's military goods as they do with other big things like oil," she added.

Despite the global recession, the world's top weapons companies recorded an 8 percent year-on-year increase in revenue in 2009.

"It's not a surprise," said Jackson. "There are several reasons you can attribute the increase to. One is regular forced modernization projects where countries are replacing old or outdated equipments."

Jackson also said that long production runs make it difficult to slow down arms sales, and that damaged equipment from the wars in Afghanistan and Iraq also needed to be replaced. In addition there's relatively limited competition within the industry - especially when it comes to making finished products like submarines, jets or tanks. 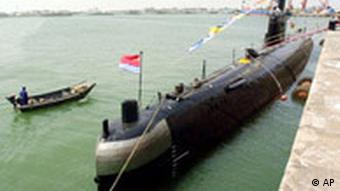 Sales have been booming to developing countries like China

"On the supply level, with things like nuts and bolts and parts, there might be a lot of competition. But when you really get up into systems integration there's a lower level of competition than in many other industries," Jackson said.

Because governments around the world are the primary customers for many companies, demand is less flexible than in purely private sector industries.

But, according to Jackson, these individual factors are trumped by a general assumption about the arms industry.

"There's also a general acceptance to maintain and support - and in some ways, protect - the arms industry; often based on patriotic duty," said Jackson.

The top ten Western European producers accounted for $ 92 billion of the $401 billion total - making Europe the second largest producer of arms. However, European companies generated less than half the weapons revenue of their US competitors, which was 185 billion dollars in 2009, according to the SIPRI report.

German companies were the third most prolific exporters of weapons in 2009 - with Turkey, Greece and South Africa among their major customers.

"Germany is quite a big player in the arms industry, especially when it comes to exporting," Jan Grebe, a researcher at the Bonn International Center for Conversion, said.

Grebe said exports will be the key for German arms makers in the future as the country tries to scale down its own defense spending.

"We can imagine that the demand for new weapons within Germany will actually decrease in the next few years, so there's actually a need for German companies, if they want to be further competitive, to export much more," Grebe said.

"So their interest is to get to new markets and export to other countries in the world, but this has to be in line with political restrictions and restrictions by law," he added. 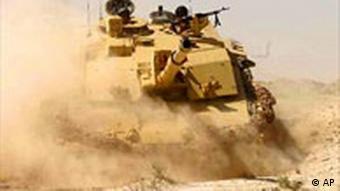 The need to replace damaged equipment in Afghanistan has boosted sales

Grebe said that whereas European nations have been forced to make budget cuts, there has been a rise in demand for weapons in the Middle East, Asia and Latin America.

"Especially those countries which we call emerging economies, like Brazil, India, China, South Africa, are requesting a lot of arms from Germany, especially submarines, tanks and other armored vehicles," Grebe said.

Arms spending needs to be reduced, says Grebe. At the moment, over $50 (36 euros) is spent on arms for every person in the world.

"One can see that the financial resources used for the military could be easily used for something more productive, like health and education," Grebe said. "We really need to cut down this amount per capita if we really want to achieve development in the future."

The local weapons industry in Pakistan's recalcitrant northwest has seen a sharp decline in the last three decades. Now, weapons from all over the world are readily available in the local market at knock down prices. (08.02.2011)

With the threat of Iran looming large over the region, the US is boosting the military capabilities of friendly Arab states in deals worth billions of dollars. But the arms sales carry huge risks as well as huge profits. (19.10.2010)