Argentine authorities have breathed a sigh of relief after deactivating a bomb at a theater, ahead of a visit by a Colombian ex-president. The discovery follows a deadly attempt on a former Colombian minister’s life. 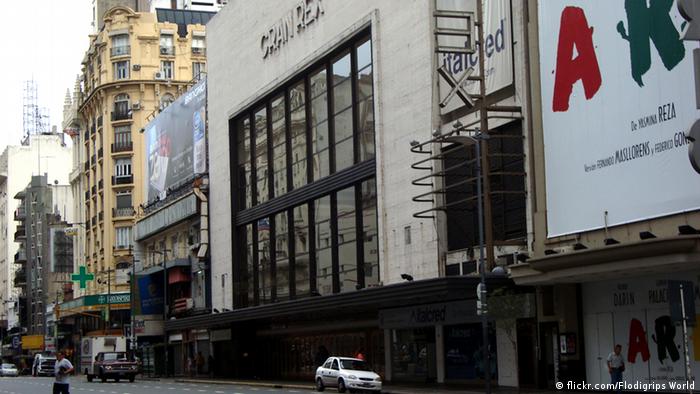 Security and maintenance staff at the Buenos Aires theater called in police explosives specialists after finding a suspicious device on Tuesday.

The bomb attack appeared set to coincide with a post-speech cocktail party that former Colombian leader Alvaro Uribe was due to attend.

Investigating judge Norberto Oyarbide said the device, which was subsequently deactivated, had been hidden inside a ceiling light power supply and attached to a cell phone. An alarm had been set to trigger the bomb at 4.30 p.m. on Wednesday.

"It is a simple device but it could have caused deaths," Oyarbide said, adding that the bomb could have killed anyone standing close by. The judge added that the damage to Argentina's reputation "would have been huge."

Uribe, who was in power between 2002 and 2010, is known for taking a hard line against leftist rebels, including the Revolutionary Armed Forces of Colombia, known by its Spanish initials as FARC.

The ex-president was due at the theater Gran Rex to give a speech about a "transformation" in Colombia's security situation at a symposium for paying executives. The event was to take place as planned, said Oyarbide.

Human rights activists have criticized the former president for allegedly allowing unlawful killings by the military during the struggle, and for having allies with links to far-right militias that carried out attrocities.

"It is to be expected that the FARC would have contacts with extreme leftist groups in Buenos Aires that could have helped with this attack," said Rangel.

Only last Tuesday, Fernando Londono - who served as Uribe's interior minister between 2002 and 2004 - narrowly escaped a car bombing in Bogata that killed his driver and police escort.