The enquiry is to investigate the unsolved 1936 murder of Spanish poet Federico Garcia Lorca by forces loyal to fascist General Francisco Franco. Spain's own investigation floundered after 8 years. 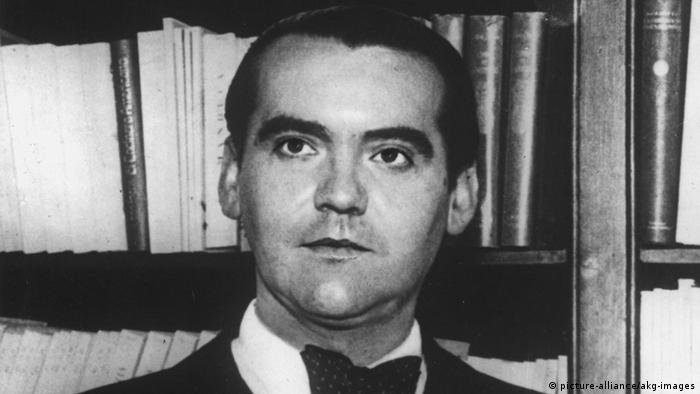 The legendary poet was 38 when he was killed by firing squad in August 1936, a month after General Francisco Franco's rebellion against a republican government sparked Spain's civil war.

Garcia Lorca, a poet and playwright whose works include "Blood Wedding" and "The House of Bernarda Alba," was believed to have been buried in an unmarked grave near Granada in the south of the country. However, a site near the city was excavated in 2009 without finding human remains.

Lorca - whose poems and plays deal with themes of love, death, passion, cruelty and injustice - was one of many artists on the losing side in the 3-year civil war and for the 40 years of Franco's reign and 40 years since, Spain has failed in many cases to investigate historical crimes dating from the 1930s.

A Spanish human rights group called the Association for the Recuperation of Historic Memory in April therefore asked Argentine federal judge Maria Servini - who was already looking into Franco-era crimes ranging from torture to extra-judicial killings - to take up the case. This was after efforts by the Spanish justice system stalled after human rights judge, Baltasar Garzon, dropped an inquiry into Franco-era crimes due to their politically sensitive nature.

"The case has been incorporated into an ongoing investigation by Judge Maria Servini into crimes against humanity," an association statement said.

"The judge has requested that the courts in Madrid release the case file to the association," an Argentine court source with knowledge of the case told Reuters.

Struggle over the archives

Spanish authorities and the family of Garcia Lorca have been engaged in a fierce battle over what to do with his archive. The minister for culture, Jose Maria Lassalle, said that attempting to bar the moving of the poet's archives outside Spain would ensure that the country's most acclaimed 20th century poet remains in the country and is not "scattered."

The archive is made up of 19,000 documents, including over 2,000 sheets of original manuscripts, as well as photographs and letters belonging to the poet.

From the Spanish Civil War to the Middle East conflict, war has always drawn writers and photographers like Ernest Hemingway and Robert Capa, author Amanda Veill tells DW, though it hasn't done them much good. (15.07.2016)

Three monoliths, homage to the German Luftwaffe's Condor Legion, have been in Spain since 1942. A group of activists has been fighting for their removal, which may happen soon as Santiago Saez writes from Asturias. (01.04.2016)

Madrid tries to tear down a dictator's memory

Hundreds of monuments and plaques across the Spanish capital dedicated to the Franco era may be removed if Madrid’s government has its way. As Martin Delfin reports, the controversy is opening historic wounds. (09.02.2016)