Argentina has put former President Fernando de la Rua in the dock on charges of corruption. De la Rua is alleged to have paid senators to vote through employment legislation during the country’s financial crisis. 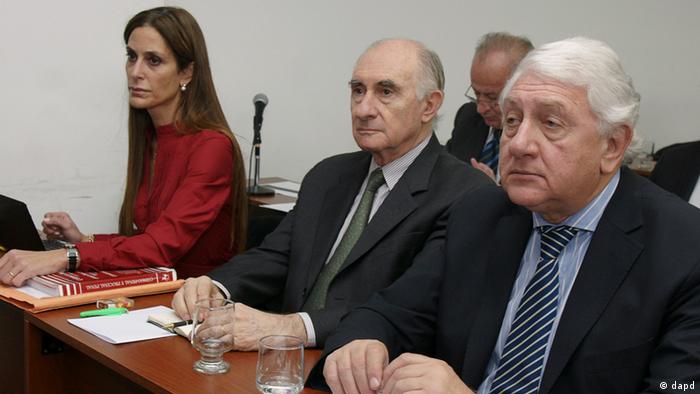 The ex-president went on trial on Wednesday on charges including "aggravated active bribery" and "misappropriation of public funds."

De la Rua, pictured center, is accused of paying nearly $5 million (4 million euros) in bribes to senators to pass a disputed labor reform bill in 2000. If found guilty, he could face up to 10 years in jail.

The 74-year-old president has repeatedly denied the allegations and claims he is the victim of a political vendetta.

The reform measures were conditions set by the International Monetary Fund for the extension of financial aid during the country's economic crisis. They allowed firms to employ workers for shorter periods of time and with fewer conditions. 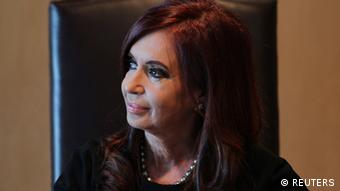 The current president voted against the law

De la Rua stood down in December, 2001, amid a violent uprising in response to the economic collapse.

Pontaquarto alleges the he was given the responsibility of handing out bribes totaling $4.6 milion to each of five senators so that they would approve the law.

The trial is tabled to last between six and eight months, with nearly 400 witnesses expected to testify.

Among those set to give testimony, albeit in writing, is current President Cristina Fernandez de Kirchner, a senator at the time who voted against the reform.