Archbishop will report to Pope on abuse in German church schools | Germany| News and in-depth reporting from Berlin and beyond | DW | 10.03.2010

Archbishop will report to Pope on abuse in German church schools

German archbishop Robert Zollitsch is set to meet Pope Benedict XVI for discussions on sexual abuse against children at church institutions. Meanwhile, the Pope faces questions on whether he knew anything of such crimes. 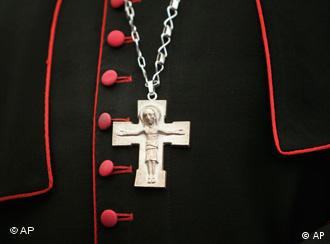 The Vatican will be briefed on abuse cases

The head of Germany's Catholic bishops, Robert Zollitsch, is set for an audience with Pope Benedict XVI to discuss recent reports of sexual abuse at church schools.

Zollitsch, chairman of the German Bishops Conference, is due to meet Pope Benedict XVI on Friday, to brief him on some 170 abuse cases at Catholic schools. 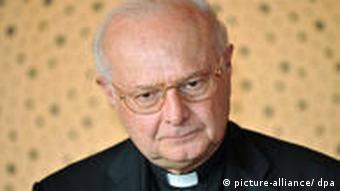 The meeting comes as the Vatican on Wednesday defended itself from accusations that it had been too secretive about the issue of abuse.

Vatican Spokesman Federico Lombardi said that the church had "confronted the emergence of the problem rapidly and decisively," in a note read out on Vatican Radio.

Lombardi said authorities "showed a willingness for transparency and, in a way, speeded the revelations of problems by asking the victims to come forward even in very old cases."

The church issued its defense after German Justice Minister Sabine Leutheusser-Schnarrenberger said a "wall of silence," from the Vatican was hampering probes of sexual abuse of children.

Archbishop Zollitsch, who is Bishop of Freiburg, also dismissed Leutheusser-Schnarrenberger's criticisms and rejected her call for talks between the government and clergy to specifically investigate abuse in the Catholic Church.

However, Catholic representatives are likely to join Protestant leaders, family associations and school and local officials at government talks to investigate all schools. 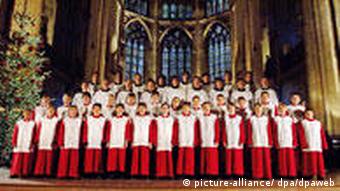 Meanwhile, there are calls for Pope Benedict to answer questions about whether he had any knowledge of abuse cases during his tenure as bishop of Munich from 1977 to 1981.

Among the institutions being investigated in Germany are three church schools Bavaria including one, the Regensburger Domspatzen school, where the Pope's brother Georg Ratzinger was choir head from 1964 to 1994.

"He (the Pope) has to answer the question of what he knew then" said Christian Weisner, a spokesman for the German church reform movement We Are Church, in a statement.

In the Netherlands, more than 300 people have lodged complaints of sexual abuse by priests since the beginning of this month. The allegations follow an investigation into abuse at a monastery school in the east of the country between the 1950s and 1970s.

As more and more allegations of sexual abuse in Catholic institutions come to light, German politicians debate whether to extend the statute of limitations for civil and criminal prosecution. (09.03.2010)