Mali, Burkina Faso and now Ivory Coast: The terrorist organization al-Qaeda in the Islamic Maghreb (AQIM) is behind the recent attacks in West Africa. The militant organization is vying for power with Islamic State. 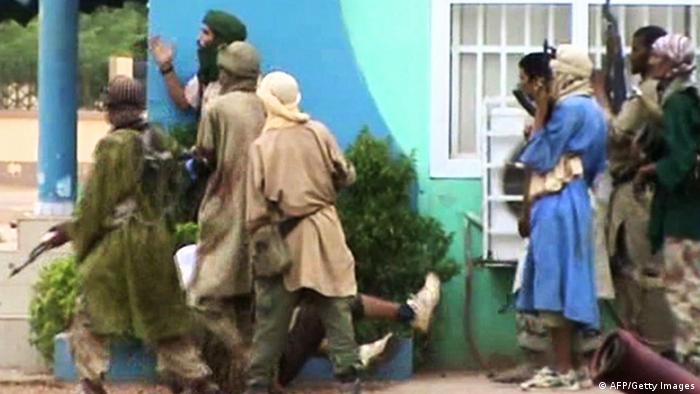 The terrorist organization al-Qaeda in the Islamic Maghreb (AQIM) is the latest "offshoot of Islamist insurgents in North Africa," said William Assanvo, a conflict researcher at the South African-based Institute for Security Studies. Armed Islamist organizations have been active there since the 1980s. Violence activities began increasing in the 1990s when jihadists stepped up attacks on on what they termed "un-Islamic, unjust regimes," especially in Algeria, according to an analysis made by Hanspeter Mattes from the German Institute of Global and Area Studies (GIGA).

In 2007, AQIM emerged from the Algerian Salafist group for Prayer and Combat (Groupe Salafiste pour la Prédication et le Combat - GSPC). At that time, a cross-border ideology had been developing and become the basis of a common goal: establishing an Islamic state in the Maghreb region and eliminating all governments that are "hostile towards Islam."

Algerian security forces were able to largely drive away AQIM militants in the country. The Islamist fighters sidestepped authorities by going south and finding a safe haven for their operations in Mali, where they have since been able to build up a network of local alliances. "AQIM had many different terror cells," said conflict researched Assanvo. The AQIM offshoot in northern Mali is probably the most important one. At the beginning of 2012, the Mali group allegedly boasted several hundreds of fighters in four brigades. 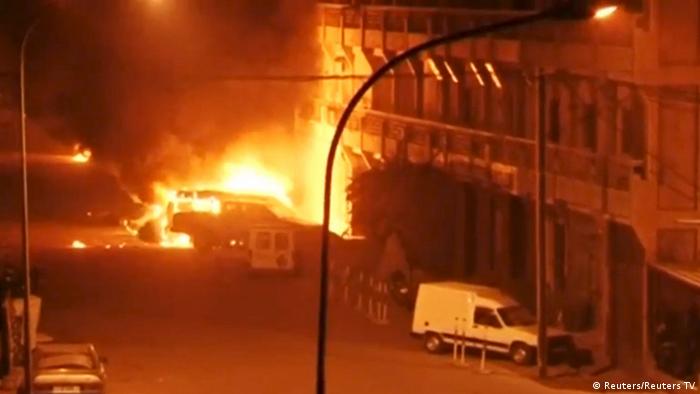 The aftermath of the attack on the Splendid Hotel in Ouagadougou

AQIM also benefits from contacts to other terrorist groups like al-Mourabitoun and Ansar Dine, a Malian Tuareg militant group that appeared in the region after the fall of the Libyan regime. Even though the groups' ethnic backgrounds and ideologies differ, they pursue the same goals and carry out mutual operations.

AQIM fighters abduct Europeans, carry out attacks and smuggle humans, cigarettes and drugs. According to the Terrorism Research and Analysis Consortium (TRAC), AQIM has earned around 50 million euros in ransom from hostage-taking in the past ten years. The exceptional circumstances in Libya are to blame from the current resurgence of AQIM and its allies, said the Tunisian Maghreb expert Ben Younes in an interview with DW. "These groups operate in 23 countries throughout North Africa. In these countries, many weapons left over from the Gadhafi regime are circulating," stated Younes. Heavy weaponry has fallen into the hands of various terrorist groups in the Sahel down to Burkina Faso. 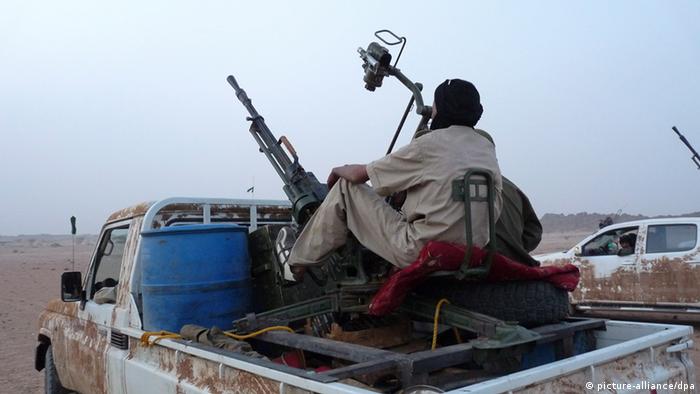 IS: Rivals or partners?

Martin Kobler, Special Representative and Head of the United Nations Support Mission in Libya, recently warned of an Islamist alliance in northern Africa. He fears a close collaboration between "Islamic State" (IS) and groups like Boko Haram or AQIM. Conflict researcher Assanvo, however, speaks of a competition between the two groups, saying, "At the moment, IS is the forerunner of global jihad. That is why we must interpret the attacks in Ouagadougou in January and Bamako November 2015 as AQIM's attempt to regain attention." IS' international supremacy has already sparked conflicts between various AQIM brigades. According to a GIGA analysis, several non-Algerian AQIM brigades in North Africa have split off from their groups and joined IS. The declaration of the IS caliphate in June 2014 in Iraq and Syria has put existing North African terrorist groups at risk of breaking up.

Malian troops have repelled an attack on a military post in Timbuktu that has left five people dead. German President Joachim Gauck is due in the country next week. (05.02.2016)