Two family members of Afghans killed in a 2009 airstrike had sued Germany for damages and were denied. Their lawyers had previously announced they were willing to go as far as the European Court for Human Rights. 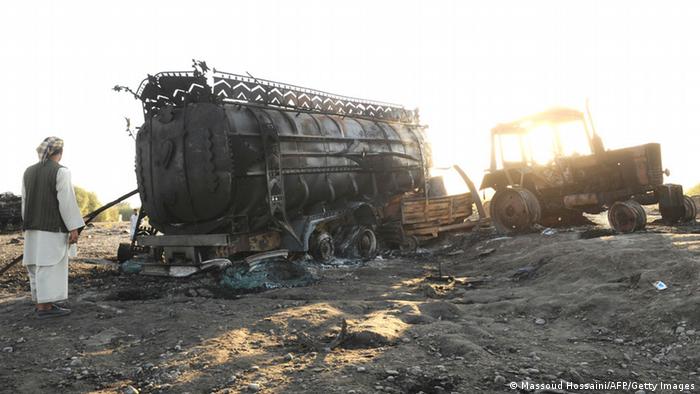 The German Col. Georg Klein ordered the airstrike that killed between 91 and 137 civilians on September 4, 2009 in Afghanistan's Kunduz region. Taliban insurgents had taken control of the fuel tankers hours earlier. The vehicles later got stuck in a dry riverbed about seven kilometers from the German NATO camp.

In December 2013, the regional court in Bonn rejected a claim for compensation from a farmer and a widow who had both lost relatives in the bombing. The two had asked for 90,000 euros ($100,000 at today's exchange rate) in damages from Germany's Defense Ministry, which Klein is subordinate to.

The victims' lawyers, Karim Popal and Peter Derleder, appealed to the high regional court in Cologne. Judges there have now denied the appeal, but allowed the plaintiffs' lawyers to appeal their decision. 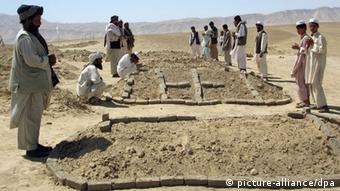 "We have already accused the regional court in Bonn of not looking at the evidence in depth," Derleder told DW, adding that he and his colleague are not happy with the higher regional court's decision, either. "Klein hurt civilians negligently and culpably by ordering the bombing. If need be, we'll be taking this case all the way to the European Court of Human Rights. They would judge this case more independently than German courts."

The German Defense Ministry said it was satisfied with the regional high court's decision.

"The original verdict by the regional court is in line with the German government's understanding of the law," a Defense Ministry spokesperson told DW.

Germany is the right 'target' for the charges

Before the original trial started in March 2013, it was not clear whether Germany had jurisdiction to try the case. The victims' lawyers said the German government would have to pay damages because Klein acted as a German representative.

This, however, was exactly what the Defense Ministry's lawyer, Mark Zimmer, and his colleagues disputed.

"In our case Colonel Klein was not acting solely on behalf of the Federal Republic of Germany, but rather, he was involved in a NATO system. Therefore his superiors were NATO officers," Zimmer told DW prior to the start of the trial. But the court didn't allow this argument.

Another point of contention was the video material taken in the hours before the bombing. Popal and Derleder had claimed in the original trial that Klein should have seen that the people in the riverbeds were civilians and thus should have never ordered the airstrike.

To get clarification on the issue, Bonn regional court judge Heinz Sonnenberger viewed the aerial footage taken by US fighter jets circling over the fuel tankers in his courtroom in 2013.

The victims' lawyers pointed out what they said were clear movement patterns of civilians going to the fuel tankers with canisters and returning to different villages.

Afghanistan expert Thomas Ruttig said in his testimony that the large number of people does not indicate a gathering of Taliban insurgents. He said there are rarely more than 10 Taliban participating in one and the same mission, "Someone who's knowledgeable in this area should know that such a big group of people cannot be exclusively Taliban." 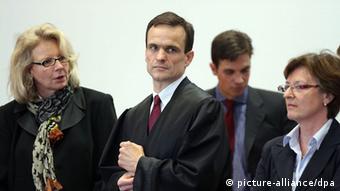 The Defense Ministry's lawyers saw the pictures as far less recognizable. They said that from the black dots representing people in the infrared images, Klein could not have been able to distinguish between civilians and insurgents. Zimmer said he only saw a "diffuse image."

Dismissal not the end of the line

Bonn regional court dismissed the case in December 2013 and agreed with Zimmer and his colleagues, saying that the footage allowed no conclusion on whether the people surrounding the fuel tankers carried weapons or whether there were children among them. The judge also emphasized that Klein repeatedly confirmed with an informant that there were no civilians in the riverbed.

The plaintiffs' lawyers Popal and Derleder don't believe Klein is free of guilt in the bombing. If they appeal the decision again, the case of the Kunduz airstrike could keep the courts busy for quite some time.

Who was responsible for the deaths of more than 100 civilians in Afghanistan? Video footage from American jets may shed light on the case as a court in Bonn deliberates the bombing of two tanker trucks. (31.10.2013)

After the 2009 Bundeswehr air raid in Kunduz, the victims' families are still waiting for justice. They demand higher damages be paid and that the colonel who ordered the strike be brought before a court. (19.03.2013)