The European Commission said Wednesday it would present the controversial ACTA treaty on copyright and counterfeiting law to the European Court of Justice, to rule whether it violates the fundamental rights of Europeans. 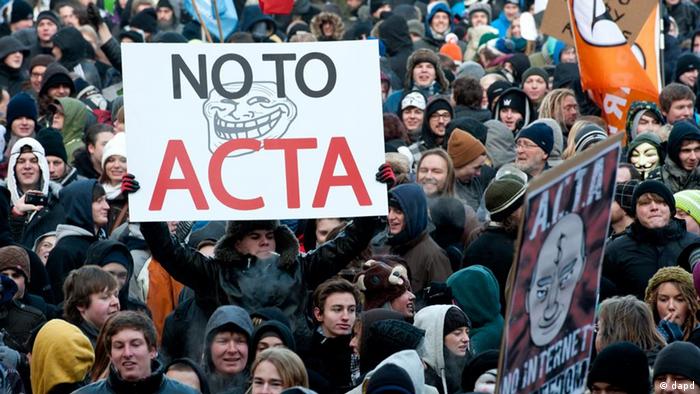 The EU Commission has asked the European Court of Justice to rule on the legality of the controversial ACTA treaty which regulates counterfeiting, copyright and Internet freedom and has been fiercly opposed around Europe.

EU Trade Commissioner Karel De Gucht said the court could adjudge independently on whether the treaty was "incompatible one way or another with the fundamental rights and freedoms of the European Union."

"This debate must be based upon facts, and not upon the misinformation and rumour that has dominated social media sites and blogs in recent weeks," De Gucht told a news conference in announcing the decision.

Critics of the ACTA treaty have argued that it restricts Internet freedom. Recent weeks have seen mass demonstrations around Europe against the treaty, which has already been agreed to at the EU level but must still be ratified by individual member states.

Germany has refused, for now, to sign the international online anti-piracy treaty. The German government had already agreed in principle, but appears to be wavering in the face of public protest. Justice Minister Sabine Leutheusser-Schnarrenberger has suggested that the government was not prepared to give the treaty the green light. The United States, Japan and Canada are also among signatories.