David Gelernter explains why we need a new Luddite movement against the Internet. He contends that Germany is the most likely place for such a group that resists a blind belief in the usefulness of the Internet. 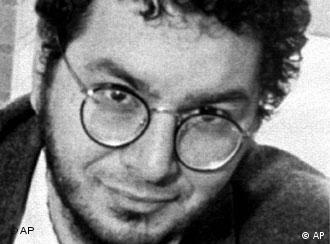 David Gelernter is a professor of computer science at Yale University. He is widely credited as having foreseen the Internet in his book "Mirror Worlds" (1992) and having predicted the information streams used currently by many social networking sites. Gelernter was critically injured by a mailbomb sent by the so called Unabomber in 1993. In addition to technology issues, Gelernter has also written widely about culture and the arts, politics, and religion.

Deutsche Welle: The Internet will become increasingly influential in all areas of our lives. But new technological advances have always spawned opposition. Do you foresee a new Luddite movement against the Internet in the future (A movement which like the earlier Luddites or the Maschinenstuermer questions and opposes the rise of the Internet and other related technologies - ed.) ? David Gelernter: I wish I could say yes. I think it would be tremendously valuable, not in the sense of a destructive Luddite movement that makes it a practice of destroying computers. But a group of intellectual dissent that asks us to slow down, that asks us to evaluate what we have achieved, that asks us in practical terms what we have gotten for our money, asks us what environment our children are growing up in.

As every year passes, children are more and more immersed in the Internet world whether it's through Facebook, tremendously sophisticated video games - which is a huge industry - Twitter, constant electronic messages. This is the world our children our growing up in and we don't know understand it well enough. It's the world we are building and we have built, but we don't understand it well enough.

Do I foresee such a movement? Maybe in Germany. Germany is the only place where there is no automatic unanimity on the desirability of increasing "Internetification" of the world. In a sense, I think it is up to the German intelligentsia and students. And the question is: can it be done in a constructive way or is it done in a nihilist way. If it is done in a nihilist way that says "go backwards and abolish this technology," then that is bound to fail and will almost certainly be destructive. If it is done constructively, it could be tremendously valuable and I hope to see it, but I don't know.

For some time now there has been a trend toward smaller and portable computers, from handheld PCs to netbooks and so on. You predict that people could soon work in office complexes designed around really large-screen computers. These new kinds of buildings and the quality of these new computers will not only alter our architecture, but also allow us to spend so much more time before the computer. How will that affect our lives and how will it affect our relationship with nature?

That's an interesting question. Going back to [my] book "Mirror Worlds" from 1991, it talks about something like the web and the idea that the world would be mirrored in the surface of software like a town in Vermont in a pond. The end of the book was an argument between my two alter egos, one saying it is a wonderful development: People will know more and have deeper and deeper insight into the world, history and their own lives. And the other character is saying: This is separating us step by step from real experiences and real sensations. Something in the book that is quoted occasionally is that soon you'll be able to see the whole world without changing out of your pyjamas.

On the one hand, there is a fundamental human drive toward what the book calls "topsight," toward seeing the big picture. And even if I sacrifice the sensual experience of dealing with nature, there is still an intellectual drive to go to the top of the tallest tower; everybody who visits Paris goes to the Eiffel tower. People want the big picture and the Internet helps them do that.

On the other hand, as you go higher and higher, your view is larger and larger and more and more abstract, and you are further and further away from human life, from the experiences that really count and that really matter. One might say in principle, working more effectively, more efficiently, more productively leaves more free time and people will wonder in nature and spend more time with their families or do whatever they like to do. But in practice they seem to work harder as their productivity increases.

Institutions like Yale are less and less interested in the liberal arts. Yale no longer says, we exist to educate you in history and philosophy and some science and some mathematics. It says, we exist so you can get a top job, so you are going to be a CEO or you are going to start a company and make $20 million before you are 25 or you will be a top government lawyer and will be on the Supreme Court. Yale, as so many American universities, has taken this increasingly mercenary view.

And so I don't think that greater productivity and economic efficiency in fact yields any increase in the closeness to the things that count in our own world and above all the human beings in it. I think computers retell impressions that are too abstract in the final analysis to be acceptable. Hearing the sounds, seeing the sights, smelling the river, hearing the tide come in and out, this is what defines the character and quality of the human life.

And yes, the Internet is a real danger if you look at the current generation of American children who are more and more glued to their machines, whether they be pods - and they are plugged in all the time - or whether they are on their phones and talking to their friends or they are texting each other. They spend hours and hours immersed in this environment. And those are hours that they are obviously not outside playing ball or talking to their parents or meeting their friends. It is a real issue.

You argue that in the future the many information streams that we can access today can be mixed together and we can create our own personal stream which is different from all the other streams. So essentially we become the DJ's of our own digital lives. But how personal or individual is our personal stream really, if as you say the Internet celebrates a culture of "nowness" where everyone is pretty much interested in the same things like celebrities and current information?

[In our research group we have designed a platform where information is fed chronologically, the editors] so that the way the displays we built work - and Apple has built things like this also - the present is at the surface of the screen. It moves into the past, into the depth of screen, and the virtual future is out in front of the screen and is moving toward the screen, crossing the line of the present and moving into the past.

Just by the fact that you visualize the passage of time, you can reach back into the past. You have infinite reachback so to speak; you can reach back to last week or last year. The fact that I might bequeath my stream to my children or I might have my grandparents stream raises at least the chance of redirecting some of the energy that is obsessed with the current moment into using the computer as a tool for visualizing the past and the flow of time -- the texture of time to use Vladimir Nabokov's phrase.

The texture of time is hard to visualize. So any chronological stream, especially if it makes use of the depth of the screen to suggest an incremental gradual fading into the past, is a psychological tool as well as an information tool to help people redirect their attention onto the passage of time, the meaning, significance and availability of history.

When you say the stream to some extent is the same, I think the potential sources are so wide that there will in fact be a significant amount of difference. The most important things on my stream are just my personal things, email and messages that are sent to me, photos and videos that I took, drafts that I'm working on.

This stream, in our experience, has a very large component of strictly personal documents. But then there are a large variety of other sources to pick from; and it's absolutely true that every student that goes to this high school is going to be tuned on to the high school students' stream, and certain streams will be popular because they are some popular guy's stream and everybody will be tuned into that. But at least the opportunity to branch out exists.

Once you got the stream together, maybe your parents or your brother put it together for you, you only have to look at one spot and you have a wide variety of stuff flowing through it, it's more likely that people will see a variety of stuff that's just flowing past and all you have to do is look to get more information in our augmentation.

Psychologically and ergonomically the barrier to seeing new and different things is lower. Now does that amount to a qualitative change? I don't know. I hope that it will, but I don't know.

Blogs and other social media have shifted the power among governments, the media and ordinary Internet users. That means a louder voice for some and a larger threat for others. (24.06.2010)

Fifteen people were killed and several injured at a residential building in the Donetsk region, a Ukrainian governor said. Meanwhile, Canada plans to return a Nord Stream 1 part to Germany. Follow DW for the latest.