Scientists on the island of Fiji have discovered a type of ant that plants, fertilizes and guards its own coffee crops. The industrious creatures have been perfecting their agricultural know-how for millions of years. 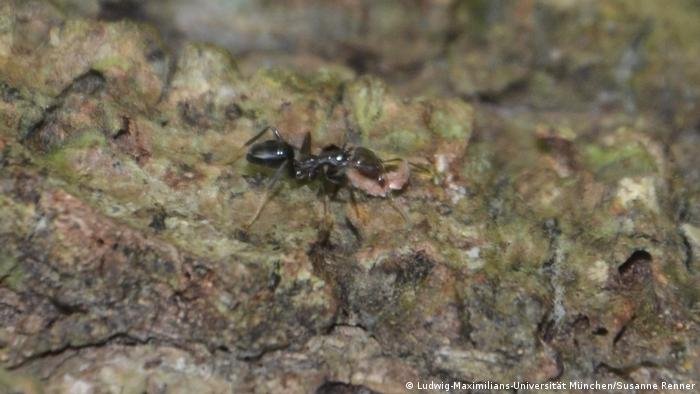 What do ants have in common with farmers? Green thumbs! The creepy crawlies pictured above, known as "Phildris nagasau" ants, don't just harvest the nectar from the plants they sow, they also use the coffee plants later on as a place to live.

"This is the first ant to build its own home," says Susanne Renner, a botanist from the Ludwig Maximilian University in Munich. The ants cultivate the seedling for weeks, even though it is initially of no direct benefit to them. Only after three to five months can they finally move in to their new and aromatic abode.

"It's like a farmer tending to his crops," Renner tells DW.

In order to observe the ants, one of Renner's colleagues, PhD student Guillaume Chomicki, was forced to climb trees in Fiji. "He was hanging up there for hours, carrying out experiments," Renner explains. Fiji is home to many ant species, and it was important to the group to find out if the ants' organized behavior could be explained by their intelligence.

"As far as we know, it's totally innate," Renner continues. "The ants must know which seeds they are planting." 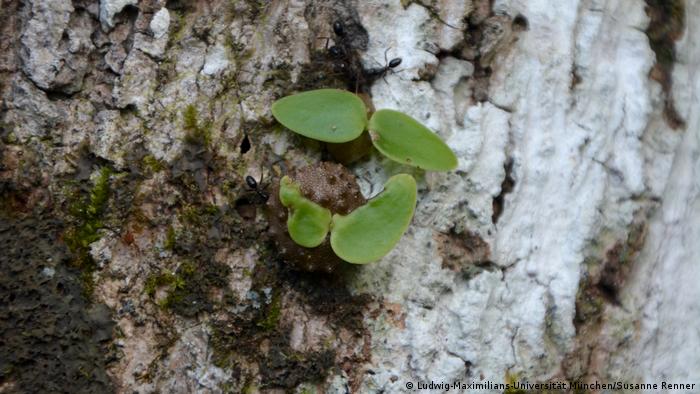 The seed begins to sprout

In order to test this theory, Chomicki laid out other seeds and grains of rice - but the ants were only interested in seeds which would later sprout potential ant accommodation.

To ensure the botanical house turns out as planned, the ants take it in turns to guard the seedling and fertilize it with dung and urine.

The seeds can't just be planted anywhere, either - the location must be suitable for a future home. Coffee plants make it all the way up to the canopy of certain jungle trees, where they are closer to the light. They also develop cavities that make a great residence for the queen ant and the perfect place for laying eggs.

The researchers discovered that the ants plant six different types of coffee plant in the bark of jungle trees. In fact, this type of ant is exactly as old as its six favorite species of plant – three million years.

The scientists predict that if any other creatures were to exhibit similar behavior, it would have to be other social insects, such as bees or termites. That's because this process depends on teamwork. These plants are only able to spread with the help of the ants.

Ants live symbiotically with other animals as well as plants. For example, "herder" ants take care of aphids, defending them against ladybirds and "milking" them. 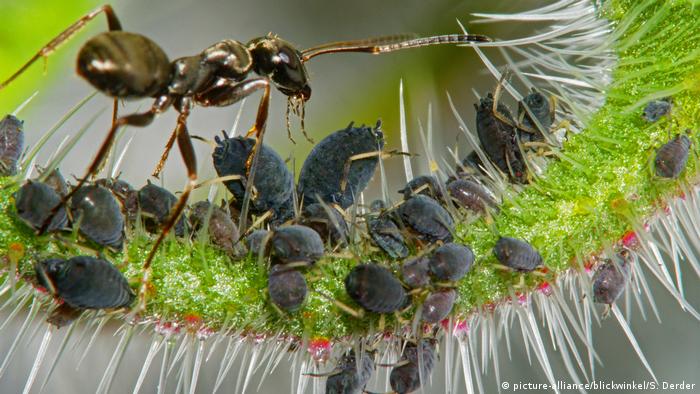 So what's so special about the Fiji ants? These ants actively grow plants. For the LMU researchers, this new information means the hours of hanging around in trees were worth it.

The researchers had intended to focus on the evolution of the interaction between ants and plants.

"It was just a coincidence that we discovered quite how specific this collaboration is," Renner said.