Anish Kapoor: Master of darkness at 65

One of the most highly decorated contemporary artists alive today, Anish Kapoor has created enormous sculptures and high tech paintings — and has patented the blackest black. A look at his work on his 65th birthday. 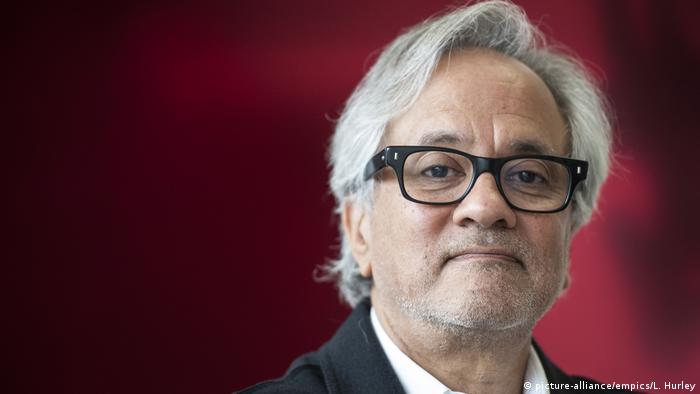 "Black hole devours museum visitor" is an odd headline. And this one, from summer 2018, had nothing to do with astrophysics. The hole in question was a 2.5-meter deep exhibit in Portugal, installed by artist Anish Kapoor. Despite warnings advising against going too close, a man attempted to walk across the intensely black surface and fell inside. According to media reports, the man landed in the hospital with minor injuries.

The artwork, Descent into Limbo, was created by painting the walls of the hole with a high-tech acrylic paint that absorbed the light in such a way that the abyss suggested that it was a circle painted on the floor. Sneaky though it may have been, Kapoor was dismayed by the accident. Yet the idea behind it is one that is central to the sculptor and painter's. Kapoor, who said he is interested in the idea that objects are not necessarily as they might appear at first, warns viewers that illusions are lurking everywhere. 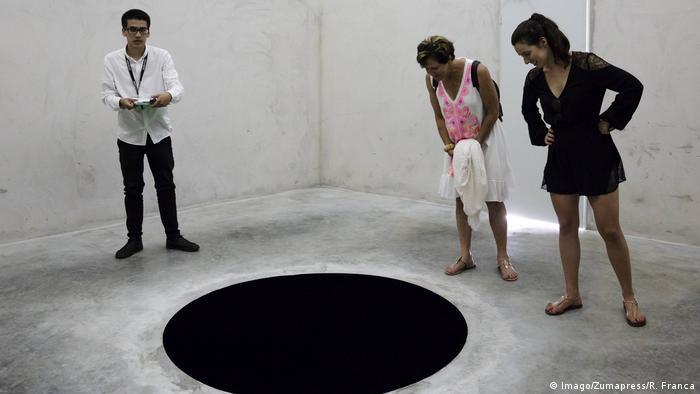 The black hole in question

Although his sculptures and installations do not normally pose physical danger to the viewer, they are challenging, pushing the limits of art.

His blood-red Orbit tower, erected for the 2012 Olympic Games in London's Olympic Park, is a delight among Londoners. The UK's tallest public sculpture, a 115-meter-high installation, is asymmetrical, a mess of knots and jutting elbows. In an interview, Kapoor himself compared the sculpture to a cathedral.

Cathedrals are likewise something the artist is familiar with. He designed an altar stone for the reconstructed Frauenkirche in Dresden out of a massive block of black limestone. 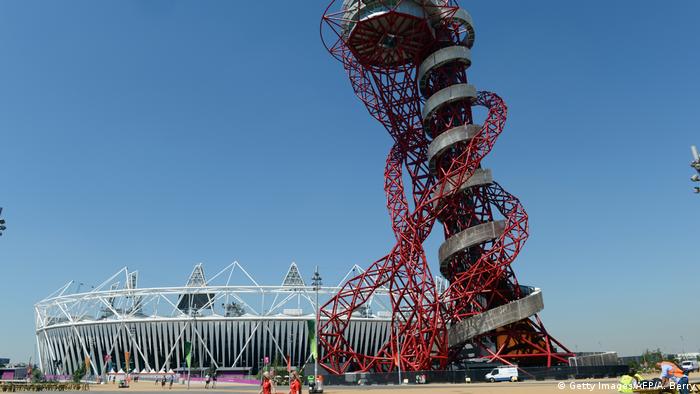 'Orbit' was erected for the London Olympics

From Turner Prize to knighthood

Born on March 12, 1954 in Bombay (now Mumbai), to a Hindu father and Jewish mother originally from Baghdad, Kapoor has become one of the most highly decorated contemporary artists working today.

He grew up in Mumbai and later lived in a kibbutz in Israel before heading off to London to study art in the early 1970s. There, his star ascended, with his career leading literally to Britain's art nobility.

Kapoor represented Great Britain at the 1990 Biennale and participated in Documenta IX in Kassel in 1992. By then, he had already received the prestigious Turner Prize a year earlier. In 2013, he was knighted for his services to visual art.

Drawing equally on the spiritual traditions of his native India and the ideas behind Western art traditions, Kapoor was perhaps predestined to become a kind of Commonwealth artist. His interactions with all sorts of vibrant, brilliant colors is seen as references to the blaze of hues of the Indian subcontinent.

Read more:Black is the new black and artist Anish Kapoor claims to own it 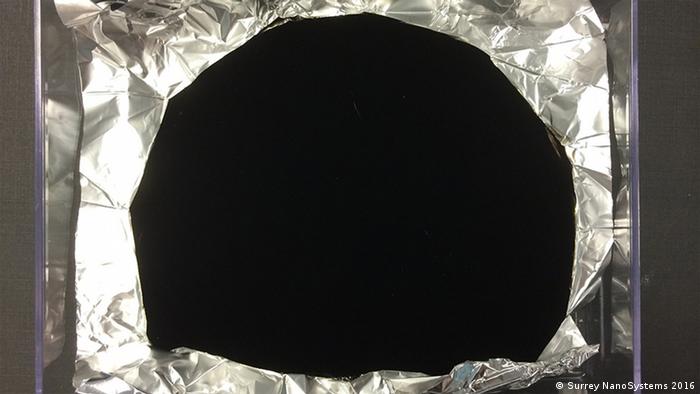 The blackest black in the world

But it is a non-color that has put Kapoor in the center of much talk in recent years — and sparked controversy in the art world: Vantablack, the blackest black today, the color at the center of the black hole that swallowed up the museum visitor in Portugal. Based on nanotechnology, the deep black absorbs 99.6 percent of all light radiation and was originally developed for satellites. Ideal for Kapoor's art, it makes three-dimensional objects appear as smooth surfaces. Kapoor exclusively secured the artistic usage rights to Vantablack. A protest broke out when the artist prohibited others from using Vantablack.