Swedish furniture manufacturer IKEA is the latest retail store set to expand into India. The government wants to attract much-needed infrastructure - while many shop owners fear for their livelihood. 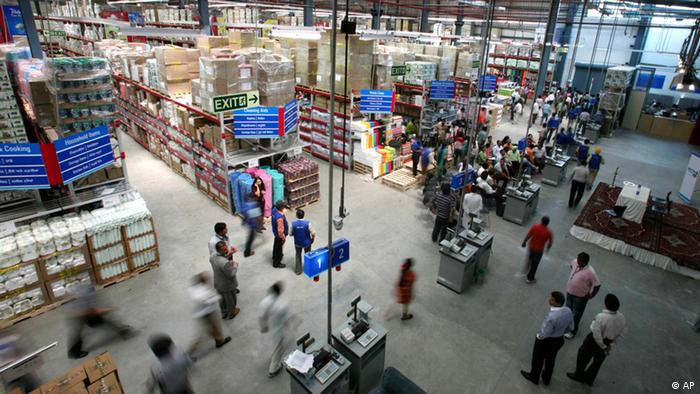 Praveen Khandelwal's hardware store in Delhi employs some 15 people. But soon, the shop owner fears, they might all lose their jobs - and with it, their livelihood.

"International companies will grab the entire retail trade," Khandelwal told DW. He is afraid that there will be no room for small-scale retailers like him. "Foreign companies will rule India!"

For a long time, India had very restrictive rules on Foreign Direct Investment (FDI). But in the last couple of years, restrictions have been loosened. In June, 2012, the government made some changes to its policies, allowing foreign retailers to operate with less restrictions in the country.

This, according to Gareth Price, a Senior Research Fellow at the British think-tank Chatham House, was aimed at building up much-needed infrastructure in particular in the agricultural sector. "India's supply chain management is very poor. A lot of food is wasted before it even reaches the shops," Gareth told DW. India, he added, lacked the resources to improve its infrastructure - the reason the ruling Congress Party decided to open the country to foreign investment. 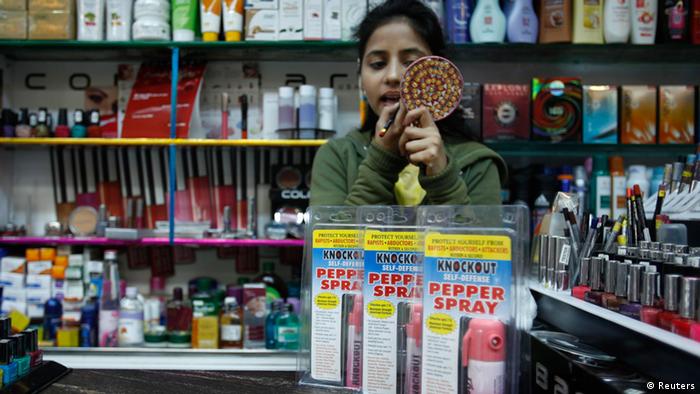 Many small businesses fear for their trade

Several foreign companies, including Wal-Mart, were quick to set up shop following the liberalization.

In November, the government went even further, allowing for full ownership of local subsidiaries by foreign companies. Previously, foreign ownership had been limited to 51 percent.

Furniture manufacturer IKEA is the latest international retailer set to expand into India. On Tuesday, January 22, an Indian Commerce Ministry official said that the Investment Board had approved the Swedish company's 1.9-billion-dollar investment proposal. IKEA announced it planned to open 25 stores in India over the next 15 to 20 years. The Cabinet, however, has yet to approve the bill and some Members of Parliament have already voiced their opposition. The opposition BJP party said that it would reverse the decision after the next elections, Price from Chatham House said.

The issue of foreign investment is highly divisive. Many Indians, Price said, fear that hundreds of thousands of jobs might be lost in the retail sector, one of the biggest employers in India. 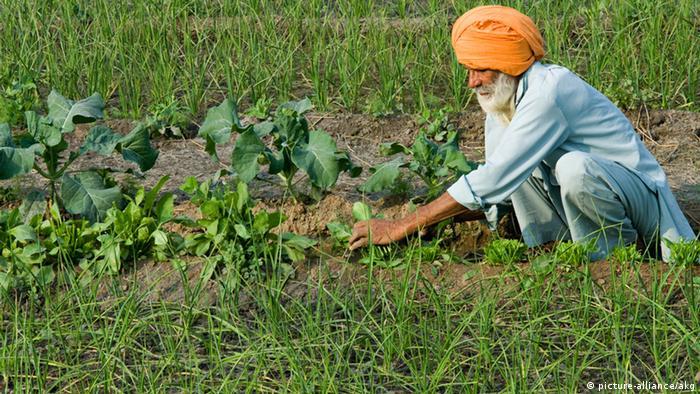 Foreign retailers: a blessing or a boon for India's farmers?

Dharmendra Kumar is one of them. "We're not so concerned about IKEA," the social activist with India FDI Watch, told DW. "They only make furniture, they won't have much impact." But he is concerned that while so far only a minority of India's states have passed the FDI laws, others may soon follow suit. "And once they get here, they will spread."

It was only a matter of time, he added, before foreign companies would start to have an impact on supply chains, dictate prices and force small- and medium-sized producers out of business.

With a little help from abroad

Amita Arora Puri from the All India Artisans and Craftworkers Association takes a less bleak view: IKEA with its "unmatched funds and global expertise" could help local artisans and traders to improve their designs, product quality and production abilities," Puri told DW.

"The domestic private sector is looking for intellectual property of how foreign firms are doing things," Price agrees. He added that, given India's red tape and often excessive bureaucracy, foreign companies might find it hard to operate in India, letting the domestic sector take over. "That would seem a perfectly plausible outcome in the retail sector."

Or, in one Twitter users' laconic words: "50 percent of Ikea's sales in India will be to furniture manufacturers who want to steal their designs."

But Price doesn't think that many foreign companies will commit themselves to India just yet, given the political opposition to the liberalization move. After all, he told DW, the opening was "reversible."

Shop owner Praveen Khandelwal, for one, isn't planning to wait and see. He wants to take his fear to the streets. "We're working on a campaign against the foreign retailers," he told DW, referring to a group of shop owners and retailers. "Just wait."

Indian Prime Minister Manmohan Singh has won support from parliament for his prestige project. Now the country's market can open up to foreign international concerns. (05.12.2012)

The Indian government and the IKEA group are reportedly on the verge of a compromise on local sourcing rules. This would allow the Swedish retailer to operate in India, opening 25 stores across the country. (09.08.2012)

India grapples with recession ahead of elections

Amid worldwide economic crises, the Indian economy is dealing with a recession of its own. With presidential elections coming up next week, many fear populist policies will override solid policy decisions. (09.07.2012)