An ode to Berlin's eternal and uncountable construction sites

Berlin is drowning in never-ending construction sites. The city doesn't even know how many there are, finds DW's Gero Schliess. The new Berlin finds comfort in an unlikely composition. 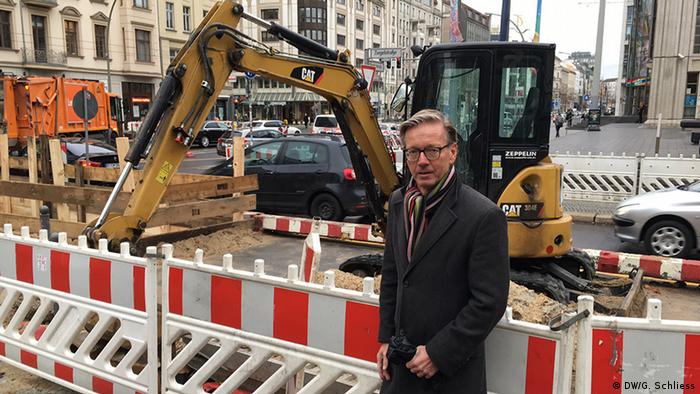 Admittedly, when Franz Schubert wrote his "Unfinished Symphony," he wasn't thinking about Berlin's eternal construction sites. But I can't stop thinking about his masterpiece since I moved to Berlin and have to navigate through the labyrinth of cranes, fences and excavators on my bike.

It was different when I lived in Washington, DC. There, it was dangerous to ride a bike - not due to construction sites, but because of all the pot holes.

I recall a painful somersault I did right in front of Vice President Joe Biden's house. I'd overlooked the crater in the street.

Berlin's streets are full of both pot holes and construction sites.

On the way to work, Schubert's "Unfinished Symphony" transforms in my head into an insistent counterpoint accompanied by the pervasive tremolo of jack hammers.

My blood pressure rises - and so does my agitation. Construction sites are everywhere. They spring up like mushrooms and enjoy a longevity that would make the dried chanterelles in grandmother's jar jealous. 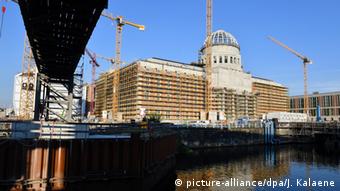 It's no wonder that a taxi driver recently told me with annoyance that unfinished construction sites were Berlin's new landmark. BER, the capital's new airport, is indisputably the most visible of these landmarks.

For the past three years, the Berlin newspaper "Tagesspiegel" has been counting the days by which the project has exceeded its October 2011 deadline. At the time of writing, they amounted to 1,621. But the worst thing for Berliners is that we are running out of BER jokes before it's even finished.

If only BER were the end of the story. But the entire city is covered with BERs, small and large. Among the bigger delays are two recent prestige projects. One of them in the Pergamon Museum, whose cost and building time will have doubled when it's finally done. And there are reportedly problems with the reconstruction of the City Palace, which is slated to house the Humboldt Forum - a cultural center that is meant to strengthen Berlin's role as a global cultural hub. Now, an embarrassment on a global scale is imminent. 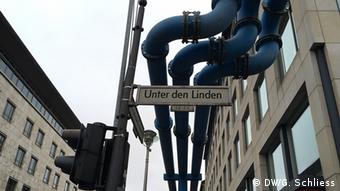 As long as work is being done underground, pipes will stay above the streets

Berlin's traffic is a mess

It's superfluous to mention that the construction sites - particularly those near big streets - can hardly be coordinated. They seem to sprout up randomly and unplanned. The result: traffic jams and continuous stop-and-go.

I tried asking the Berlin city authorities exactly how many construction sites there currently were in the city and received this telling response from the press spokeswoman: "Dear Mr. Schliess, I'm afraid that no one will be able to tell you the current number of construction sites in Berlin." 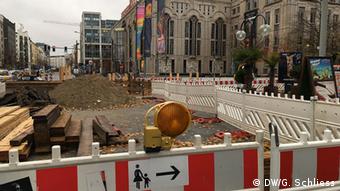 Detours are part of everyday life in Berlin

She added, "We have more important tasks than collecting statistics. Nevertheless, good luck with your research!" How motivating.

So I turned to a newspaper archive. There are more than 100,000 construction sites each year - one every 53 meters, estimated the "Berliner Zeitung" newspaper in 2013, when there were even fewer sites. I think the current number is much higher.

But despite all their complaining, the Berliners tolerate the situation with patience. Since the end of World War II, they have often had to improvise and live with makeshift solutions - not least due to the Berlin Wall. Works-in-progress seem to be part of their DNA.

Anarchy in Berlin or building blues 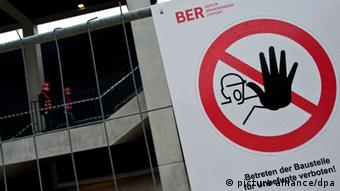 No access! It will be a while until BER is up and running

I have to think of Schubert's "Unfinished Symphony" once again. What if he hadn't written the work in Vienna with its idyllic horse-drawn carriages, but in present-day Berlin? His music certainly would have had a more aggressive beat. He would have been the Sex Pistols of his day and made quite a racket with "Anarchy in Berlin."

Or the work would have just been nothing but a gaping silence in honor of the many deserted construction sites that seemingly have never seen a construction worker. At the end, the Schubert that is new to Berlin would sigh in resignation, as I am doing now, and write the building blues.

Rumor had it, Trump might tear down walls in Berlin

Will Donald Trump visit Berlin ahead of the US elections? No way! Or yes? A little report on the internet rattled Gero Schliess, driving the DW columnist to speculate on the outcome. (06.11.2016)

Why Berlin is a haven for nomad artists

Berlin is the perfect place for wanderers like Chinese artist Xiaolu Guo, finds Berlin 24/7 columnist Gero Schliess. The city is on its way to becoming Europe's go-to address. (30.10.2016)

How I found out that Berliners can be friendly

Berliners have the reputation of being rude. In his Berlin 24/7 column, DW's Gero Schliess explains, however, why he was pleasantly surprised. (23.10.2016)