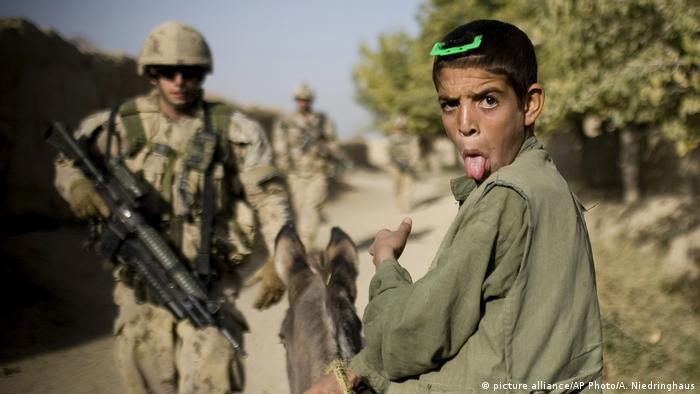 Gallery owner Silke von Bersworth contributed many of the photos on display from her own collection - and told DW all about her fascination with the German war photographer's works. Niedringhaus was killed in a shooting in Afghanistan in 2014.

DW: Anja Niedringhaus' war photos show suffering and horror in times of war, but some of them also depict some lighter, humorous moments. Was that her special take on reality?

Silke von Bersworth: Her photos tend to tell the story of what's going on around her. She wasn't a war photographer in the usual sense, taking pictures of combat and battle scenes. Her photos show what war does to people, how they try to come to terms with it, and still continue to live their lives in dignity. 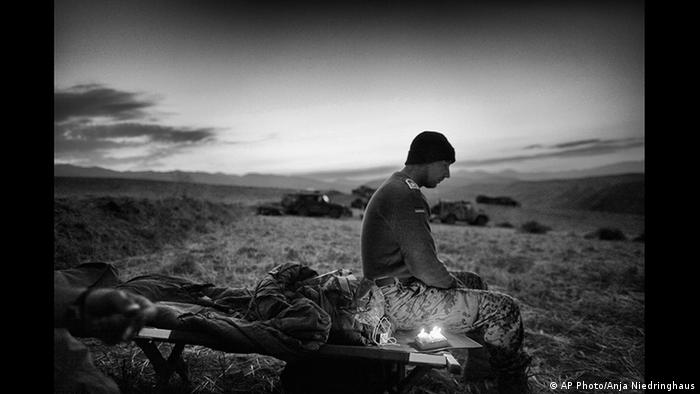 A moment of quiet reflection in Afghanistan

What makes Anja Niedringhaus' photographs so special for you as a collector and art historian?

Her view of the individual, of the human factor in times of war, gives her photos a special quality. She was always very open and approachable; she always responded to people. Her pictures reflect that. They do not represent matter-of-fact, objective war reporting - instead, be it a soldier or a child. Her photos take the person seriously in his or her immediate situation.

Would you say that, in some of her photos, it's almost as if she felt humbled by the situation unfolding in front of her camera lens?

I suppose that's true. Children abound in her photos. Sometimes she assumes their point of view, putting herself in their shoes, taking the picture of the surroundings from their perspective. Sometimes it's hard to grasp at first sight.

Some of her photos show children at play as the war goes on around them, and the pictures are quite humorous. That an important part of her tough job as war reporter. Did it help her deal with the horrors of war? 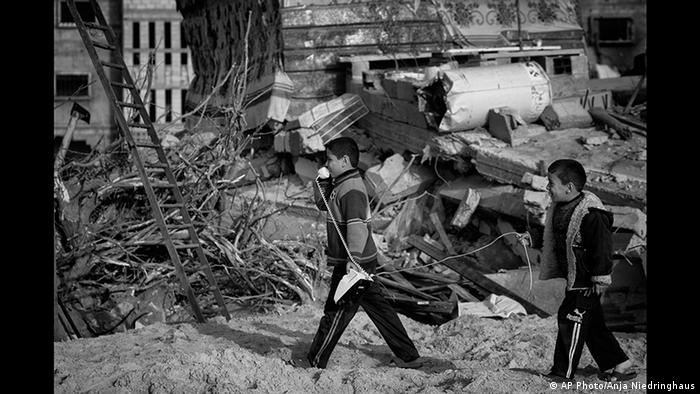 The ruins have become one big playground for these two boys

Yes, I think so. The photo of the two kids playing with a phone in the ruins of their city, for instance, was really important to her. In 2012, we organized an exhibition of her photography in Bochum, in a venue that houses part of the Ruhr University's art collection. She was present, and she wanted that particular photo printed on the invitations.

Photographers are often reluctant to speak about their work, they would rather let their work speak for itself. What about Anja Niedringhaus?

She wasn't reluctant at all. She always said she took pictures in war and crisis regions to ensure that people took notice of the situation. Of course, the photos also speak for themselves, for the most part they are so impressive that you can imagine the story behind them. But she also liked to talk about them. 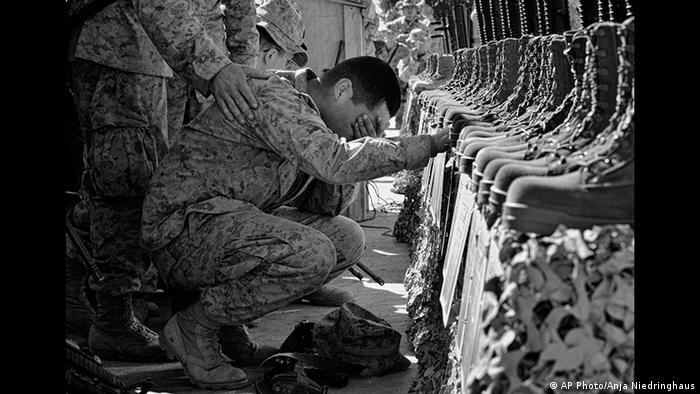 Niedringhaus won many awards, including the renowned Pulitzer Prize in 2005. Was she really aware of the stellar quality of her works?

Anja Niedringhaus was a very self confident woman. But she never sought the limelight. She was certainly a good observer with a keen sense of the situation of the person she was portraying - that much is evident in the photos. She portrayed all of these people, even the wounded or people in dire straits, with dignity. They are not victims - we are seeing people who stand up to or brave disaster.

How aware was she of the danger inherent in being a war reporter and photographer?

I believe she was very aware of the dangers, though I can't say so for sure because it is very personal. But she felt it was important, it was her duty to report about what was happening in these wars, and how devastating the consequences were for the people. She felt a sense of duty to document it all. 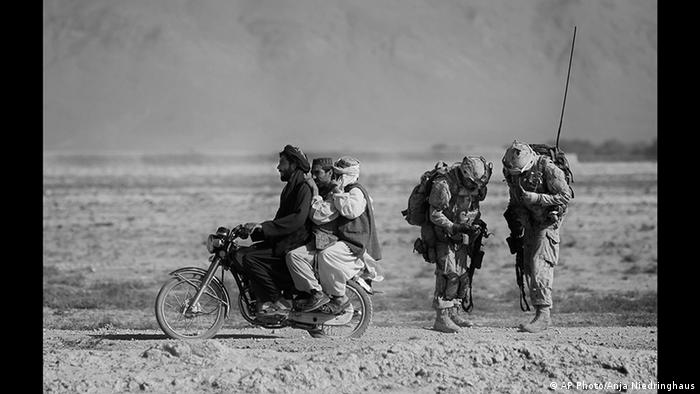 The International Women's Media Foundation (IWMF) in 2014 created the Anja Niedringhaus Courage in Photojournalism Award "to honor the life and work of Pulitzer Prize-winning AP photographer Anja Niedringhaus," and to celebrate "the courage of women photojournalists who risk their lives in order to capture moments of humanity amidst conflict."