An antidote to Trump: Jim Jarmusch and his film 'Paterson'

Jim Jarmusch became an icon of US independent cinema in the 1980s. Now his latest film is exactly the opposite of Trump's style: quiet, sensible, honest and lyrical.

His films from the 1980s made him a cult director. Jim Jarmusch's "Permanent Vacation," "Stranger than Paradise" and "Down by Law" offered an unmistakable alternative to the world's Hollywood-dominated cinematic landscape.

Shortly after directors like George Lucas and Steven Spielberg took the stage with their bombastic space sagas and expensive special effects films, this young man from Ohio demonstrated that another type of movie could also be made in the US. 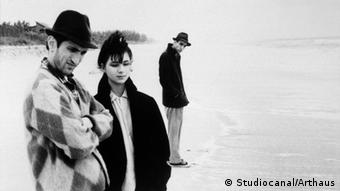 Some 30 years later, the latest film of the now 63-year-old yet eternally young-looking filmmaker hits theaters a week after the election of the controversial Donald Trump, offering once again a strong cultural contrast to the president-elect's America: quiet rather than loud, sensible instead of brash, and honest. 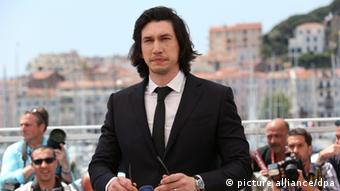 Adam Driver, aka Adam Sackler in "Girls" and Kylo Rain in "Star Wars: The Force Awakens"

The bus driver Paterson (Adam Driver), who lives in the same-named town, is a quiet, introverted person, who writes poems and is a fan of the US poet William Carlos Williams.

The town of Paterson in New Jersey has seen better days. Jim Jarmusch and his cinematographer Frederick Elmes portray it as an unspectacular, dirty, ugly US city.

A star from Iran

Paterson's girlfriend is played by the charismatic and unbelievably attractive Golshifteh Farahani, an Iranian actress who now lives in France. In the film, she embodies creativity and spontaneity with a little dash of craziness.

All these components - the backyards of an average US city, reflections on poetry and the charming non-conformity of a young immigrant - offer a refreshing alternative to the universe of Donald Trump. 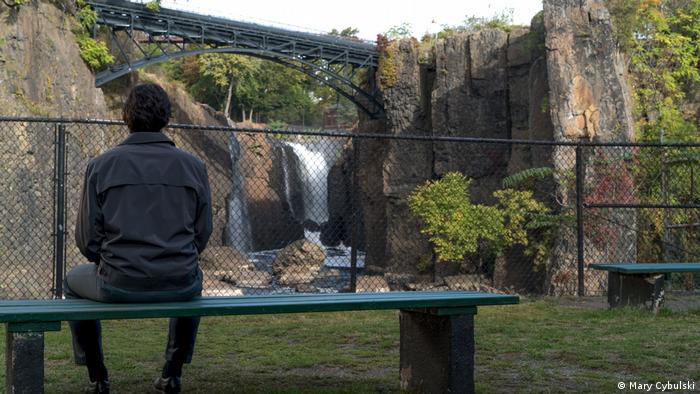 "Paterson" is a celebration of the poetry of the details of daily life, of its small variations and encounters, said Jarmusch about his 11th feature film.

It's a quiet story, explained the director, where the main characters don't go through any big dramatic conflicts. The structure is simple and simply follows seven days in the life of these characters. 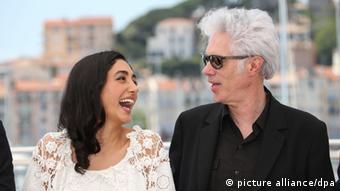 The bus driver Paterson is a big fan of the poet William Carlos Williams, who also celebrated the poetry of small details. He's the author of the phrase, "No ideas but in things," quoted by Wu-Tang Clan's rapper Method Man, who also appears in the film. The quote is a reminder that all ideas come from the real world and its details.

When Jarmusch premiered his film in May, no one was ready to believe that Trump would become the next US president. Now that the film is being released in cinemas, it almost seems to come like a soothing antidote to the country's current events.

Incidentally, if it can be seen in Germany as of Thursday, a country where Jarmusch's fan base is particularly strong, it only opens on December 28 in the US.

The 58th Cannes film festival ended on Sunday with Belgian brothers Jean-Pierre and Luc Dardenne capturing top honors for "The Child", a drama about a young hustler that touched on an overriding theme of lost fathers. (22.05.2005)

US filmmaker Jim Jarmusch is an icon of independent cinema. His new film "Paterson" premiered at the Cannes Film Festival. The dog of the movie was the only one to receive an award. (17.11.2016)