Launched 50 years ago, the last episode of the Star Trek series was shot in 2005. Some Trekkies just couldn't accept it was all over. One of the most determined ones was certainly Jürgen Kaiser, a fan filmmaker. 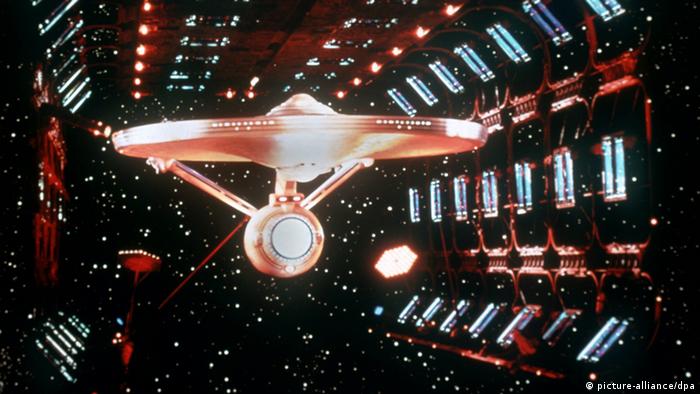 Jürgen Kaiser has spent the last seven and a half years working on a special enterprise: a Star Trek fan film. "It cost me about as much as a midsize car," he says without blinking.

No actor was involved in the project: The whole film was animated.

Kaiser has almost completed his project. The amateur filmmaker has a small working room with two sets. On the left side is the star of his film, the Vulcan Sub-Commander T'Pol, pointy-eared, with a serious expression, and about as tall as Kaiser's hand. 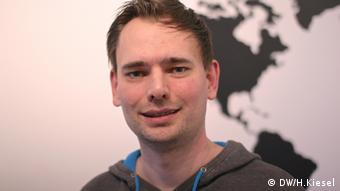 The figure is a plastic articulated action doll from the latest "Star Trek" TV series. She stands in the spotlight, aboard an amazingly accurate looking spaceship.

Kaiser slightly turns her head to the right, then he pulls the trigger of an SLR camera set up on a tripod next to the table. He moves it a bit more, and clicks again. "This goes on and on: For a second of my film, I need to work about an hour," he says and clicks again. The images are assembled into animated sequences in his computer: T'Pol turns towards the Captain.

His film, "The Beginning of the End," will be 3,600 seconds long. You need to be the meticulous type to make a stop-motion movie - and Kaiser definitely is one. He seems to be infinitely patient.

Kaiser works as a technician at a major automotive supplier. He's inherited his obsession for details from his father. "I learned model building from him," he says. 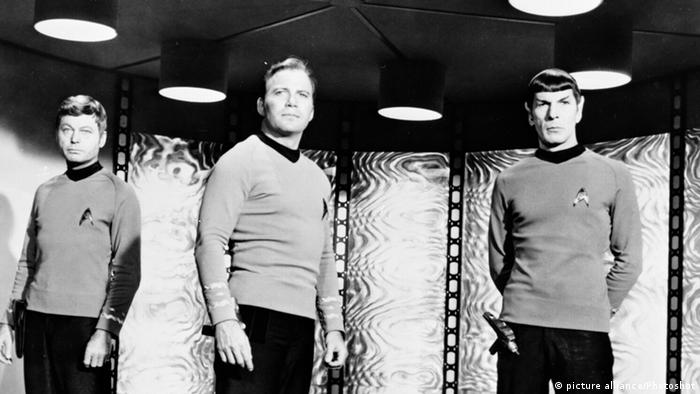 The old-school Star Trek characters in their element

The German fan filmmaker was not alone for his project.

The ambitious amateur filmmaker had already produced a short animated Star Trek film, that was acclaimed by Trekkies worldwide. He moved on to this ambitious project.

To achieve this goal, Kaiser found volunteers throughout Germany: professional voice actors, 3D artists, programmers, and the right software to create fluid movements. "I'm still quite surprised that over 37 people are participating on the project," he says.

None of the participants can expect to make money out of the project - because of the protected trademark. "We are the first in the world to have created such a long fan film," he declares. Kaiser is particularly proud that it became such a team work - it fits well with the Star Trek philosophy.

A future inspired by socialism

The first "Star Trek" series started airing 50 years ago. Gene Roddenberry, the creator of the TV series, imagined space pioneers living in a moneyless society, where everyone contributed their skills to the community. The crew of the spaceship Enterprise was so multicultural that it even included aliens. The kiss between Captain Kirk and the communications officer Uhura is considered the first TV kiss between a white and a colored person in the US. "I like the utopia in Star Trek," admits Jürgen Kaiser.

He fetches a binder filled with his 53-page screenplay. When the Enterprise TV series stopped in 2005, Kaiser didn't want to accept that it was over. "It just had to be continued," he says.

His idea worked because many Trekkies felt the same way too. And because a good Trekkie is always ready to contribute to a common cause - up to a certain point: "I'm not sure if I'd be ready to go through the whole thing twice!," the filmmaker admits. 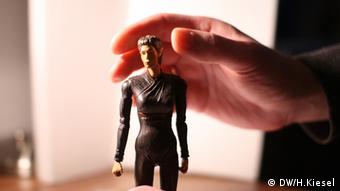 The Beginning of the End

The fan film will celebrate its world premiere at the Star Trek science-fiction convention FedCon, held in Bonn from May 13-16. The hour-long film "The Beginning of the End" begins with a battle, followed by abrupt camera movements, outer space scenes and debris - an ambitious production.

The Enterprise returns to a mission in another timeline, reveals Kaiser. The crew encounters chaos. The perpetrators responsible for the disaster are played by "Terminator" action figures. "And the Enterprise needs to return as soon as possible to Earth," explains the filmmaker, "because there's a big battle happening there too."

He will not reveal more. As a teenager, he was already dreaming of showing a film at the FedCon - and now that will be happening, at a convention welcoming some 2,000 Trekkies.

And after that? Kaiser apparently does have some energy left: "Perhaps a Ghostbusters stop-motion movie?"

A fresh Star Trek TV series will launch in 2017, US broadcaster CBS has announced. The cult classic that spawned dozens of movies and television series since its inception marked its 50th anniversary earlier this year. (02.11.2015)

US actor Leonard Nimoy, best known for portraying Mr Spock in the "Star Trek" franchise, has died aged 83. He had been suffering from a chronic lung condition. (27.02.2015)