Americans ready to turn the page on Iraq War | World| Breaking news and perspectives from around the globe | DW | 22.12.2011

With the Iraq War officially over, Americans still have mixed feelings about the decision to topple Saddam Hussein. But unless things turn ugly in Iraq, the war won't feature much in the election campaign. 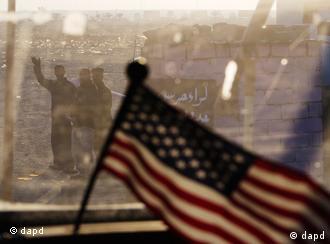 The US public has more pressing issues than Iraq

When the last convoy of American troops crossed from Iraq into Kuwait on Sunday, December 18, the Iraq War which began almost nine years earlier finally came to a close.

An overwhelming majority of Americans support Barack Obama's decision to withdraw all US combat forces from the country. According to a November NBC/Wall Street Journal poll 71 percent of respondents called it the right decision, while only 24 percent said it was wrong.

More interesting, however, is to track the evolvement of public sentiment toward the war over the course of the years.

While Americans were never as convinced of the Iraq War that was launched in 2003 by President George W. Bush compared to the campaign against the same country led by his father in 1991, most initially approved of the mission.

From approval to discontent

Days before the war begun, a USA Today/CNN/Gallup poll found that Americans by a 2-1 ratio favored invading Iraq to oust Saddam Hussein - preferably backed by a UN mandate. Without such a mandate support for the war dropped to 54 percent. Not surprisingly, once the war was under way approval of the mission initially increased significantly.

But the national mood shifted quickly. Just five months after the invasion, a CBS poll found Americans already split over whether the loss of American lives and other costs were worth attacking Iraq.

Shortly thereafter the tide turned completely. Since then the same poll revealed increasingly large majorities who stated the war wasn't worth the loss of US lives and other costs. Last month 67 percent of respondents said so compared to only 24 percent who believe the effort was worth it.

This sentiment is echoed by political experts who emphasize that after almost nine years, close to 4,500 US troops killed and billions of dollars spent on the invasion, Americans have grown war weary.

"The overwhelming feeling right now is relief," says Ellen Laipson, president and chief executive officer of the Stimson Center in Washington, DC. "I think people are very pleased that the remaining soldiers will almost all be home in time for the holidays."

But at the same time there are deep concerns swirling around the future of Iraq. Various surveys show that Americans are rather skeptical about the viability of democracy in Iraq and fear that the country could slide back into chaos.

Due to the uncertainty of future developments in Baghdad it is simply impossible to conclusively answer at this point whether the Iraq War was worth all the blood and treasure, says Donald Brand, a professor and chair of the Political Science Department at Holy Cross College in Worcester, Massachusetts:

"I think if Iraq goes a certain trajectory the answer to that question might well be yes. But on the other hand if Iraq transcends into sectarian violence and simply becomes a pawn of Iran than the answer might well be no."

Compared to pre-war expectations the bar to call the intervention a success has been dramatically lowered. No one in Washington expects a Western-style democracy anymore. Instead, Americans would be glad to settle for an Iraq that could become a moderately stable democratic system and avoid another descent into turmoil. 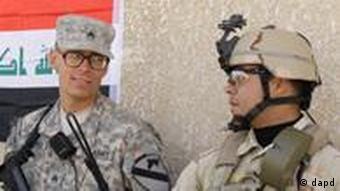 Can Iraqi troops maintain security without the US?

Unfortunately, says Laipson with regard to Prime Minister Nouri al-Maliki's recent efforts to consolidate his power, "there are some disturbing signs that without a large military presence of the United States Iraqis will revert to some bad behavior."

Should that trend continue and should the situation in the country deteriorate dramatically next year, then, but only then could the Iraq War become a major topic in the presidential election campaign.

If things remain calm, it won't, argue the experts, because Americans feel there are much more pressing challenges like the economy and other domestic issues to worry about most of which have been neglected far too long.

Iraqi Prime Minister Nouri al-Maliki fears that the fall of the Syrian regime could spark an internal sectarian war which could expand into a wider conflict in the Middle East between Sunni Muslims and the Shia sect. (12.12.2011)