Ambitious reform of US development policy is no blueprint for Germany | Americas| North and South American news impacting on Europe | DW | 10.01.2011

Ambitious reform of US development policy is no blueprint for Germany

In an effort to boost US soft power, Secretary of State Clinton recently presented the first-ever diplomacy and development review. Experts support its goals, but doubt whether it can serve as a model for Germany. 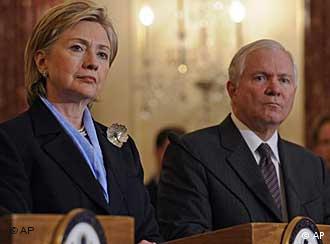 It took two years to complete, weighs in at 242 pages and comes with a grand vision: to change the way the US conducts its diplomatic and development business. The first-ever Quadrennial Diplomacy and Development Review (QDDR), modeled after the pentagon's Quadrennial Defense Review (QDR), was launched by Secretary of State Hillary Clinton with the objective to retool and improve Washington's global civilian capacities vis-à-vis the increasing international leverage the pentagon has gained in recent years.

The sheer contrast in financing is stark, as pointed out in a report by the liberal Center for American Progress from June last year. While the pentagon's fiscal year budget request for 2011 amounts to $708 billion (548 billion euros), the state department's request comes in at 59 billion dollars. In other words, the state department budget is roughly 8 percent of that of the defense department. In addition, more than half of all discretionary federal spending in the US is slated for military expenditures.

This gap in financing has led to worries that the pentagon is increasingly becoming the dominant force shaping not just military, but also foreign policy. Defense Secretary Robert Gates himself in 2008 urged an increase in the financing for the state department and the US development agency USAID (United States Agency for International Development) to keep up with the pentagon.

For the state department the newly released QDDR is supposed to serve as the blueprint on how to build a stronger and more effective organization that ultimately will elevate the department to become a competitive player against the pentagon again.

"The idea is to demilitarize American foreign policy and to realize that many of our most effective levers in the international community are not primarily military, but are based on and draw strength from American society at large," James Davis, director of the institute for political science at the University of St. Gallen in Switzerland, told Deutsche Welle. "I think the more that that is brought to bear in the pursuit of American foreign policy objectives the better off we will be."

The QDDR's goals are broad. Among them are the creation of more than 5,000 new positions, a complete structural retooling of the state department and USAID, enhancing the crisis prevention and response mechanisms in conjunction with the military and improving the planning and evaluation methods of its investments.

A vital tool in the overall mission to bolster US soft power is to strengthen the development arm of the US government, USAID. To achieve that, the plan is to hand over control of all global agricultural and health programs of the US government to USAID. 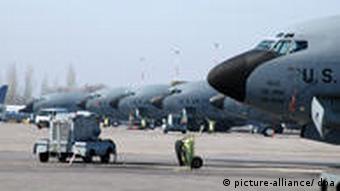 Esser's general concern about the QDDR as a blueprint is that "we know from scores of failures in development policy in the past 30 years that blueprint approaches have never really worked. What have worked are localized approaches."

The harmonization of foreign and development policy is not just on the American agenda. With the start of the new year, Germany merged its three international development agencies to create a single efficient and effective player. Berlin is also mulling further reform in the foreign policy and development arena and will certainly take a hard look at the QDDR.

But Esser and Davis are doubtful whether there are any lessons from the US review that can be used in the German reform debate.

"We should not forget that the US as a donor country in the international aid context has a very special role," notes Esser. "There is no other donor country where the defense department is so powerful and even gets remotely the amount of money overall."

Governments should always strive to learn from each other, says Davis. "But the systems are very different and I think one needs to be careful not to draw too many conclusions."

"We should take into account that the multiple poles of development policy in Germany actually was probably part of Germany's strength and the specialization that that allowed actually helped Germany become a well-recognized actor in global development policy," says Esser. 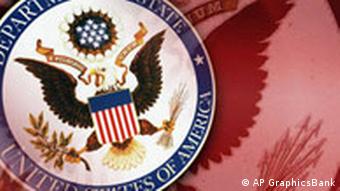 He adds: "My concern is that ultimately what distinguished Germany and some other European countries in the global development arena, namely the independence of development policy from foreign policy is going to be washed out."

In order to foster the global division of labor in the development arena, Germany should not try to emulate the US reform process, but instead try to further boost its core competencies in the international development landscape, advocates Esser:

"I think Germany would be well-advised to not weaken its role and its expertise in the areas of environmental and gender development issues."

Germany is set to spend 6.2 billion euros on development aid in 2011, more than ever before. Despite the unprecedented figure, however, the amount is still below Berlin's Millennium Development aid pledge. (26.11.2010)

President Obama has declared development assistance vital to US national security interests. Some humanitarian organizations believe the President's policy will end a growing trend toward the militarization of aid. (15.10.2010)