A major task of DR Congo's new Prime Minister Samy Badibanga is to hold the next presidential elections. Can he succeed amid a deep division within the opposition and help pull the country from the doldrums? 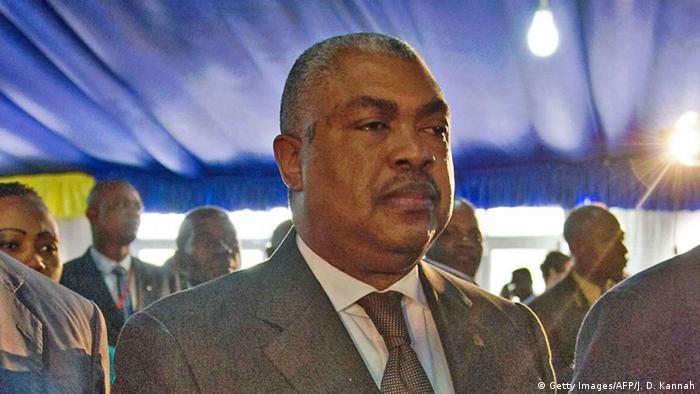 Last Thursday, President Joseph Kabila appointed Samy Badibanga as the new prime minister of the Democratic Republic of Congo. Jean-Luc Kayoko, a civil society representative said "Badibanga's appointment was in line with the decisions from the national dialogue."

As part of the agreements between the government and parts of the opposition in October, President Joseph Kabila was to nominate a prime minister from the opposition.

Kayoko believes if the opposition, civil society organizations and the entire population place trust in the new government, "it would ease the political stalemate."

President Kabila's second, five-year mandate ends in a month's time. He is constitutionally barred from contesting the next presidential elections. However, Kabila does not seem prepared to give up the presidency, which has led to violent protests in the country. 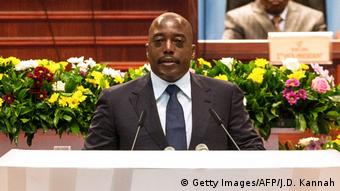 Kabila has not announced he would contest the elections, but does not seem ready to leave either.

At first sight, a prime minister from the opposition looks as if he could put the country back on track. But Badibanga does not have much backing from the opposition. He was leader of the opposition coalition UDPS and Allies in parliament. But after his ouster in 2012, he no longer has much power in his own party, the UDPS.

Badibanga had been at loggerheads with UDPS's leader Etienne Tshisekedi, a leading opposition politician in the country. "Tshisekedi had always questioned the loyalty of Badibanga," said Fidel Bafilemba, a Congolese political analyst.

Tshisekedi had stood against Kabila in the 2011 presidential election and was declared the winner. But Kabila managed to remain in power. "Tshisekedi then saw opposition politicians, who allied themselves with the government or its majority party in parliament and thus distanced themselves from him as traitors," said Bafilemba. 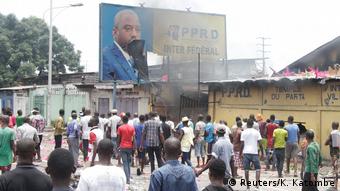 Kabila's reluctancy to leave office has sparked wide-spread violence in the country.

Many supporters of Tshisekedi see Badibanga as a member of the governing party rather than the opposition. Moise Katumbi, another political heavyweight in the country, is also not considered an outsider either. But according to Bafilemba, the appointment of Badibanga as the new prime minister signaled that Kabila did not intend to let power change hands.

He argues that if Kabila had wanted to show a sign of reconciliation, he would have appointed either Tshisekedi or Katumbi. "This did not happen and that's going to harm the peace process in Congo," Bafilemba said.

When would Congo go to the polls?

"Bandibanga's appointment does not solve the political crisis in any way," said Jean-Marc Kabund-a-Kabund, UDPS secretary-general. "We need a comprehensive dialogue that leads to a solution that everyone accepts." 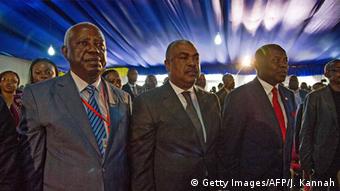 Moreover, the national dialogue's conclusion means that Kabila will remain in office longer than the end of 2016. Then, according to the constitution, he should step down. In a speech in parliament two days before the appointment of the new prime minister, Kabila emphasized that "the Democratic Republic of Congo is a constitutional democracy, and the constitution will always be respected." But the divisive leader did not make any comment on the upcoming elections.

The new Prime Minister is now preparing to carry out the election in 2018. But analyst Bafilemba thinks the future of his country is rather gloomy. "If President Kabila does not decide to bring Congo back on track, it will not happen. I have doubts that the elections will take place in 2018," he said.