Fethi Nourine withdrew from the Tokyo Olympics to avoid competing against an Israeli opponent. The International Judo Federation (IJF) has now suspended the Algerian and his coach for 10 years. 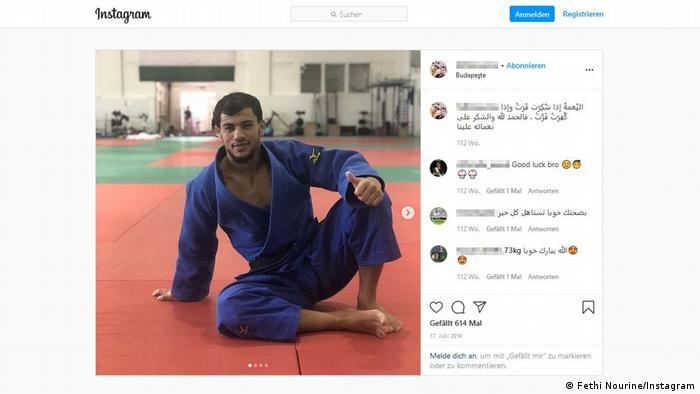 Ahead of Fethi Nourine's Olympic bout against Sudan's Mohamed Abdalrasool in the men's 73kg class, the Algerian announced his withdrawal.

Victory would have seen him come up against Israel's Tohar Butbul in the next round. Nourine said it would be impossible for him to compete against Butbul, due to his political support for Palestine.

It was not the first time Butbul had been involved in a boycott.

Nourine and his coach, Amar Benikhlef, were immediately sent home from the Tokyo Games by the Algerian Olympic Committee, while the IJF temporarily suspended them. 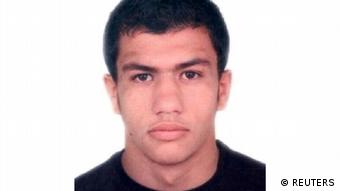 Now, they have been banned from all IJF events until July 23, 2031. The organization said said the pair had used the Games "with malicious intent … as a platform for protest and promotion of political and religious propaganda", which breached Article 50 of the Olympic Charter.

"Therefore, no other penalty than a severe suspension can be imposed in this case."

The statement also said that Nourine and Benikhlef will be able to appeal their bans to the Court of Arbitration for Sport.

Nourine also exited the 2019 World Championships in Tokyo, after withdrawing from competition to avoid facing an Israeli opponent.

Judo's governing body has been strict regarding its anti-discrimination policies and has demonstrated support of Israel's right to compete.

Iranian judoka Saeid Mollaei claimed Iranian authorities ordered him to lose a bout in the semi-finals of 2019 World Championships to avoid potentially facing Israeli Sagi Muki in the final.

Mollaei ended up seeking and receiving asylum in Germany and applied for citizenship in Mongolia. He won a silver medal for Mongolia at this year's Tokyo Olympics.

The IJF suspended Iran for four years in April this year because of the nation's stance on its fighters competing against Israelis.