Algeria closes its border with Mali as conflict escalates

Algeria is closing its border with Mali, its foreign ministry has said. The move comes as the United Nations prepares to hold closed-door talks about the ongoing crisis in the country. 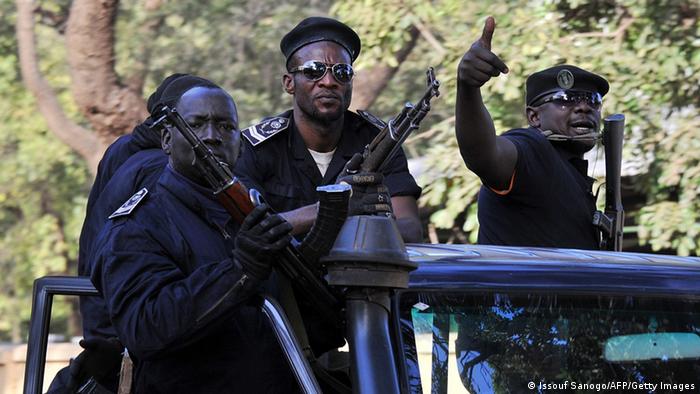 Algerian Foreign Ministry spokesman Amar Belani confirmed Monday that Algeria is closing its border because of "the events in Mali."

On Friday, France began air strikes in the north of Mali in an effort to stop an advancement south towards the capital by al Qaeda-linked Islamist rebels.

Algeria's foreign ministry on Saturday expressed its "unequivocal support" for the transitional authorities in Mali. The country previously allowed France to use its airspace, but has stressed the need for a political dialogue to solve the France-Mali crisis.

On Sunday, French Foreign Minister Laurent Fabius said that Algeria would have to close its border when troops pushed into northern Mali.

"What we have in mind is that if African troops move into the north of the country, the Algerians will have to close their border," he said.

The UN Security Council was scheduled to hold closed-door "informal consultations" late Monday to discuss the situation in Mali.

In December, the body approved a West African-led intervention force to help the Malian government regain control of the north, but that force was only slated for deployment in September.

France, which requested the meeting, is seeking a speedy implementation of the 3,300-strong intervention force.

The UN estimated tens of thousands of civilian refugees have been fleeing Mali due to the latest fighting.

"An estimated 30,000 people may have been displaced as a direct result of the fighting in Central/Northern Mali," UN spokesman Eduardo del Buey told reporters Monday.

"It is feared that the number of people affected may be greater as it has been reported that some Islamist groups have prevented people from moving south," he added.

Mauritania's interior ministry confirmed thousands of refugees were en route to the country's border, said del Buey. He added that some 230,000 people have been displaced since Tuareg and Islamist rebels took control of the country in March of last year.

Berlin is giving political backing to the French military intervention in Mali and investigating how it can help. The deployment of German combat troops is not an option. (14.01.2013)