Results of parliamentary elections in Algeria are expected Friday afternoon, after authorities announced a better-than-expected turnout in the ballot. Still, fewer than half the potential voters made their voices heard. 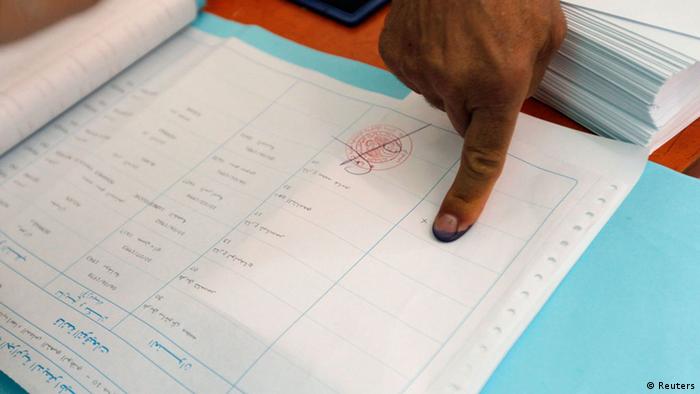 The government in Algiers reported relatively high turnout in parliamentary elections late on Thursday, a surprise after a campaign that appeared to be marred by voter mistrust and disinterest.

President Abdelaziz Bouteflika had billed the ballot as a piecemeal version of the rapid changes taking place in several regional neighbors, referring to it as an "Algerian Spring." Election observers brought in by Bouteflika reported only minor negative incidents on voting day, while the government was able to announce greater voter interest than initially expected.

This follows a record low of 35 percent turnout in 2007 elections.

A total of 500 election monitors were dispatched to oversee the vote. The head of the European Union observatory mission, Jose Ignacio Salafranca, said Thursday's ballot was carried out in "generally satisfactory" conditions. The monitors were not permitted access to national elections lists.

Public skepticism is said to be rife where the vote and its results are concerned, even though President Bouteflika had said they should mark the rise of a new generation. The Algerian president was a minister in the country's first independent government in 1962 after years of war with colonial power France.

Algeria's moderately Islamist "Green Alliance" coalition is expected to score well in the polls, perhaps becoming the biggest group in the 462-seat parliament. Bouteflika's opponents maintained that the coalition would not bring about the same sort of changes that have been made in neighboring countries like Egypt and Tunisia, which was one of the reasons voters were expected to shun the polls prior to voting.

Algeriawas the scene of riots and protests in January 2011, coinciding with some of the earliest outbreaks of public outcry in the so-called "Arab Spring" movement in places like Tunisia.

President Bouteflika responded to the unrest by pledging the 2012 elections, conducted under the official slogan "Algeria is our spring."