"If they cut the forests down, we're never going to get to two degrees. Never." 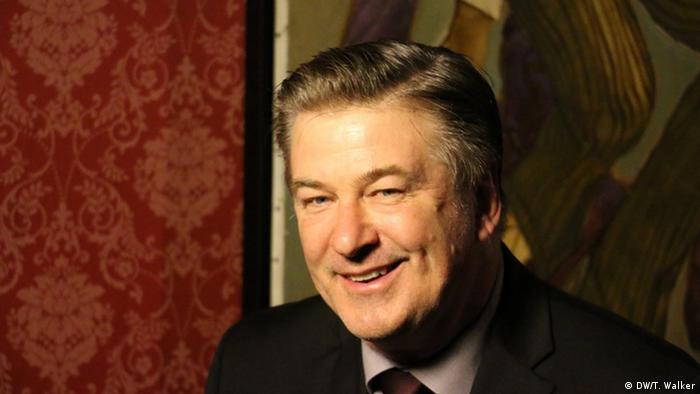 As an actor, supporter of the arts and animal rights activist, #link:http://www.alecbaldwin.com/:Alec Baldwin# is a man of many hats. The latest took him to the Paris climate talks to lend his distinctive voice to those whose own so often go unheard. Those of the world's indigenous people.

Often described as the guardians of nature, they understand the land their ancestors tended and tilled because it is their store cupboard, their pharmacy and their source of building materials. In short, they rely on the natural world to keep them fed, housed and healthy in a way the majority of us do not. Except we do. We just don't think about it that way. And therein lies the problem, and the solution that Baldwin is trying to highlight. 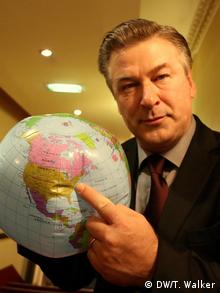 Actor and activist Alec Baldwin points out his hometown

There is much talk of being "on the frontline of climate change," but indigenous communities genuinely are. They are the first to notice how shifting weather patterns affect their supplies, the condition of their land and livestock, and they suffer as a result. It's a problem that native groups have been talking about for a long time. With varying degrees of success.

In Baldwin they have the backing of a movie star, who says working with the #link:http://www.undp.org/:United Nations Development Program (UNDP)# on the issue has opened his own eyes to the inextricable connection between climate change and indigenous communities.

As we walked through puddles that had accumulated during an almost apocalyptic rainstorm over Paris, he explained with a disarming honesty that he had not known much about that correlation before arriving in France. "I wanted to find out what it was about, so when they asked me to come here, I said 'yes', and it has been one of the most educational experiences I've had in years."

Indeed, addressing a crowd earlier in the week, the father of three said he was learning a lot, and joked that while he had arrived in France an actor, he might leave as presidential campaign manager for #link:http://www.hamline.edu/HUEventsDetail.aspx?id=4294980180:Christina Coc,# who advocates for the rights of Mayan indigenous rights in Belize. He asked her to repeat what she had told him before they took to the stage.

"The forest is our mother," she said, her voice choked with tears. "We don't hurt our mother, we respect our mother."

As Coc spoke, it was evident that Baldwin was as touched as most in the room. Whether or not she is the stuff of a president is another matter, but even if she were, it would not, according to the actor's own logic, necessarily solve the problems indigenous people face as a result of our warming planet. 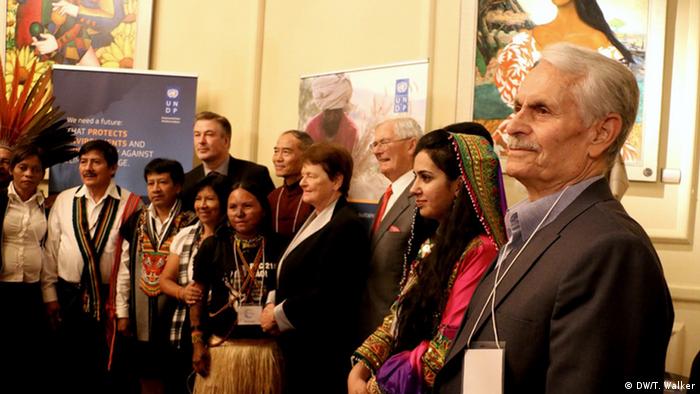 The actor, who is an outspoken Democrat, says it's all too easy to leave the solution-finding to politicians that seem likely to get things done. People think "I can turn my back on that now, because we have Obama in the White House. That's the crisis when people like him get elected." What is really needed, Baldwin adds, is a truly "global" approach.

Though, even as he says the g-word, he admits to having long scratched his head over its "incessant utilization". That too, has shifted through his climate-related work.

"Now I see that in the US we could put solar panels all up and down both coasts, we could cover the Great Lakes with wind turbines," he said, adding that any renewable energy grid has to be built everywhere. "The environmental strategy for climate change is going to make us all very global - though I'm not saying the US is going to join the Euro any time soon."

He paused for a moment, then added with a laugh. "Though I wouldn't rule that out either." Now that, Mr Baldwin, sounds like a mission impossible.