Aldi co-founder Karl Albrecht has died at the age of 94. The billionaire discount supermarket tycoon was believed to be the richest person in Germany. 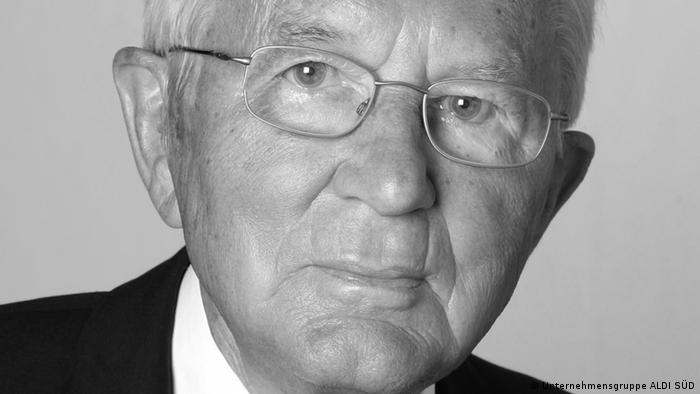 Albrecht reportedly died last Wednesday in the town of Mülheim an der Ruhr, but reports of his death first surfaced Monday in the Frankfurter Allgemeine and Süddeutsche newspapers. His company later confirmed the news.

"We mourn the death of our company founder, Karl Albrecht," it said in a statement.

Born and raised in the western city of Essen, he and his brother Theo learned the grocery store trade working in their mother's supermarket. During the Second World War, Karl served in the German army. Afterwards, the famously media-shy brothers took over their mother's business.

The so-called "Aldi equator" runs between Essen and Mülheim, where Aldi Süd is headquartered.

Albrecht had an estimated personal wealth of 19.15 billion euros ($25.9 billion), according to Forbes magazine.

Aldi chains can be found in Austria, Belgium, the Netherlands, France, Spain, Portugal and the United States, among other countries.