Albania′s EU aspirations still hampered by totalitarian past | Europe | News and current affairs from around the continent | DW | 22.03.2012

It's 20 years since the first free elections in Albania. Now, the small Balkan country is hoping to join the EU. But 20 years after the end of communist dictatorship, it is still affected by its totalitarian past. 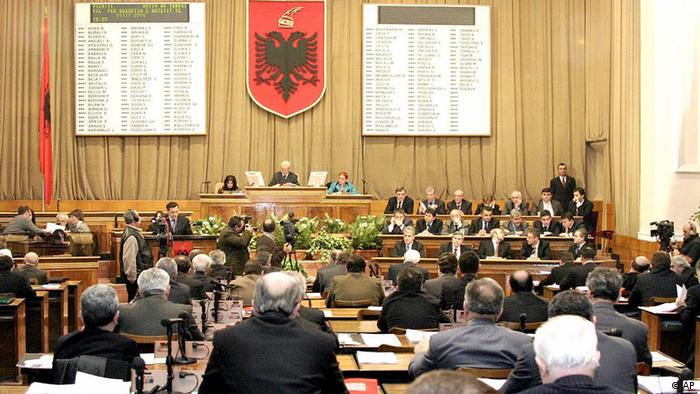 The small country on the Adriatic was the last Eastern European state to find its way to democracy. When a non-communist party came to power after free elections on March 22, 1992, Albania was on the brink of economic collapse: the period was marred by riots, hunger strikes and a mass exodus of the population. Still today, the polarization of the political spectrum is in the way of democratic progress. 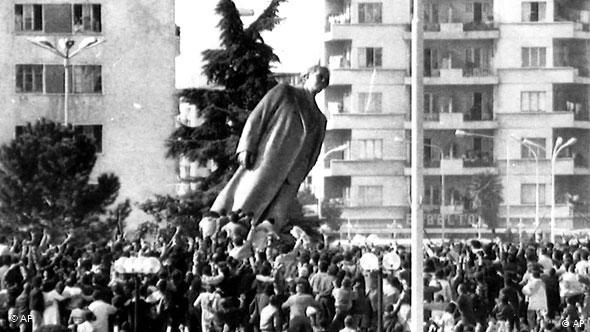 After the fall of Communism, people showed what they really thought of their former dictators

Those first free elections already had the political debate set on simplistic generalizations: politicians were seen as either democrats or communists. Still today, the Democratic Party and the Socialist Party, which has its roots in the communist labor party, are locked in a fierce power struggle.

Surprisingly, the two parties don't differ much in terms of their political agenda. But political debate in Albania is not about content, criticizes Albanian political scientist Ermal Hasimya: "There's a clash of personal interests. Politicians don't focus on what's best for the citizens, but on their power-political interests. That makes the political struggle hopeless and intransigent."

Albaniahas seen a total of five parliamentary elections since 1992. But never once did the losing party officially accept the result. With months on end of boycotts, Democrats and Socialists would paralyze the parliament; attempts to mediate by Western countries failed. The result: Albania keeps getting bad marks from Brussels. 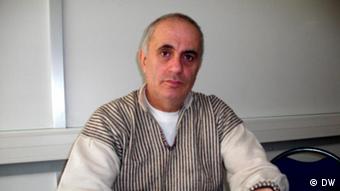 Artan Fuga says that parties, not citizens are the major players

The country was granted candidacy status by the EU in 2009. But nothing has happened since as the country still has a load of reforms to implement to comply with EU standards.

"And because these institutions are still heavily politicized, somebody will always question the election results", Fuga says, adding that parties, and not citizens, are still the major players in Albania's democracy.

Regardless of their political affiliation, the ruling class amongst Albanian politicians – such as Democratic Prime Minister Sali Berisha, and the head of the Socialist Party, Edi Rama – are in many ways still representatives of the old system.

"Voting is difficult for Albanians because there's no real alternative", says historian and Albania expert Ulrich Lempert. "The elites have barely changed since 1990. Today's political elites are to a large part still the same people who were already the elite during communism." 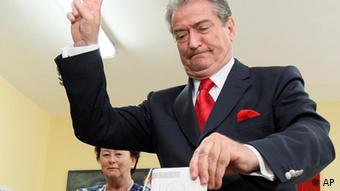 20 years after the fall of the Iron Curtain and 100 years after the state was founded, the Albanian people are still only beginning to come to terms with its difficult past. There was hardly a democratic tradition that could have served as a basis when modern Albania was founded. After the country proclaimed independence from the Ottoman Empire, Albania went on to be ruled by authoritarian monarchies, to becoming a Stalinist dictatorship.

Observers agree that the country has benefitted from the fall of communism in many ways. Citizens and political parties no longer question the very nature of democratic institutions, for instance. Yet, these institutions are still far from properly functioning. The latest report on the democracy index compiled by the Economist Intelligence Unit has this to say about Albania: "It's a hybrid between a lack of democracy and authoritarianism."

'Partition is no solution for Kosovo'

Belgrade and Pristina have struck a deal allowing Kosovo to take part in regional meetings. German Special Representative for Southeastern Europe Nikolaus Graf Lambsdorff spoke to DW about what comes next. (25.02.2012)

A landmark bribery case against one of Albania's highest ranking politicians has ended in acquittal, a year after anti-corruption protests swept the nation. Observers call it a missed opportunity. (20.01.2012)