Bean was selected to be part of NASA's third ever group of astronauts in 1963. He was one of only twelve men to ever walk on the moon. 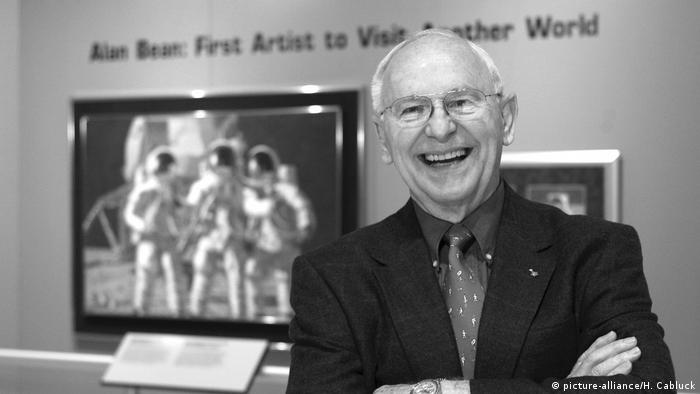 Apollo astronaut Alan Bean has died at the age of 86 after a brief illness, NASA said on Saturday. Bean was the fourth man to walk on the moon, and completed two moonwalks in November 1969 with the Apollo 12 mission.

"As all great explorers are, Alan was a boundary pusher," NASA Administrator Jim Bridenstine said in a statement, acknowledging Bean as part of 11 world records in the areas of space and aeronautics.

"We will remember him fondly as the great explorer who reached out to embrace the universe."

Bean spent a total of 31 hours on the moon, performing experiments and collecting soil and rock samples for further study.

"When you're getting ready to go to the moon, every day's like Christmas and your birthday rolled into one. I mean, can you think of anything better?" Bean told a 1998 NASA documentary.

'One of the great Renaissance men'

Born in Texas in 1932, Bean graduated the University of Texas with a degree in aeronautical engineering in 1955 and went on to the Navy Test Pilot School.

"I'd always wanted to be a pilot, ever since I could remember," Bean said in the NASA oral history. "I think a lot of it just had to do with it looked exciting. It looked like brave people did that. I wanted to be brave, even though I wasn't brave at the time. I thought maybe I could learn to be, so that appealed to me."

Bean was selected by NASA to be part of its third group of astronauts in 1963.

After his Apollo mission, Bean commanded the second crewed mission the first US space station, Skylab, in 1973, during which he orbited the earth for 59 days.

Following his retirement from NASA in 1981, Bean dedicated his time to depicting space exploration through works of art.

With his passing, only four of the twelve men who have walked on the moon are still alive – Buzz Aldrin, Dave Scott, Charlie Duke and Harrison Schmitt.

Schmitt paid tribute to Bean on Saturday, calling him "one of the great Renaissance men of his generation - engineer, fighter pilot, astronaut and artist."

It might not be any bigger than your own refrigerator, but the TESS telescope will deliver the stuff of your wildest sci-fi fantasies: Earth-sized planets by the hundreds, and all in the next two years. (16.04.2018)

A NASA spacecraft has blasted off for Mars on a mission to collect data on the Red Planet's deep interior. Researchers hope to gain clues about how Mars and other rocky planets like Earth formed billions of years ago. (05.05.2018)

Moon dust, a space suit, and US astronaut Neil Armstrong's long-lost bag have been put on display ahead of a Sotheby's auction. Space enthusiasts can take home a piece of history - if they're willing to pay for it. (14.07.2017)