In a new video, Somalia-based terror group al-Shabab has threatened Western shopping centers including one of the largest malls in the the US. Homeland Security Secretary Jeh Johnson is taking the threat "seriously." 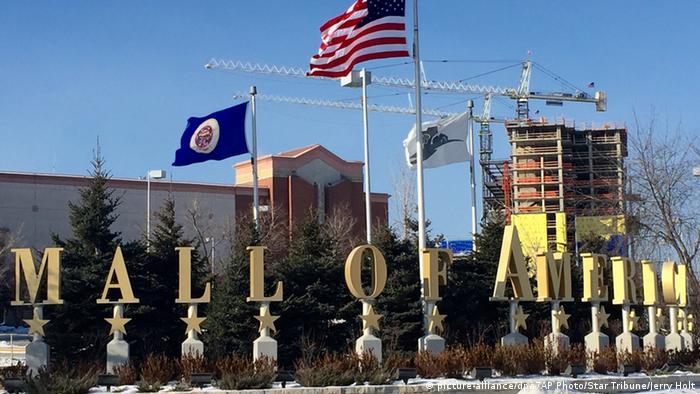 Al Qaeda-linked Somali terror group al-Shabab has released a video urging Muslim-extremists to attack shopping centers in the United States, Canada, Britain and other Western countries, prompting the US homeland security chief to warn potential shoppers to be cautious.

In the video, which emerged late Saturday, a masked narrator warned of more attacks in Kenya similar to the September 2013 Westgate Mall attack in Nairobi. He also called for attacks against Western shopping centers.

"If just a handful of mujahideen fighters could bring Kenya to a complete standstill for nearly a week, just imagine what the dedicated mujahideen in the West could do to the American or Jewish-owned shopping centers across the world," he said.

"What if such an attack were to occur in the Mall of America in Minnesota? Or the West Edmonton Mall in Canada? Or in London's Oxford Street? Or any of the hundred or so Jewish-owned Westfield shopping centers dotted right across the Western world," the narrator said.

US Department of Homeland Security chief Jeh Johnson said he is taking seriously the apparent threat to the Mall of America, one of the largest malls in the United States.

"Any time a terrorist organization calls for an attack on a specific place, we've got to take that seriously," Johnson said.

"The latest statement from al-Shabab reflects the new phase we've evolved to in the global terrorist threat, in that you have groups such as al-Shabab and [IS] publicly calling for independent actors in their homelands to carry out attacks," Johnson told broadcaster CNN. 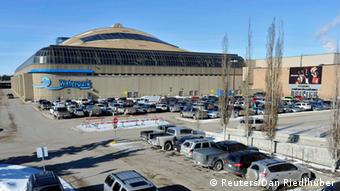 Not aware of any specific threat

US Department of Homeland Security officials said they were not aware of any specific credible plot against the Mall of America or any other American shopping center.

Similarly, staff sergeant Brent Meyer of Canada's Royal Canadian Mounted Police said "there is no evidence at this time of any specific or imminent threat to Canadians."

Some US officials were skeptical about the credibility of the purported threats made in the video.

"In balance, I don't think this video adds much on top of the ubiquitous 'lone offender' threat, one US official speaking on condition of anonymity told the Reuters news agency.

'I'm more afraid of the cold'

Shoppers at Mall of America Sunday appeared unfazed by the purported threat.

"I'm more afraid of the cold today than any terrorists," Mary Lamminen, of St. Paul, Minnesota, told the Associated Press.

The Kenyan government for its part dismissed the al-Shabab video.