′Al Qaeda virus is spreading like wildfire′ | World| Breaking news and perspectives from around the globe | DW | 22.01.2014

Libya's inhospitable south has become the scene of violent clashes between Arab and Tebu tribes. DW spoke to Adam Rami Kerki, the leader of the main political organization of the Tebu people. 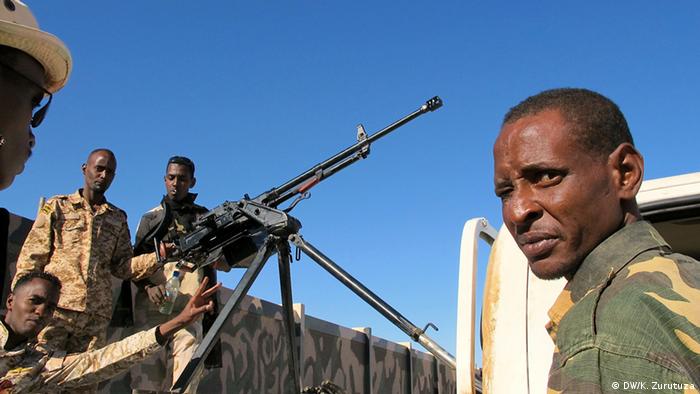 The security situation in southern Libya has been increasingly fragile in recent months but tribal tensions between Tebu and Arab armed groups reached their peak this month after the murder of one of the city's revolutionary commanders, Mansour Al-Aswad, by Tebu gunmen. Dozens have been killed in less than a week in some of the worst post-revolution violence seen in Sebha, capital of the southern Fezzan province, since March 2012.

The Tebu people are inhabitants of the vast and inhospitable desert region criss-crossed by the borders of Libya, Chad, Sudan and Niger. The majority of them live in northern Chad, around the Tibesti mountains.

Along with the Amazigh, the Tebus are also part of Libya's non-Arab indigenous population but, according to their main political leader, Adam Rami Kerki, who heads the Tebu National Assembly, the post-war government is "sticking to the same Arab-Islamist rhetoric as the ousted dictator (Moammar Gadhafi)."

DW: The head of Sebha's local council, Ayoub Al-Zaroug, recently compared the situation in Sebha to a war zone. What is your assessment?

Adam Rami Kerki: It's yet another episode of the brutal assimilation we are subjected to by Arab people. It's all about tribalism and racism but I also want to underline that most of us are not dying in battle but in the hands of murderers in markets, schools… or simply because we don't receive adequate treatment in hospital after being injured. And things can only get worse.

Some claim the Arab Awad Suleyman tribe involved in the clashes are Gadhafi loyalists. Are they?

The crux of the matter today is that the Awad Suleyman tribe keeps very strong ties with Ali Zeidan, Libya's prime minister. He is backing the national army as well as three Arab tribes against the Tebu. Their main goal is to get control of an area they claim their own so they need to wipe out the local Tebu population.

Libya still looks like a lawless country well over two years after Gadhafi was killed. What's the status of the Tebu people in post-war Libya?

Behind our main problems is the stubborn will of the current Libyan government to identify Libya as an "Arab" country, exactly the way Gadhafi did. The new executive sticks to the same Arab-Islamist rhetoric as the ousted dictator. In fact, in Libya we had not heard the word "Arab" until the arrival of Gadhafi to power in 1969. We may not be Arabs but we are doubtless Libyans. But it seems to me that a large segment of society still doesn't understand this paradigm. Tell me, what makes you an Arab? Is it the color of your skin? Is it religion? Maybe the language you speak? Again, we are Libyans. In fact, human traces have been found in our region dating back more than 30,000 years ago. 85 percent of those who call themselves "Arabs" in Libya are just North Africans who lost their language at some point. 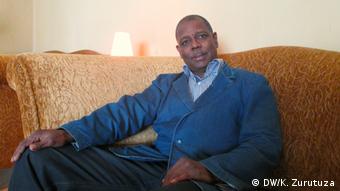 You denounce racism. How prevalent is it in post-war Libya?

Racism is still widespread in Libya. Black people are often labelled as "Gadhafists" but nobody talks about the Moroccans and Algerians who fought on the side of the dictator. And the sad truth is that we were brutally repressed under Gadhafi. Our land was taken, our shrines levelled, our people displaced… Gadhafi even denied Libyan citizenship to many of us.

Libyan Amazigh senior leaders have repeatedly told DW that they feel excluded from the body that will draft the new constitution. Is that also the Tebus' case?

It's very much the same one. Libya's minorities, the Amazigh, the Tuareg and the Tebu have six seats, two for each, in the Committee of 60 but its a system set to rule on majorities of two-thirds plus one so you need 41 votes out of 60 to reach an agreement. Our language should be co-official and we also want to decide on key issues concerning the country. We want a system based on consensus and not majorities so we have decided to boycott the committee.

So what model of state do you want to see?

One of Libya's most pressing problems is that nobody has a clear idea of what kind of country they want, many still do not understand the concept of "citizenship." Some speak of an "Islamic state," others about a "Caliphate," an "Arab state"... We are in the 21st century, we don't want a king or an Islamic Republic. We want a country built by and for all Libyans, well grounded on human rights, mutual respect and democracy.

Ahmed Zubair al-Senussi, leader of the Cyrenaica Council, declared Cyrenaica a federal region in 2013. Would you favor such a model for Fezzan province?

There's no need for a federal state as long as everyone's rights are granted in Libya. In the case of Benghazi - Cyrenaica´s capital - their leaders are not political but tribal and they lack training. Constructing a state around tribal lines would be a mistake only equal to that of an Islamic state. We call on the international community to help us build a democratic state. .

Radical Islamic groups seem to be gaining momentum across Libya.

The al Qaeda virus is spreading like wildfire, and not only across Libya but also throughout the whole of North Africa and the Sahara. The power vacuum in Libya, Tunisia and Egypt after the 2011 uprising is a perfect scenario for them. Today it is difficult to distinguish between the Muslim Brotherhood, al Qaeda, Ansar al Sharia, the Salafists ... it's hard to know who is who. Without going any further, around 15 members of the GNC - Libya's interim legislative body - are linked to radical Islamic groups.

After repeated clashes in Tripoli, hundreds of women have demonstrated for an increased presence of the military and police. A military withdrawal from the capital helped spawn the conflict - with no end in sight. (20.11.2013)

Dozens of protesters were killed and hundreds wounded in militia violence in Tripoli. Public anger is aimed at a weak government. Now, more militia fighters are marching toward the capital to fill a power vacuum. (16.11.2013)