It's the end of the road for the Qatar-owned news network that set out to shake up the American media landscape. While CEO Anstey blames consumer behavior, some say the truth lies elsewhere: the low price of oil. 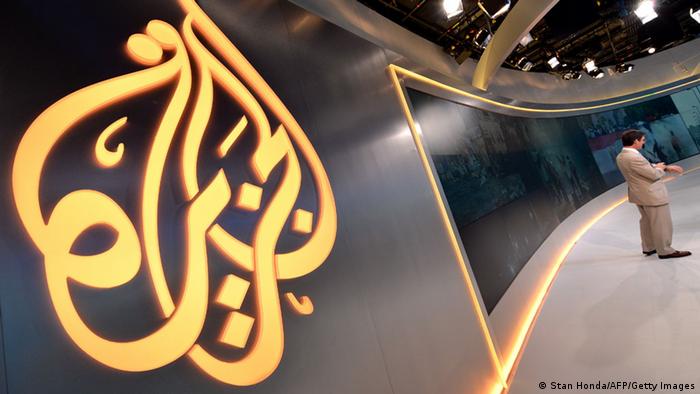 Less than three years after going on air, Al Jazeera is pulling the plug on its US outfit that set out to shine a light on American news many other 24-hour cable networks seemed too busy ignoring - such as racial inequality, poverty and the darker sides of the US military.

"Al Jazeera America will shutter its cable TV and digital operations by April 30 of this year," the company announcedto the shock of its hundreds of staffers.

The decision, said CEO Al Anstey, was "driven by the fact that our business model is simply not sustainable in light of the economic challenges in the US media marketplace."

From the outset, AJAM - as it is known by the people who work there - was facing an uphill battle. In a media landscape already jam-packed with around-the-clock news channels, the Qatar-backed network was fighting to catch viewers' attention. Last year, even prime-time shows struggled to attract more than 30,000 viewers, according the Nielsen rating service. In early October, 2013, less than two months after its highly-touted debut, viewership was so low Nielsen could literally not register anyone watching in the key demographic aged 25-54.

Some blame the network's fate on its doomed-to-fail decision to keep its Arabic name: Al Jazeera, meaning "The Peninsula" - a household name for any American, who had paid attention to the news following the 9/11 terrorist attacks on the World Trade Center in New York. At the time, the Arabic-only news channel had become Osama bin Laden and the Taliban's go-to outlet for propaganda videos, drawing the scorn of many Western viewers, who accused it of giving a voice to terrorists.

Another issue was damaging distribution deals, which "prohibited [AJAM] from 're-purposing' its news clips on its own Web site," according to a "Washington Post" interview with Ray Suarez, host of AJAM's "Inside Story." This has proven all but fatal at a time when US viewers are turning their backs on TV, nearly 80 percent go online to stay informed, and more than a quarter cite their smartphone as their gateway to the news world.

"It's been a tremendous handicap," Suarez told the Post. "People have asked where they can see a show online or where they could get a clip in order to post a link. And we've had to say, 'Those things are not available.'"

But another theory is beginning to transpire as to the real reason for AJAM's demise: energy prices. When the Doha-based media network set its sights on America, the price of oil was more than triple of what it is today. As it just so happens, the company receives most of its funding from the House of Thani, Qatar's ruling family, which has made billions off of the country's vast energy resources. And thus, at the time, paying $500 million (459 million euros) for Current TV, which would become AJAM, seemed like a modest price to pay for quick and easy access to the world's biggest media market.

Since then, however, demand for the commodity has dwindled, and, in turn, so has the size of the Kingdom's pockets. In other words: Something had to go. And it sure wasn't going to be the 2022 World Cup, which, despite the controversy, is likely to yield a much higher return on investment, than a niche news station.

"I know the closure of AJAM will be a massive disappointment for everyone here who has worked tirelessly for our long-term future," CEO Anstey wrote in an email to his staff. Whether the April 30 will spell the end of Al Jazeera in America remains up in the air. Acknowledging that times are changing, and that there is only a future for those who change with them, the Al Jazeera parent company has "[committed] to a significant expansion of its worldwide digital operations into the US market."

"As audiences increasingly turn to multiple platforms, including mobile devices, for news and information, this expansion will allow US and non-US consumers alike to access the network's journalism and content wherever and whenever they want," the Al Jazeera Media Network said in its statement.

"By expanding its digital content and distribution services to now include the US, the network will be better positioned to innovate and compete in an overwhelmingly digital world to serve today's 24-hour digitally focused audience."

But unless that content is produced in the US, this is unlikely to provide much comfort for the hundreds of journalists who are set to lose their jobs when the TV goes blank in less than four months.

Three of the suspects, who are between 13 and 14 years old, face charges of "complicity in a terrorist murder,"