Airbus has posted a record year and logged more new orders than Boeing but its banner year was pipped by its US rival when it came to actual deliveries of jets. Boeing's orders were worth more than the Europeans' too. 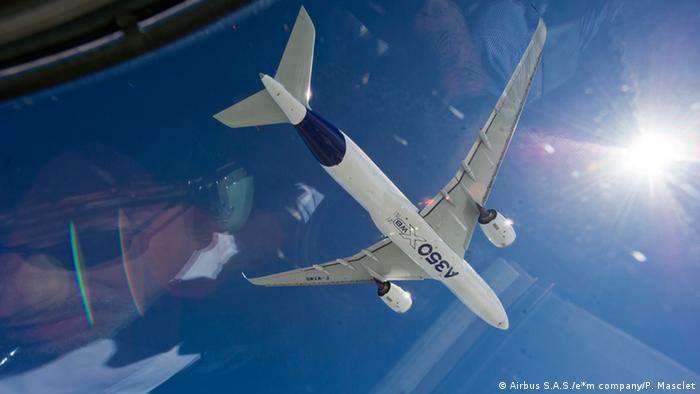 European planemaker Airbus said Tuesday it had won a narrow victory over American rival Boeing in their fierce competition for new orders, but the Seattle-based company was able to deliver more planes and its orders were more lucrative.

Airbus edged past Boeing as it notched up new orders for 1,456 jets, slightly ahead of the US firm's 1,432. It was Airbus's second-best year ever. Boeing announced its figures last week.

"2014 has been an excellent year and the teams in Airbus not only delivered on, but exceeded their targets and commitments," Airbus CEO Fabrice Bregier said.

Both firms have something to cheer about

But as both firms posted record deliveries, the French-based manufacturer delivered 629 jets to customers, slightly fewer planes than Boeing, which delivered 723.

Even so, the near parity in orders suggests the two companies will split the market almost evenly for the foreseeable future. Boeing's CEO sounded pleased with his company's performance in the face of Airbus's onslaught.

"What the Boeing team achieved in 2014 is truly unprecedented, especially in the face of fierce competition," Ray Conner said.

The two companies have been enjoying a boom as airlines replace older jets with newer, more fuel-efficient models. With the new orders, Airbus's order backlog is now a record 6,386 jets, more than Boeing's 5,789 planes. 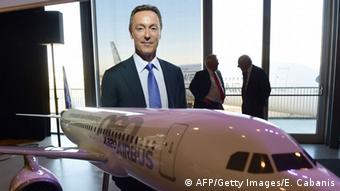 Both Airbus and Boeing have amassed marge numbers of orders for high-technology mid-to-long range new jets - the Boeing 787 Dreamliner and the Airbus A350 - that are only now making their presence felt on the market. Both aircraft replace structural metal with carbon composite materials to save weight.

Airlines have also ordered hundreds of the planned updated and re-engined versions of the key Boeing 737 and Airbus A320 single-aisle planes, even though they have yet to enter service. Some 485 of Boeing's deliveries in 2014 were 737s, while Airbus was even more dependent on its A320 family, rolling out 490 of them.

In contrast, the largest aircraft in both manufacturers' ranges have been flops, with Airbus selling only 14 of its A380 superjumbo against modest expectations that 30 would be sold. Boeing managed only two orders for its 747-8, the latest version of its venerable jumbo jet.

The European Union has launched yet another dispute at the World Trade Organization over what it considers illegal US subsidies for Boeing. It claimed the state of Washington was offering WTO-incompatible tax breaks. (19.12.2014)

Germany's second-largest carrier has said it canceled orders with Boeing with a list price of several billion dollars. Air Berlin noted the move came amid increased endeavors to save costs in the years ahead. (26.09.2014)

European aerospace company Airbus has seen its profit nearly halved in the third quarter as the falling euro weighed on net earnings. But the result will not affect full-year guidance, the aircraft maker said. (14.11.2014)

In addition to part of one Frankfurt Airport terminal, the airport's regional train station was also closed. The operation was connected to an abandoned piece of luggage found to be harmless, police said.